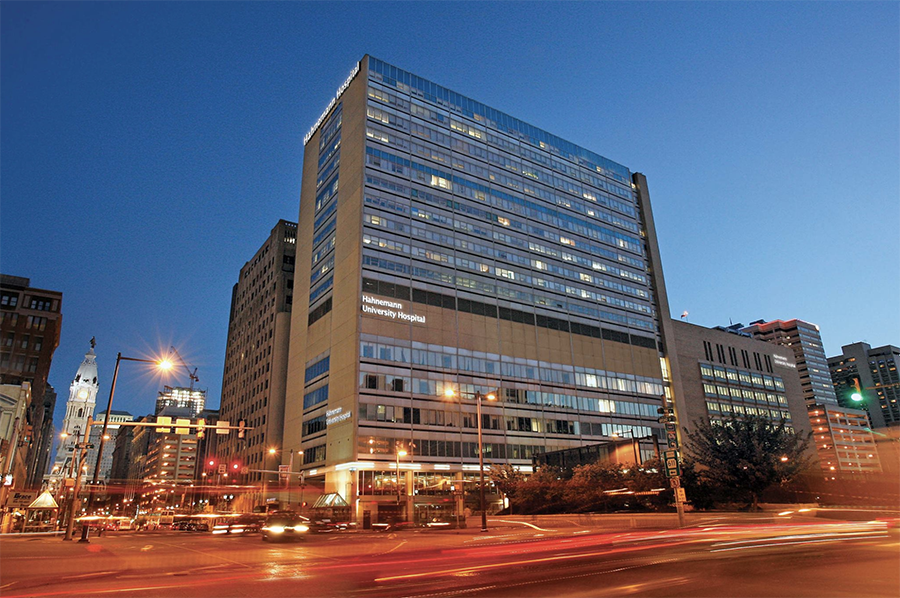 Despite Hahnemann University Hospital announcing it will close by Sept. 6 due to “financial difficulties,” an LGBTQ-focused health center will open and the medical center’s Transgender Fellowship Training Program — among the first of its kind in the United States — will live on at a new home.

The year-long fellowship, officially launched in July 2018, will move to Thomas Jefferson University Hospital in Summer 2020. There will be no 2019-20 fellow given the instability at Hahnemann.

Fellows receive in-depth training on performing gender-affirming surgeries and sensitive interactions with the trans community under Dr. Kathy Rumer, the fellowship director. Rumer started at Hahnemann in 2016 and performs more than 400 gender-affirming surgeries there annually, she told PGN. Rumer also directs Hahnemann’s Transgender Surgical Program, where she has helped LGBTQ clients both from Philadelphia and other countries including Japan, China, Australia and Iceland.

The fellowship’s continuation at a new site will also expand the resources for LGBTQ healthcare in the city, Rumer said. Jefferson is partnering with Rumer to open a “multi-disciplinary gender center” that will serve as a “one-stop shop” for LGBTQ people and their health care needs. It will include psychiatry, endocrinology, preventative care, primary care, voice therapy and other services, Rumer added, and will likely open before Summer 2020.

“We could never really get it off the ground at Hahnemann because of the financial issues that are going on there,” Rumer added. “But that was always the plan, and now that we’re in an environment that can support that, we’ll be able to make that happen.”

The center will also commit to researching medical issues relevant to the LGBTQ community, she said.

“Gradual and orderly” closing procedures at Hahnemann began July 1, according to the hospital. Inpatient admissions will end this month.

American Academic Health System LLC, the parent company of Hahnemann and North Philadelphia-based St. Christopher’s Hospital for Children, also filed for bankruptcy on June 30. The organization acquired the two medical centers from Tenet Healthcare Corporation in 2018 in a $170 million deal. St. Christopher’s will remain open, according to a statement by Joel Freedman, founder and president of American Academic.

Reactions of outrage and calls for action have reverberated across the state following Hahnemann’s announcement. Closure of the 496-bed facility would leave more than 2,500 hospital employees jobless and force other area hospitals to accommodate Hahnemann’s existing patient base.

Medical facilities are required to give the Pennsylvania Health Department 90 days notice before closure and submit a plan outlining finances, administrative and staff changes and arrangements for the transition. On June 27, the department issued a Cease and Desist Order requiring Hahnemann officials to halt any actions aimed at closing the hospital until a closure plan was approved.

“The Department has determined that an immediate closure of Hahnemann or the termination of any services without a Department-approved closure plan may cause irreparable harm to the health and safety of patients in the City of Philadelphia and surrounding areas,” the Cease and Desist reads. “Specifically, if Hahnemann or any part of the facility closes prior to the upcoming July 4 holiday, it could have wide-spread effects on the City, especially given the importance it plays in our Nation’s July 4 celebration and the number of tourists and other individuals expected to be present.”

On June 29, the hospital announced it has stopped accepting trauma patients in its emergency room, though the department will stay open for patients with non-traumatic ailments. Hahnemann’s trauma center, founded in 1986, was the first official Level I Trauma Center for adults in Philadelphia.

“Every Philadelphia hospital currently has emergency room wait times well in excess of the state and national averages,” the letter states. “Other area hospitals simply cannot absorb the patients Hahnemann currently serves without compromising the quality of care they are able to provide. These are matters of life and death.”

Kenyatta told PGN that closure of the hospital is akin to its owners “putting the trans community at risk to make a buck” at a time when healthcare is on the forefront of Americans’ minds.

“Particularly our LGBTQ community, particularly when you have so many of our trans folks who are feeling more empowered that they can be who they are and they need medical treatment, just think about what’s going to happen when we lose the hospital,” he said.

Hahnemann is the primary training grounds for Drexel University medical students. The West Philadelphia college threatened to sue the hospital on June 24 if it closes, though Philadelphia’s Court of Common Pleas turned away early filings the school put forth.

In April, Hahnemann laid off 175 employees, including 65 nurses, 22 service and technical workers and 88 non-union employees, hospital officials said at the time. They added the hospital was losing up to $5 million per month.

The Hahnemann closure comes in tandem with the shuttering of the South Philly-based Philadelphia Energy Solutions refinery — the largest refinery on the East Coast — after its June 19 explosion. Between the two incidents, about 3,500 Philadelphians will become unemployed, according to City officials, who also plan to hold job fairs for displaced workers throughout July.

“I’m deeply concerned about the impact that the closure of these large companies will have on local workers and their families, and I’m disappointed that we are seeing these closures happening in such quick succession,” said Mayor Jim Kenney in a statement. “I want PES and Hahnemann workers to know that the City and all of our workforce development, labor, and private sector partners will do everything we can to help them during this difficult time.”