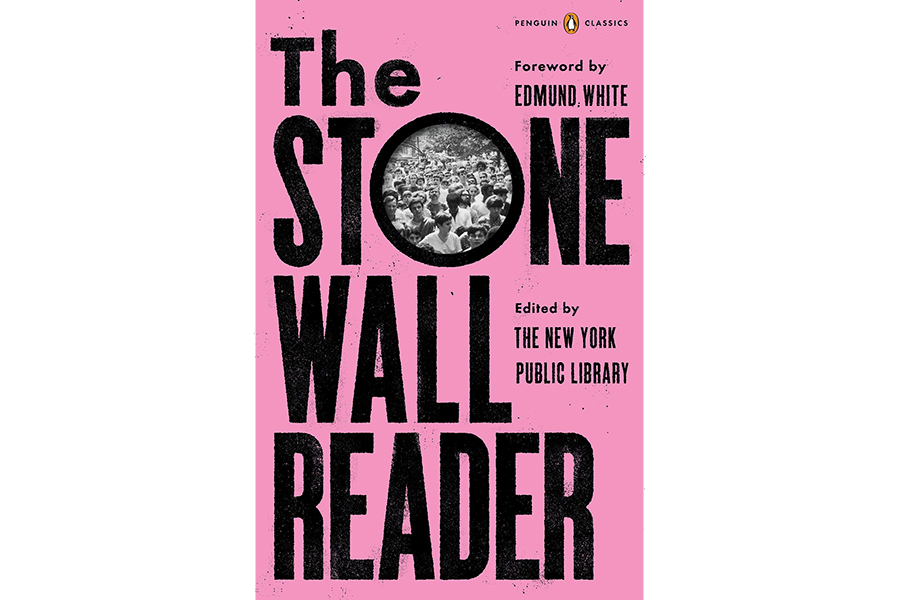 During a Pride month that celebrates the 50th anniversary of the heralded Stonewall uprising in the most pop-culturally driven ways — from Taylor Swift’s rainbow flag Stonewall performance to themed cocktails such as Cape Mentelle’s Cape-Tini — it’s crucial that the 1969 riots are represented in a serious and literate sense.

“The Stonewall Reader,” edited by Jason Baumann, is a first-person account of the Stonewall riots, focusing on the years immediately before and after.

With a foreword by Edmund White, the narrative is driven by the likes of Ernestine Eckstein, the renowned African American lesbian activist, Sylvia Rivera, cofounder of Street Transvestites Action Revolutionaries (STAR) and PGN publisher Mark Segal.

Baumann, New York Public Library’s coordinator of humanities and LGBTQ collections, shapes short, sharp narratives into a cohesive whole in the collection. Together with Segal and “Stonewall Reader” contributors Karla Jay and Joel Hall, Baumann helps the riots come alive at the Free Library’s main branch on June 20 with a group discussion and reading.

“We were approached by Penguin Classics about the possibility of doing an anthology and embraced the opportunity. There are so many amazing pieces in our archives, including the archives of Eric Marcus, Barbara Gittings and Kay Tobin Lahusen, the NYC Trans Oral History Project and our collections of rare LGBT magazines from the ’60s and ’70s. It’s an amazing opportunity to give the public a deeper exposure to these archives and this vital history.”

As the curator and editor, Baumann wanted the “Reader” to feature three sections. The first, “Before Stonewall,” provides a range of autobiographical narratives allowing readers to understand what it felt like to be LGBTQ in the 1960s, as well as the pioneering activism that took place during this period. The second section, “During Stonewall” looks at Stonewall through the first-person accounts of 14 eyewitnesses, and the last section, “After Stonewall,” introduces readers to the wide range of political possibilities that opened after Stonewall and the emergence of LGBT liberation movements.

“Rather than have people write new works, I really sifted through the archive to get the most original, passionate and readable pieces that would illuminate Stonewall,” said Baumann. “It was such an honor to be able to work on this anthology. So many of the writers and activists in the book have been my personal heroes throughout my life. It was truly inspirational to be able to work on this.”

Baumann had some takes on Philadelphia’s participation in and around Stonewall, and said, “In the anthology and the Library’s exhibition, I try to introduce readers to this history of the annual Reminder marches at Independence Hall, the Dewey’s Restaurant sit-ins, and the exciting Gay Liberation organizing that took place in Philadelphia, among many other events. Philadelphia has such an important LGBTQ history.”

When asked if Baumann is an activist or artist first when it comes to all matters LGBTQ, he said, “I’d have to say that I’m a librarian first,” laughing. “I’m always trying to expose people to the amazing history of LGBTQ literature, politics and culture. There are so many stories and people that are not remembered that can guide us and inspire us today.”