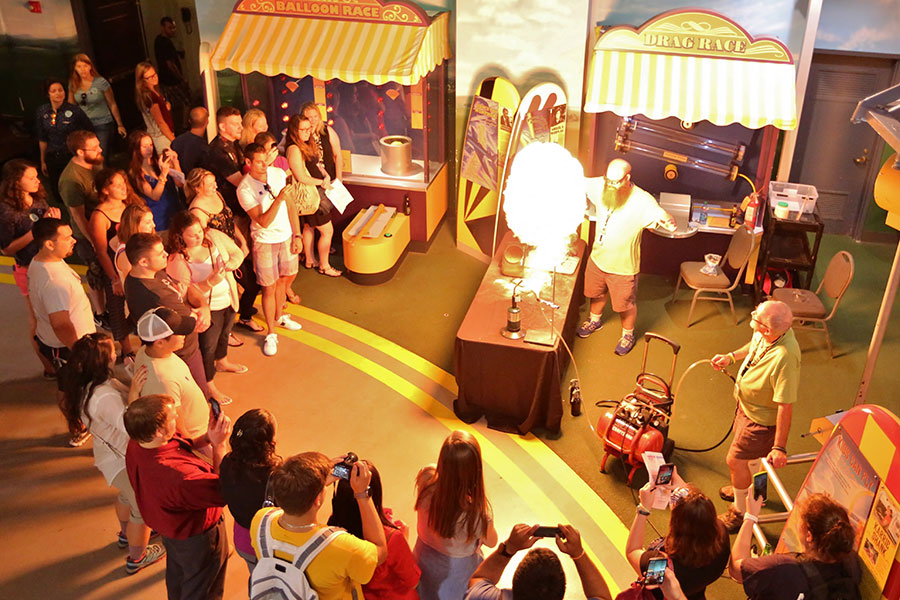 Often, science-based museums are perceived as family affairs — something fun and educational for the kids while parents serve as chaperones. That is a perception that the Franklin Institute, Philadelphia’s premier science and technology museum, has been working to change.

About five-and-a-half years ago, the Franklin initiated its monthly Science After Hours program aimed at adults 21-plus. Remarkably successful, the event averages almost 2,000 attendees each month.

According to Adam Piazza, adult programs specialist at the Franklin Institute, the Pride edition of Science After Hours presented unique challenges. Traditionally, biographical information is provided about scientists whose work is relevant to the month’s programs or exhibits.

“That posed a particular problem,” admitted Piazza. “Historically, there aren’t that many scientists we know for a fact were LGBT. Given the oppressive nature of society in the past, and of the scientific community in particular, scientists in the past tended to keep their personal lives quite private. Any kind of personal scandal would likely get their work discredited.”

Nevertheless, proving true the old gay adage that “we are everywhere,” Piazza and his researchers were able to find a number of historically important scientists who are known to be LGBT.

The most tragic might be Alan Turing, an early computer scientist, who famously broke the Nazis’ infamous Enigma Code, which directly facilitated the Allied victory in World War II. Despite that achievement, Turing was brought up on sodomy charges and was forced to submit to chemical castration, which led to his eventual suicide. Turing laid the groundwork for the eventual computer revolution, which has transformed the modern world.

Aside from a trip through science history, the Franklin pulled together a series of programs and activities.

Timaree Schmidt — a local sexologist, writer, podcaster, professor, consultant and activist — will be giving a lecture on the current science behind our ideas about sex and gender.

Interactive activities will focus on various rainbow-related themes. People will learn how rainbows are made, which will lead to an examination of prisms and spectrometers. Participants will be able to create various rainbow-colored mixtures that erupt from test tubes.

Some of the more social activities will include vogueing lessons conducted by members of the POSSE Project, Lamish Voltaire and Legendary Bubby Revlon. DJ Robert Drake will work the dance floor.

Several community organizations have partnered with the Franklin Institute to present Science After Hours: Pride. These include, among others, Philadelphia FIGHT, the Society of Women Engineers and GALAEI. 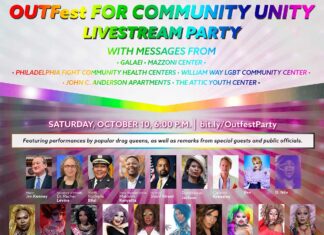 Sebastian Fortino - September 23, 2020 6:49 pm 0
Philadelphia, like many cities around the world, had to cancel Pride this summer due to the coronavirus pandemic. There was hope that...