Question to my readers: Am I the only person who looks for all the exits when entering Woody’s, Tabu, or Voyeur since the Pulse nightclub shooting?

It was this week three years ago on June 12, 2016 that 49 people were killed and 53 wounded inside an Orlando nightclub. The Pulse shooting shook me to my core. I remember asking myself, how many times have I been in a club drunk, stumbling, not incoherent? The Pulse nightclub shooting let every LGBTQ person in the country know we are not exempt from the epidemic of mass shootings in the United States.

One victim of the shooting has always stood out to me, Shane Evan Tomlinson. I do not believe in coincidence, so when I was at a dinner party three years ago and was sitting right next to Quinton Simmons, Shane’s best friend, I knew I would have to get to know him. Quinton shared with me how Shane was an up-and-coming singer who would sing everywhere, and before he went to Pulse that night, he was performing with his band “Frequency.”

Quinton shared with me how devastated he was by the murder of Shane. Shane had a bit of a bigger profile than some of the other victims of the shooting due to the fact that so many people knew him as a performer. Shane lived his life to the fullest and people loved being around him. Quinton told OUTPour “I would always shy away from conflict; however, Shane would check me and say I would need to handle it. He was my muscle and held me accountable.”

Shane is a friend we all need in our lives.

When talking to Shane’s friends about his life, I continued to notice these moments of deep sadness and then joyous laughter. I realized the people closest to Shane were still healing and trying to find a balance between mourning the death of their loved one and celebrating the life he had. Although I didn’t know Shane, I could feel his energy through his friends and see how he was able to touch them and have such an impact on their lives.

The Pulse nightclub shooting was only three years ago, but its effects will be with me and other LGBTQ people forever. As you continue to celebrate this LGBTQ Pride Month in the clubs and at block parties, will you look for exits now? n

Antar Bush is a public-health advocate, professor at West Chester University and executive producer of the online talk show OUTPour LGBTQ. He is committed to advocating for health equity in all communities. Follow him on Instagram @antarbushmswmph. 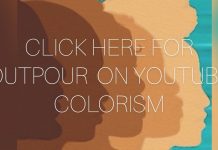 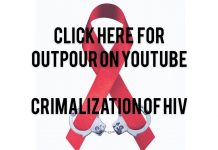