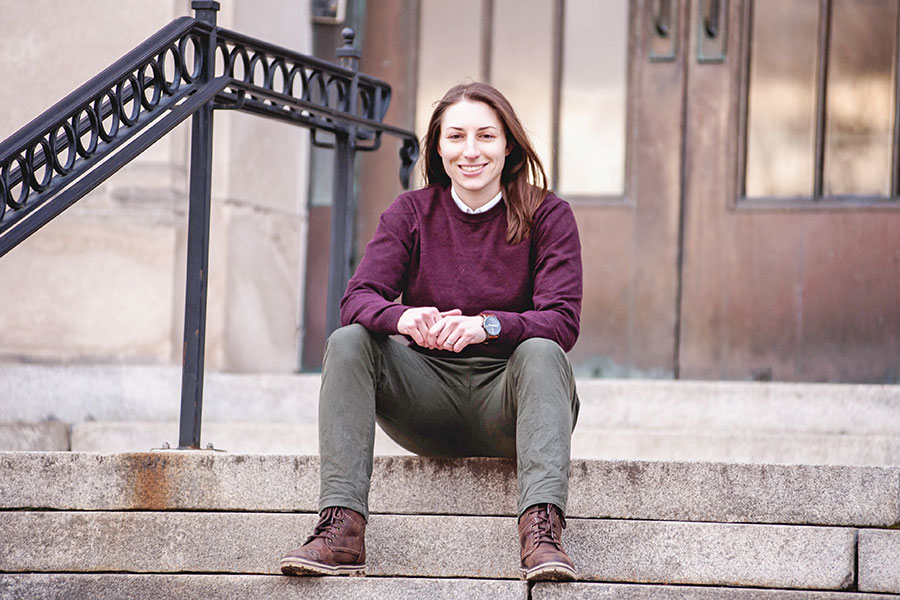 This May, physical therapist and longtime activist Jessica Rothchild was one of two Democratic candidates to excel in the Scranton City Council primary race. If she wins the general election in November, she will be the first openly gay person to hold such a position in Scranton.

“I was really disappointed that we didn’t have enough out LGBTQ representation in Northeast Pennsylvania,” Rothchild said. “And we also didn’t have any women on our City Council; [it’s] made up of five white, heterosexual, cisgender men.”

“We don’t need a queer and a queer nation,” Bolus said in the meeting. “Everywhere you look, they say we’re a queer group, we’re going to change around how you people think, you must follow our rules.”

Bolus, an avid Trump supporter and convicted felon, has made several failed attempts to run for mayor of Scranton in the past.

In a report from Scranton’s news station WNEP, City Council members made it clear that Bolus should have been removed from the meeting because of his comments. In this week’s meeting, he voiced similar opinions about Rothchild and was ultimately escorted out.

Bolus told PGN about his homophobic comments, “Jessica opened a door for comment. She made it that she intends to use the forum to further her advocacy in City Council, and I find that offensive. There is no hate, there is no bigotry. I have people from the gay community working for us, but they don’t go ramming their personal lives down our throats,” Bolus said.

Rothchild said she is not fazed by Bolus’ comments, and plans to keep running her campaign as usual.

“This is a very small percentage of people who feel this way,” Rothchild said. “This does not represent our area at all. We’re very welcoming and accepting, and we do have to stand against hatred and bigotry when we see it.”

Bolus stated that he intends to do everything in his power “on the Republican side” to prevent Rothchild from gaining the City Council seat. However, Rothchild received 53 Republican write-in votes for her candidacy.

“There were plenty of Republicans too who were willing to vote for me,” Rothchild said. “I’m going to represent everyone on City Council.”

She might have the opportunity to do so, as she led the primary election with 28 percent of votership at 4,020 votes.

Rothchild has been involved in local politics for the past decade or so. She is currently serving a four-year term on the PA Democratic Committee and serves as a commissioner on the Governor’s Commission for Women and is LGBT Caucus Secretary for the Lackawanna County Democratic Committee, to name a few of her political endeavors.

She has been engaging with the Lackawanna County community, holding weekly coffee meetups where residents can raise concerns about important issues. She said she has found that people from all over Scranton are excited to have a young woman who is relatively new in the local political landscape.

“There’s so much potential that I really want to work on,” Rothchild said. “I want to showcase Scranton and let people know why it’s such a great place to live and get more people there.”

Rothchild is open about being married to her wife, Bridget, but her sexual orientation has nothing to do with why she’s running for City Council, she said.

Rothchild plans to use her time in office to address local issues facing the Scranton community, such as attracting younger residents to the city, addressing the issue of blighted properties, strengthening local businesses and tackling larger issues of debt and corruption.

“I’ve had so many positive reactions from people and so much support,” Rothchild said. “And that is overwhelmingly more important and meaningful than what this one man thinks.”