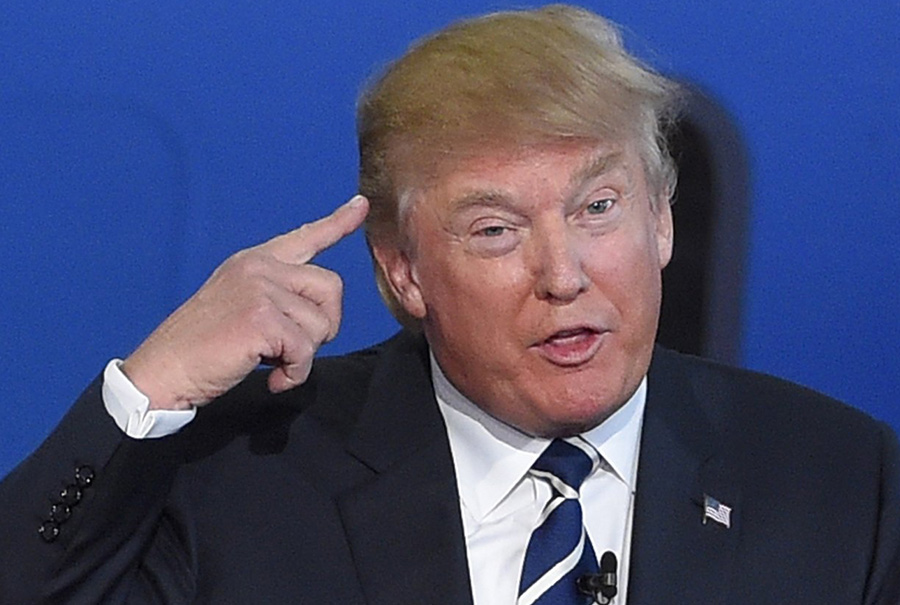 Donald Trump is the most anti-LGBTQ president in recent history. While past presidents might very well have hated LGBTQ people more, Trump has certainly been the most openly hostile.

Actions speak louder than words. And nothing about the Trump presidency has been positive for LGBTQ people.

Let’s take a look at Trump’s Tweet, posted May 31:

“As we celebrate LGBT Pride Month and recognize the outstanding contributions LGBT people have made to our great Nation, let us also stand in solidarity with the many LGBT people who live in dozens of countries worldwide that punish, imprison or even execute individuals on the basis of their sexual orientation. My Administration has launched a global campaign to decriminalize homosexuality and invite all nations to join us in this effort!”

First of all, Trump did not issue an official proclamation that June is Pride Month, unlike Obama. So Trump is neither “celebrating” nor “recognizing.”

It’s the next part that gets interesting. Trump claims he wants to “stand in solidarity” with LGBT people who live in places that “punish, imprison or even execute” them, and he invites all nations to join his administration’s efforts to “decriminalize homosexuality.”

What he’s actually saying here is, “Hey LGBTQ Americans, it’s not like we’re throwing you in jail and putting you to death. So quit yer complaining.”

He’s also saying, “Don’t look at the ways my administration is hurting LGBTQ people in America. Look at places like Syria where gay people are pushed off of buildings! We’re not as bad as the Islamic State!”

And it’s true. The extrajudicial killing of LGBTQ people is not currently legal or government sanctioned in the U.S. — but that’s a pretty low bar.

Trump isn’t necessarily trying to make his administration look better on LGBTQ issues, he’s highlighting some of the most heinous actions in predominantly Muslim countries under Sharia in order to paint all Muslims as violent and hateful.

Iran is the perfect example. Homosexuality is punishable by death there, which is beyond reprehensible. We should absolutely be horrified by this. But does the Trump Administration really care about the lives of LGBTQ Iranians? I highly doubt it. What the Trump Administration does care about, however, is portraying Iran as a backward country full of violent extremists. That makes it just that much easier to sell the American public on going to war with Iran or dismissing the effects that harsh sanctions have on civilians there.

Most folks can see right though Donald Pride Trump, though he has some of his supporters worried.

Bryan Fischer says that Trump is making a big mistake.

“If the president’s advisers think this is going to cut any ice with LGBT activists, they haven’t been paying attention,” Fischer writes on the American Family Association website. “Gay activists are hostile, implacable and vengeful toward their political adversaries.”

Imagine that, gays being “hostile” and “implacable” when it comes to people who want to deny us our very humanity, who want to control our sexuality and gender expression and who want to dismantle our families. I just can’t imagine why we’re so darn stubborn.

“President Trump is simply and badly wrong to grab the rainbow flag and cheerlead the global LGBT parade,” he writes.

Is Fischer naive enough to think that Trump is really the Grand Marshal of Global Pride? Probably not. Though the idea that Trump would in any way acknowledge LGBTQ people with even the most tepid support enrages him.

“Because homosexuality is immoral, unnatural and unhealthy, it is a practice that no rational society should ever embrace, celebrate, subsidize or celebrate,” Fischer writes.

Nice. But please tell me again how “hostile” LGBTQ people are toward pathologizing our lives and the wholesale denial of our right to exist.

It seems pretty clear that Fischer, who also hates Muslims, knows what game Trump is playing.

“Outside of Muslim countries, the death penalty for homosexuality is largely a myth,” he writes. “For instance, there is not even one confirmed example of a homosexual being put to death in Victorian England, not one.”

It all comes down to demonizing Muslims. And glorifying Victorian England? I mean, “not even one confirmed example of a homosexual being put to death?” Sounds very on-brand for Trump. By all means, hand Trump a rainbow flag and put him in a time machine with a one-way ticket.