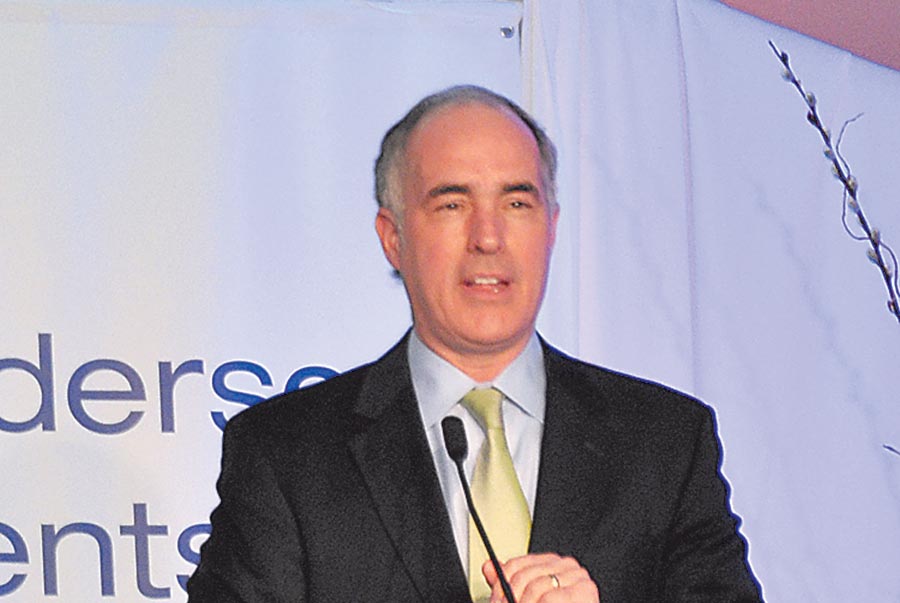 Senator Bob Casey (D-PA) attended a roundtable discussion this week with a group of LGBTQ seniors at the John C. Anderson Apartments.

The roundtable, held May 28, was conducted r to receive feedback on issues impacting LGBTQ seniors that could inform the senator’s efforts to pass the recently-introduced Inclusive Aging Act.

Casey and two principle co-sponsors, Michael Bennett (D-CO) and Lisa Murkowski (R-AK), introduced the Inclusive Aging Act into the United States Senate earlier this year. The bill is intended to increase access to programs and resources targeted to meet the special needs of LGBTQ seniors. The bill establishes an Office of Inclusivity and Sexual Health in the federal Administration on Aging, and would designate older LGBTQ Americans as a population of “greatest social need,” among other initiatives.

In his opening remarks, Casey explained the need for the Inclusive Aging Act and how it would address some of the specific concerns of seniors. As was explained in a prepared statement, “Through the Older Americans Act, the federal government has directed millions of dollars and significant resources to help address the needs of older Americans. Unfortunately, there is still limited investment in addressing sexual health care for older Americans and the diverse needs of older LGBT Americans.”

Casey sought feedback from members of the community that will be most impacted by the bill’s provisions. He said he hopes this feedback will provide insights that could facilitate the bill’s passage.

A panel of seven LGBTQ seniors living at the John C. Anderson Apartments — Tyrone Smith, Katherine Allen, Ben Shuler, Elizabeth Caffey Williams, Roosevelt Adams, Karen Smith and John James — were invited to participate. Most had an extensive resume of activism and advocacy within the community.

Chris Bartlett, executive director of the William Way LGBT Community Center, moderated the roundtable. Bartlett posed a number of questions to the panelists, most of which had to do with the common issues facing LGBTQ seniors, allowing them to provide suggestions and insights based on their personal experiences.

Smith shared a perspective that was echoed by many of the other panelists. “We’re all in the same boat,” he said and emphasized that common issues and concerns must unite those of differing backgrounds if progress is to be achieved. “The question is now — how do we heal?”

“There needs to be more and better training within the different agencies,” Allen said, noting unfamiliarity with different cultural norms within the LGBTQ community often impedes agencies’ effectiveness at attempting to provide services.

In addition to the panelists, the roundtable was open to any member of the public who wanted to attend. After the formal session, Casey mingled with the attendees, so anyone could offer him feedback. n