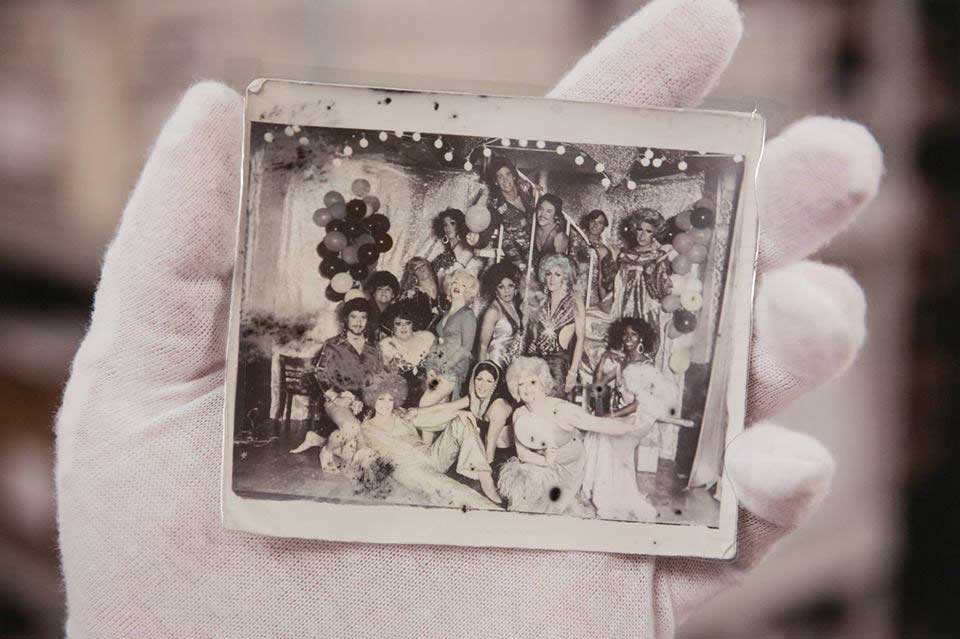 William Way LGBT Community Center will is holding an opening reception for a dual photographic exhibit that explores different aspects of how the LGBTQ movement and community were documented in the early days.

Eberlin was PGN’s first staff photographer. He was a ubiquitous figure in the mid-1970s, when PGN was founded. For almost two decades, Eberlin tirelessly documented community events, political actions and bar parties.

Martinez re-photographed many of Eberlin’s ’70s-’80s images of gay life in Philadelphia and surrounding areas. In this exhibit, Martinez’s mixed-media prints are reunited with Eberlin’s original-source images from the Wilcox Archives, allowing Martinez to not only show how the community was documented in its early days, but to critically examine how diversity is represented in LGBTQ historical archives.

With this exhibit, Martinez sheds light on robust yet problematic aspects of depictions of our regional histories.

“Legacies” will be on display in the Archives Gallery through Aug. 30.

The second exhibit, “Tonight is Forever,” investigates, celebrates and honors the ongoing global, national and regional struggles for LGBTQ-plus liberation. This immersive multimedia project by Martinez is being presented in relationship to the 50th anniversary of the Stonewall Riots.

Martinez drew from more than 5,000 images sourced from the John J. Wilcox, Jr. Archives, along with images contributed by local communities, to create a visual confluence of perspectives and historical moments from the mid-1960s to present that reflect vital aspects of LGBTQ courage and pride.

“Tonight is Forever” is presented in William Way’s main gallery in the first-floor lobby through June 28.

This dual exhibition is supported in part by the Pennsylvania Council on the Arts, a state agency funded by the Commonwealth of Pennsylvania, and the National Endowment for the Arts, a federal agency.