Last Sunday as I sat on my couch watching TV, I found myself in tears. A man I have never met, a very out gay man, was live on CNN announcing that he was officially running for President of the United States. It was an emotional moment that felt like it had, in some way, encapsulated my entire life.

That man’s name is Pete Buttigieg, and he is the mayor of South Bend, Ind.

Only 48 hours earlier, it was announced in New York that my brother and sisters and I — members of Gay Liberation Front 1969–71 — will be Grand Marshals of the 2019 Stonewall 50 and World Pride LGBTQIA+ Pride March.

The news of Buttigieg’s candidacy and that I would be part of the group named as Grand Marshal seemed closely related, melded together in my mind.

With Stonewall 50 approaching, I have been traveling the country speaking about personal experiences I have had over the last 50 years since Stonewall.

The talk I give at these speaking engagements is titled, “From Stonewall to The White House.”

Sitting on my couch, listening to Buttigieg speak, I was reminded of the title of my speech, the words jumping into my mind.

Buttigieg also said of his marriage to his husband: “Our marriage exists by the grace of a single vote on the U.S. Supreme Court. Nine men and women sat down in a room and took a vote and they brought me the most important freedom in my life.”

As a man happily married to my husband — a man I have loved for 15 years — Buttigieg’s message to our country felt both societally momentous and personally validating.

My husband and I got our marriage license on the first day in 2014 that marriage was legalized in Pennsylvania, and had our wedding ceremony later that year.And I began fighting for that right 50 years ago.

Now Pete Buttigieg is able to speak candidly on national television, as a presidential candidate, about his marriage to another man.

Mayor Pete, as he is known, might not make it to the White House, but he certainly has become a major player in the race for the Democratic nomination. According to recent polls from both Iowa and New Hampshire, he placed third, just behind Joe Biden and Bernie Sanders.

Now, I am not endorsing Mayor Pete, but when he said as a child he could have never dreamed that he’d be standing there announcing that he’s running for President, I thought, “Mayor Pete, this boy standing at Stonewall 50 years ago could never have expected that as well, and that brings me to tears.” 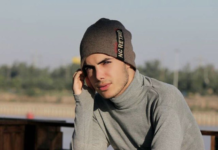