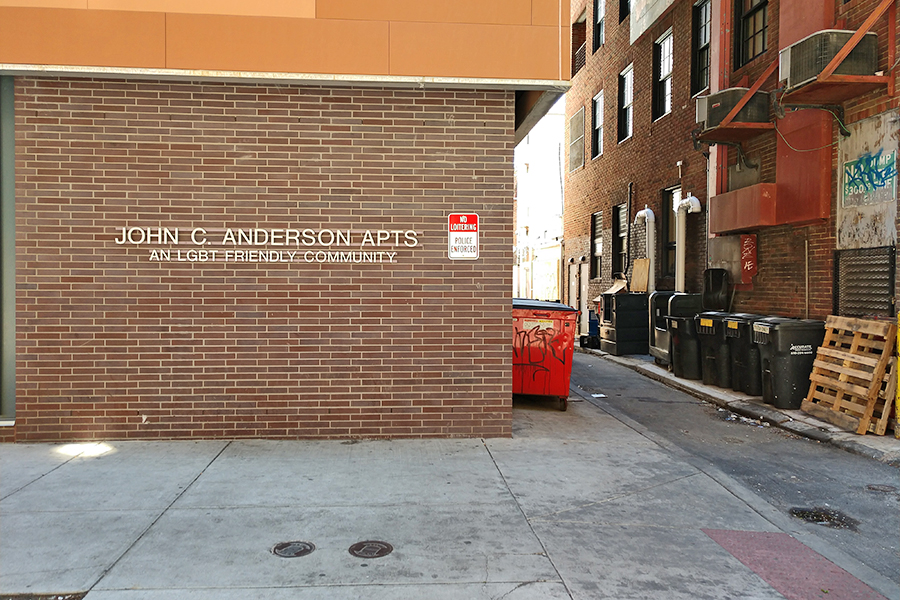 “Now the only thing I feel about Philadelphia is it’s not safe.”

Those are the words of the longtime city man who was reported to have been attacked, sexually assaulted and robbed by two men outside the John C. Anderson Apartments, last Friday, April 12.

The alleged victim, a 69-year-old gay man who lives in the Anderson Apartments at 251 S. 13 St., spoke to PGN on April 17 in order to set the record straight on some reporting and offer more specific information.

He is back home and feeling sore in his upper body from being held down by one of the attackers. He also mentioned some “minor bruises” that he’s not concerned about, calling them “nothing significant,” but the incident has left him with mixed feelings.

The victim said he was walking westbound on Manning Street shortly after 5 p.m. and that the small street looked empty and clean, rather than covered in garbage, which is often the case.

The next thing he remembers is being on the ground with the man’s face so close to his and talking, that he had no control. He was not able to punch the attacker or put his fingers in the man’s eyes.

He remembers feeling hands in his pants — possibly trying to find his wallet — but also his “hand on my balls.”

He started screaming to catch the attacker off guard. The attacker moved his hand into the victim’s right pocket and took his wallet. He tried to push back. The second man involved watched the first and made sure the victim couldn’t move.

Then they got up and casually walked away, looking through the wallet. The victim got up and instead of running away, said his first instinct was actually to take pictures of the men. He remembers making sure they were in focus and framed well.

He sent the pictures to the Philadelphia Police LGBTQ+ Liaison Committee, which had them on its Facebook page at 7:20 the next morning. Unfortunately, the two were walking away, so their faces weren’t visible.

After that, he yelled that he had pictures, and the pair should give him back his wallet and apologize. They did drop the wallet, minus the cash, and ran. Luckily, he retrieved it and it still contained his driver’s license and credit cards.

A young worker at the restaurant Valanni, which backs up in the area, tried to chase the attackers, but they got away. The victim said that worker was very helpful, talking to police and telling them he’d be able to identify the attackers, if and when they’re caught.

He gave credit to the detective and officers who treated the out gay man “with total respect” and “did the job right,” being very thorough in getting good video that included the suspects’ faces.

He wonders what could’ve happened if he hadn’t screamed and the men hadn’t left.

The victim said the next day he went to an ATM to withdraw $20 so he’d have some cash. Then, a panic attack set in, and he didn’t feel safe carrying that amount of money. He called it “irrational” but went to a friend and gave him the $20, and asked the friend to deliver it to him when he’s able.While recovering physically, there is still a mental aspect that needs attention.

He’s not happy about being portrayed as a helpless 69-year-old since he had spent time in the military and is physically fit and runs, but he is confident someone will come forward to identify the attackers, with the police video, faces highlighted, and the young restaurant worker who saw them in person.

He does not have a lawyer and said there would be “no purpose” in getting one. He simply wants the stolen money back, along with working glasses worth $500. That’s more important to him than jail time for the perpetrators.

He has no reason to think he was the victim of a hate crime, and that the attackers simply saw a senior citizen. He said there was no way they would’ve known he’s gay and active in the community.

Police reported the two men were last seen running eastbound on Spruce Street, and the Special Victims Unit was heading up the investigation due to the nature of the crime.

The Anderson Apartments, opened in 2014, is a six-story, 56-unit, complex. While it is LGBTQ-friendly and homes a majority of LGBTQ tenants, it is open to all low-income people, 62 years or older. The victim noted crime in the city — especially his incident — makes many residents a little scared.

“It’s contagious,” said. “That alleyway is not well lit,” said one of his neighbors.

Still, the victim considers Anderson nearly perfect and especially beautiful. He said the worst thing about the place is isolation — too typical with older folks, especially those without children — despite how many people of the same age live in close quarters.

The police are warning members of the community that if they think you see either of the men, do not approach them but call 911 immediately.

For video of the men, you can visit the Philadelphia Police YouTube Channel. You can also email [email protected]lypolice.com, or go to http://www.phillypolice.com/forms/submit-a-tip/ to submit a tip anonymously. 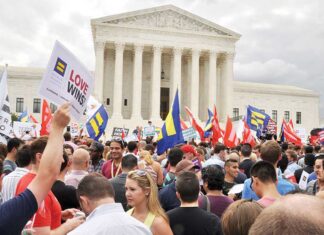 Jason Villemez - September 23, 2020 7:07 pm 0
With so much stress and uncertainty weighing us all down, it can be hard to properly grieve the loss of a hero....