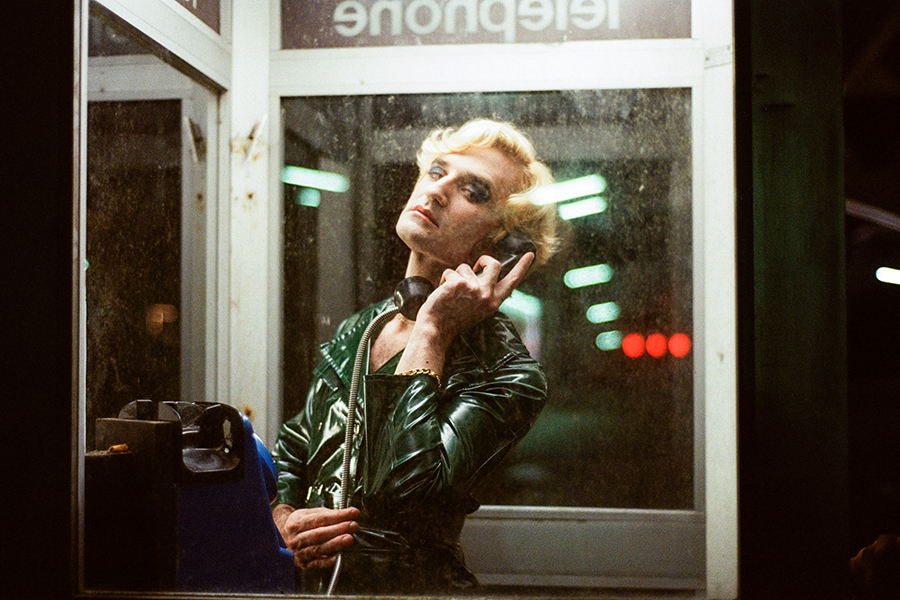 Meanwhile, Loïs (Kate Moran) is editing Fouad’s latest sex film for her lover Anne Parèze (a delicious Vanessa Paradis). It will be the last film Loïs works on; she is breaking up with Anne after 10 years together. Anne is bereft, but what is equally troublesome is that her actors are being killed off one by one.

Likewise, a film-within-a-film depicting a double orgasm is pretty funny. Moreover, after Anne is called into the police station to be questioned by a detective about Fouad’s death, she recreates the interrogation scene with cheesy, sexy verve in one of her films. Titled “Homocidal,” Anne has the on-screen detective play footsie with Archie-as-Anne’s crotch, while Thierry grinds his concealed erection into the desk. 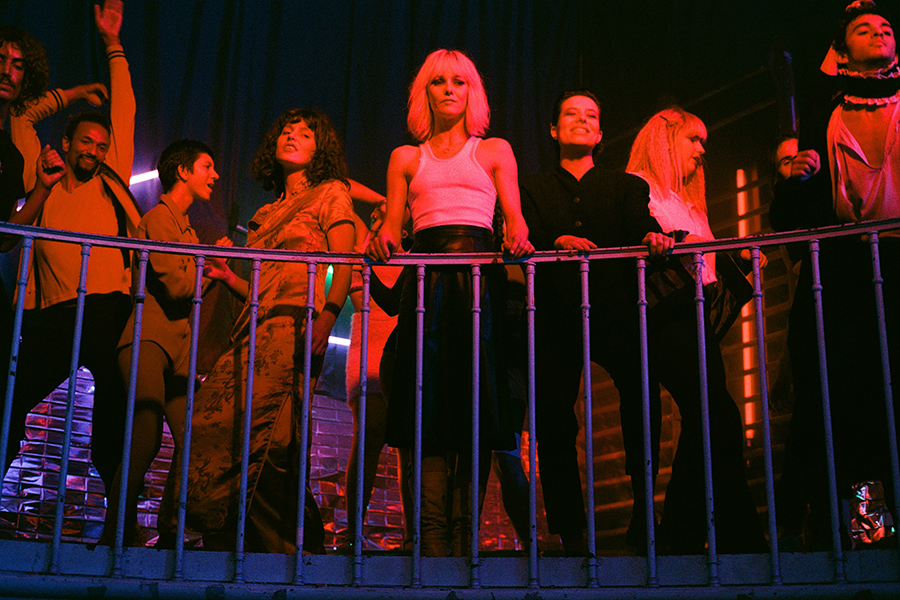 Gonzalez doesn’t feature anything particularly explicit in these adult-film scenes, save for a quick, flaccid cock shot when an actor takes off his underwear. (He throws it at Archie, who sniffs it hungrily, generating a laugh.) However, there is a rather graphic blow-job murder involving the dildo-cum-knife in one of the film’s more violent sequences.

But Gonzalez is deliberately going over the top here, so viewers are more likely to chuckle than scream at the violence. Even a stage performance that Anne watches in a lesbian club mixing sex and blood, ecstasy and pain, is more funny than it is scary.

The film also features a striking sequence involving the actors and some drag queens that get involved in the “Homocidal” production celebrating the completion of the film with a picnic. But a sudden storm ends the party, and while Anne is off talking with Loïs about their relationship status, another actor is murdered.

As Anne follows the trail of a grackle’s feather to a mysterious couple — one of whom has a rare genetic disorder — things just start getting weird for the sake of being weird. These elements gild the lily and deflate the energy. A subsequent visit Anne makes to a forest cemetery features too much exposition and too little emotion. “Knife+Heart” starts to generate more impatience than intrigue.

And it is a shame that the film goes slack, because Gonzalez is shrewd enough to provide a nice homage to “Andy Warhol’s Blow Job” featuring Thierry, or an inventive moment of voyeurism when Anne spies on Loïs through a peephole in her editing suite.

The actors do their best with mixed results. Paradis has some appeal when enticing a handsome young man to join her stable of adult-film performers, and she is expressive in mourning her failed relationship with Loïs.

Better is Maury as Archibald. He provides the film with some camp humor and his scenes performing as Anne in “Homocidal” are especially droll.