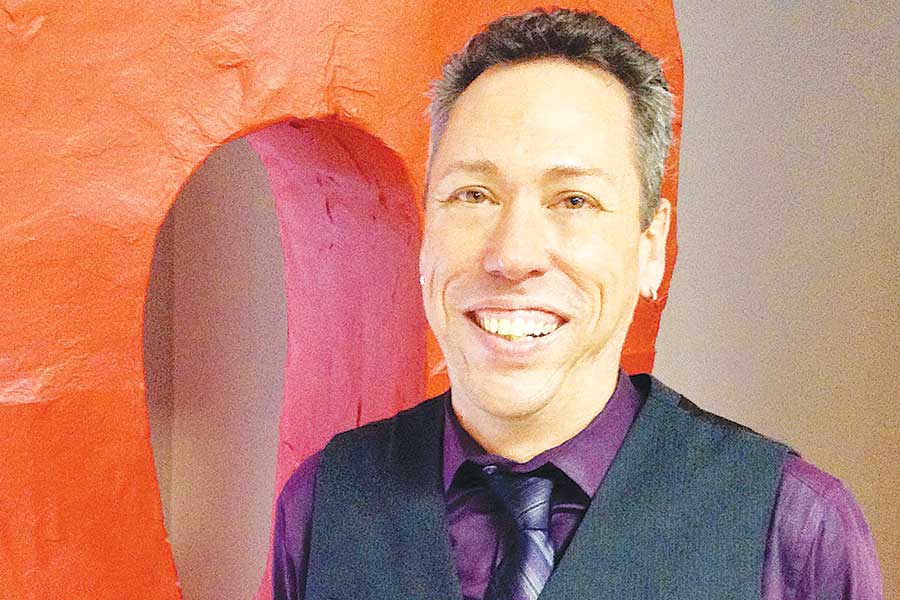 Since time began, people have been playing bingo with their friends in basements, gymnasiums and church halls.

To be historically correct, it was originally called “beano” and players covered numbers on their cards with beans. But whatever you call it, the game has been a staple in the United States for centuries.

Fast forward to 1999. A few years prior to that, AIDS Fund Philly had been raising money through GayBINGO! with marked success, but wanted to step it up a notch.

The promotion of drag queens as entertainers, host and BVDs (Bingo Verifying Divas) appealed to a wide spectrum of players. Yet, the organization contemplated something radical, something so diverse from sitting in casual clothes on a metal folding chair playing the game, that the staff and volunteers had no idea what to expect. Apprehension best described the general feeling of everyone involved. It was going to be something that turned bingo on its head.

“We had no idea whether people would get it,” said Robb Reichard, executive director of AIDS Fund Philly. “It was nontraditional. Would people pay over $100 to get dressed up for a dinner and dancing event to play bingo?”

The answer, 20 years later, is still a resounding yes.

Year after year, people have been filling the event – and the AIDS Fund – coffers by dressing to the nines, or in other festive attire, for an evening of cocktails, dining, dancing, entertainment and fun. Black-tie bingos have popped up in other cities as well. Meanwhile, it has become a staple in the Philadelphia scene and shows no sign of slowing down.

The 20th-anniversary event will be at Loews Philadelphia Hotel, where the first Black-Tie GayBINGO! was held. That one was in the Millennium Ballroom and drew about 200 people. This year, to accommodate at least twice that number, it will be held in the Regency Ballroom.

During the in-between years, Black-Tie GayBINGO! has gone through some modifications like reducing the number of games played so guests had more time to eat and dance, holding it in the Crystal Tea Room in the former Wanamaker’s building, scheduling in June during Pride month, including tastings during the cocktail reception and silent auction and, last year, adding dinner entertainment.

Reichard said that keeping the event fresh is important, but that there also needs to be consistency.

“It’s a formula that works. It’s become an annual tradition people look forward to,” he said. “Last year for the first time, we had cabaret singers during dinner. It went over really well. We’re bringing them back again this year.”

It’s not all fun and games, though. Part of the evening is dedicated to recognizing individuals, groups and other organizations for their contributions over the years. Being recognized this year with the Founder’s Award are Gayborhood bar owners Stephen Carlino and Dennis Fee.

“Ever since they opened Tavern on Camac, they have been supporters of the entire LGBT community,” said Reichard. “Their involvement in HIV/AIDS organizations has been incredible.”

The Founder’s Award is presented to a person or people whose contributions to the LGBT community and support of HIV/AIDS organizations is exemplary. Past recipients include WXPN’s Michaela Majoun and WMMR’s Pierre Robert, William Way LGBT Community Center, Michael “Cherry Pop” Tambon and Brandon Robert Barlieb.

Black-Tie GayBINGO! will be held 6:30-11 p.m. March 23 at Loews Philadelphia Hotel, 1200 Market St. Tickets to the 20th-anniversary event can be purchased online at aidsfundphilly.org/gaybingo.