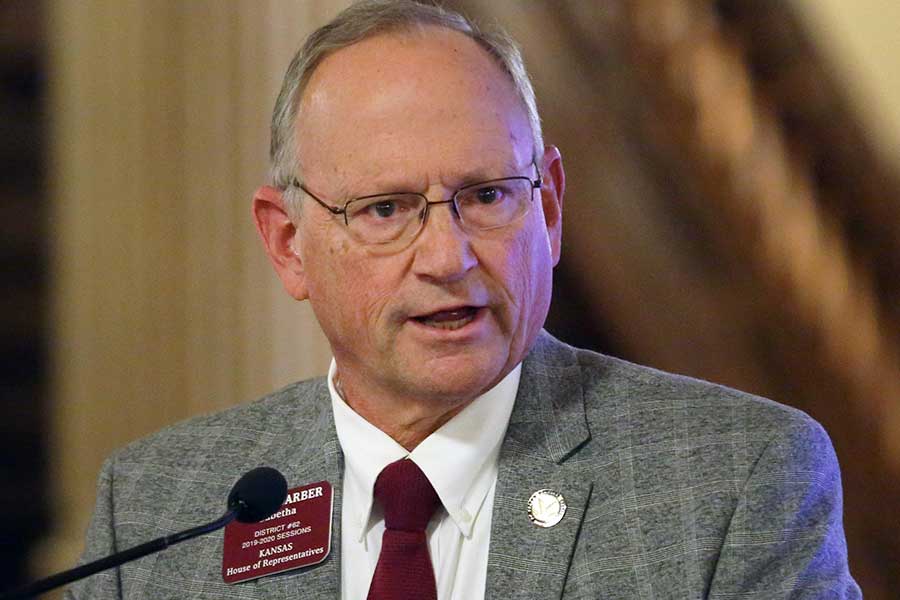 Oh, hey! Did you hear that in Kansas lawmakers are trying to establish the LGBTQ community as a religion? Or, more specifically, they’re trying to argue that LGBTQ people are actually secular humanists so that Kansas doesn’t have to recognize marriage equality anymore. Also, they’re contending that gay people aren’t black, I think.

I mean, the legislation includes the claims that, “There are no ex-blacks, but there are thousands of ex-gays” and “skin tone is genetic and sexual orientation is faith-based.”

The bill also proclaims that all marriages of same-sex couples are “parody marriages,” that sexual orientation is “a mythology,” that “a person can come out of an invisible closet and be baptized gay,” and that LGBTQ people have “a daily code by which members may guide their daily lives” and that they worship the rainbow flag.

It’s truly some of the most bizarre legislation that I have ever read. It would almost be funny if, you know, LGBTQ people weren’t actual humans. Clearly, Kansas Rep. Randy Garber, the legislation’s lead sponsor, doesn’t think LGBTQ people are human at all. But don’t worry, he loves you.

Ah, yes. The bill is so very loving. I especially feel loved by the part that claims marriage equality is “the greatest sham since the inception of American jurisprudence.” Oh, and the part where LGBTQ people are lumped into the same category as Beastiality is also nice.

Why does Garber oppose marriage equality so hard?

“Their marriage probably doesn’t affect me — their union or whatever you want to call it. But in my opinion, they’re trying to force their beliefs on society,” Garber said.

Says the man who has put his name on a bill that essentially forces all LGBTQ people to be part of a specific religion. But nice of him to point out that two women or two men marrying has nothing to do with him and thus that there is no reason to try to enshrine this anti-LGBTQ lunacy into law.

What’s interesting is that Kansas has Laura Kelly, a Democrat, as governor right now, and also has Rep. Susan Ruiz, the first openly lesbian politician elected in Kansas. The previous governor, Sam Brownback, was a Republican who really hated gays. He also tried to grind the state into dust through austerity economics. So, it seems likely that this unhinged bill is in direct response to some more progressive winds a-blowin’ across the Kansas plains.

“I am very disappointed,” Rep. Ruiz told The Wichita Eagle. “I see who the co-sponsors are, and I sit with a couple of them in committee. I’m certainly going to talk to them about that and say, ‘Hey, I don’t know if you know about it or not, but I’m not a myth … Am I a unicorn?’”

As she should. I would very much like to see how those conversations go. I strongly suspect that she’s not a unicorn nor are other LGBTQ Kansans. Equality Kansas Director Tom Witt called the legislation the “most vile, hateful and disrespectful” he’s ever seen.

“Every year, we see bills that restrict, remove and limit the rights of LGBT Kansans, but never have we seen this level of extremist vitriol laid out in legislative language. These bills combined are 18 pages of insults and name-calling,” Witt told The Wichita Eagle.

Witt also said, “Fred Phelps would be proud.” Phelps, of course, was the leader of the Kansas-based Westboro Baptist Church. He and his followers picketed funerals of gay men with signs that read “God hates fags,” among other similar acts. The church continues the cherished Phelps family tradition of protesting the “fag lifestyle of soul-damning, nation-destroying filth.”

I’m old enough to remember when anti-LGBT Christians cared to differentiate themselves from the Westboro folks. Sure, they wanted to amend the Constitution to hurt LGBTQ people, but out of love, not out of hate. They’d never picket a funeral, for goodness’ sake. Though they would deny survivor benefits to the long-term partner of the deceased. They would never celebrate the death of an American soldier as just punishment for a “Fag Nation.” But they also wouldn’t want gays in their military. They would never put a GIF of Matthew Shepard surrounded by flames on their websites, though they’d always wonder — sometimes quietly, sometimes not — if Shepard didn’t bring it all on himself.

In actuality, the only difference between Westboro and non-Westboro anti-LGBTQ folks was that the latter used nicer language. Garber’s legislation helps expose that distinction as meaningless.