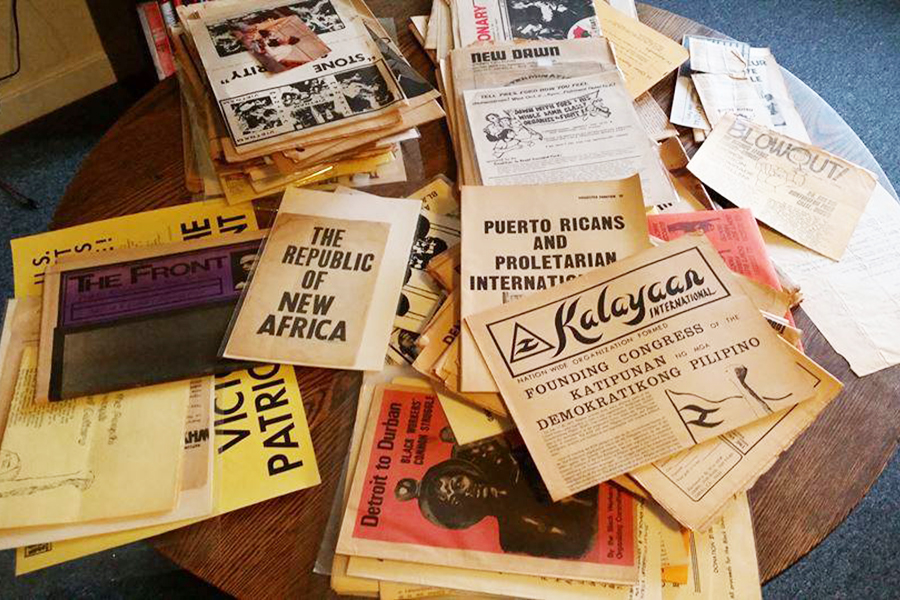 Many LGBTQ people assume that gay activism began with the Stonewall Riots in 1969. To some extend, that’s true; Stonewall sparked a new level of energy and engagement that eventually coalesced into something resembling a movement. But history tells us there is much more to the story.

There were gay activists working in the wilderness even before World War II, and the roots of the leftist ideology that fueled the early gay movement go back even further, to the mid-19th Century.

The roots and development of the radical left, its evolution and eventual impact on the gay movement post-Stonewall was the subject of a lecture and discussion Feb. 17 at William Way Center.

Hosted by the William Way’s LGBTQ History Group, the event featured leftist archivist Brad Duncan giving a brief history of the radical left from its birth with the publication of The Communist Manifesto by Karl Marx and Friedrich Engels to the 1960s and beyond.

Duncan touched on the troubled development of the radical left as the supporters of the disparate, and sometimes contradictory, philosophies of socialism, communism and anarchy, its mostly-successful efforts to wed into the early worker’s movement (spawning the famous phrase “Workers of the world unite!”). That movement, of course, morphed into the modern labor movement of the early 20th century, though American labor was often uncomfortable with the radical left’s enduring support of Stalinist Soviet Union.

Duncan did not gloss over the radical left’s love affair with Stalinism. Many in America’s left refused to believe reports leaking from Russia about Stalin’s murderous brutality and genocidal programs, choosing to cling to the dream of the worker’s utopia promised by Lenin. As a result, McCarthyism, for all its own awful abuses, almost eradicated America’s radical left movement.

Down, but not out, the radical left was an early and strong supporter of the women’s movement and the black Civil Rights Campaign. However, when gay activists started brandishing their pink triangles and lambda signs, the radical left showed how inconsistent and condescending it could be.

While the radical left continued to give lip service to “equality,” the philosophical basis of its attitude towards homosexuality was rife with patronizing homophobia.

Their position regarding gay men was even more radical. First off, homosexuality didn’t much occur in the working classes, it was primarily an affectation of the bourgeoisie—what with most of us being hairdressers, waiters, dancers and other artsy types. They reasoned that it was an extreme form of bourgeois chauvinism that made some men turn away from women to keep company with themselves.

And so, many in the radical left felt that homosexuality was a choice, and while they maintained that they supported the right to choose, they did not feel it was a socially desirable choice.

Post-Stonewall LGBTQ activists have educated the radical left on the reality of the subject.

Duncan also illustrated his talk with representative samples from his large personal archive of radical left publications and ephemera. Duncan’s numerous samples included newspapers, brochures, pamphlets and flyers, including some hard-to-find collectible items such as works by Trotsky and Stalin themselves.

The lecture was followed by a lively discussion with the overflow crowd, focusing on how the lessons of the radical left’s history could be applied to today’s progressive movement in its struggle with the troubling politics of 21st Century America.