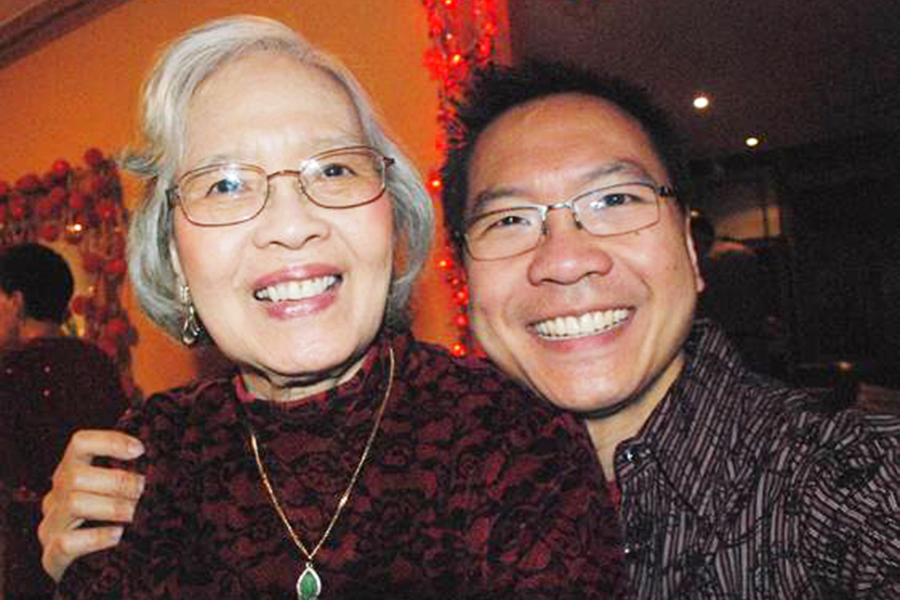 He may seem like your average, middle-class Asian-American from the Philadelphia suburbs, but Jamie Song is special.

He’s not only the only member of his Chinese family of four to be born in the United States, he also identifies as queer, which often has its own challenges that were more evident and less avoidable during the recently celebrated Lunar New Year.

Dr. Giang Nguyen’s story is similar. He was born in Vietnam and arrived in the United States in 1975 as a young child. He has an older sister and they, with their parents, were war refugees. His father had sponsors on the Jersey Shore, so they settled and he grew up in Ocean Township, Monmouth County.

Both men were raised with their families celebrating the Lunar New Year, which this year — the Year of the Pig — was Feb. 5. Many in the U.S. are familiar with the Chinese New Year, but Vietnam’s holiday, known as Tết, is very similar. The first day of the year is when the new moon occurs between late January and late February.

Traditionally, the holiday is about family. Celebrations often begin with a big, multi-course family meal. Other activities include lighting firecrackers and dragon and lion dances since the belief is seeing the creatures dancing aggressively as loud cymbals clang chases away evil spirits. It’s also a time to honor elders. The celebration lasts until the 15th day of the year, known as the Lantern Festival. Philadelphia will hold its fourth annual celebration of light and culture at Franklin Square throughout May and June.

For LGBTQ Asians, the holiday is often difficult as many families do not tolerate homosexuality nor talk about it. And in a patrilineal culture, where males are often lofted above females, it especially can be challenging for gay men.

“If you’re not out, then you have to go back to the closet over the holidays,” Nguyen said. “Those who are part of the Asian-American LGBTQ community are trying to reconnect with family during the New Year, because it’s so integral in celebrating the New Year,” and it can be incredibly difficult for those who are estranged due to their sexual or gender identity.

One major conflict Song has is with his queer identity. He’s not out to his parents and doesn’t know if he’ll pass on the family name.

“For my parents, it’s especially important that the Song name be passed on even though we’re not in China,” he explained. It’s especially sensitive because he has no brothers, and his father’s brothers have no sons.

Shortly after the 1989 Tiananmen Square protests, Song’s father became a visiting scholar at the University of Pennsylvania. His mother and sister followed when he got a research job at Penn. Song was born and raised on the Main Line. Now, he lives in Center City.

As for LGBTQ people in Chinese culture, Song said it was not thought of negatively, and nobody asked, until there was Western influence. Only then, it became stigmatized and his parents have talked about it in that way.

But Song seems to have a bright future, ready to finish his bachelor’s degree in health and societies at Penn in May and already has been accepted to a master’s program there.

Dr. Nguyen, somewhat older, says his family celebrated the cultural aspects rather than specifics of Vietnam’s New Year. He thinks his family was the only Vietnamese one at his school. There were other Vietnamese families in nearby towns, and they found Lunar New Year festivals in urban centers in North Jersey and later Philadelphia.

When he made it to college at Johns Hopkins in Baltimore, he was finally able to meet more people with his heritage at the Vietnamese Student Association.

And, he was able to come out to his parents while in medical school. He called it “something that not all people who immigrate to this country and are queer are able to do, unfortunately.”

His parents are now deceased. He lost his father to cancer shortly after, but his mother was able to know him fully as an out person for many years.

Nguyen remembers it wasn’t easy in the beginning, but his mother became more comfortable with it over time. At first, she kept it a secret, embarrassed about it and didn’t even tell the extended family.

Culture is highly valued among the Vietnamese and she tried to not rock the boat. Later, she became more comfortable with the idea of gay people, after watching TV and videos in Vietnamese — and noticing the gay experience talked about more than it had been earlier.

But staying in the closet wasn’t a priority for Nguyen. At first, he and then-partner Sean sent Christmas cards to loved ones together, but certain people in Nguyen’s family received cards sent only from him. When separating some cards became too challenging, they sent all of theirs from both of them, and the new recipients were able to figure things out.

In fact, his mother and lots of others in his family — including his mother’s older brother — celebrated at his wedding to Sean, and many in Sean’s Irish-Catholic family came too.

He did everything any parents could want , but knew his sexuality was something he couldn’t change.

“I felt more empowered because I had a level of privilege with a trajectory of going to medical school and becoming a physician,” Nguyen said.

He gave back as part of an organization called ASIAC, which tried to build community with LGBTQ Asians, and held monthly parties to make the connections he didn’t have while growing up. ASIAC helped put out newsletters in English, Chinese, Vietnamese, and Korean — the most common languages in the diversity of Asian communities — so people could meet, but also help teach HIV prevention and care for HIV patients. It eventually expanded to promote language access for HIV-positive African immigrants and the Latinx community.

But Nguyen finds time for fun as a member of the Philadelphia Gay Men’s Chorus for more than 20 years, and of course, with family.