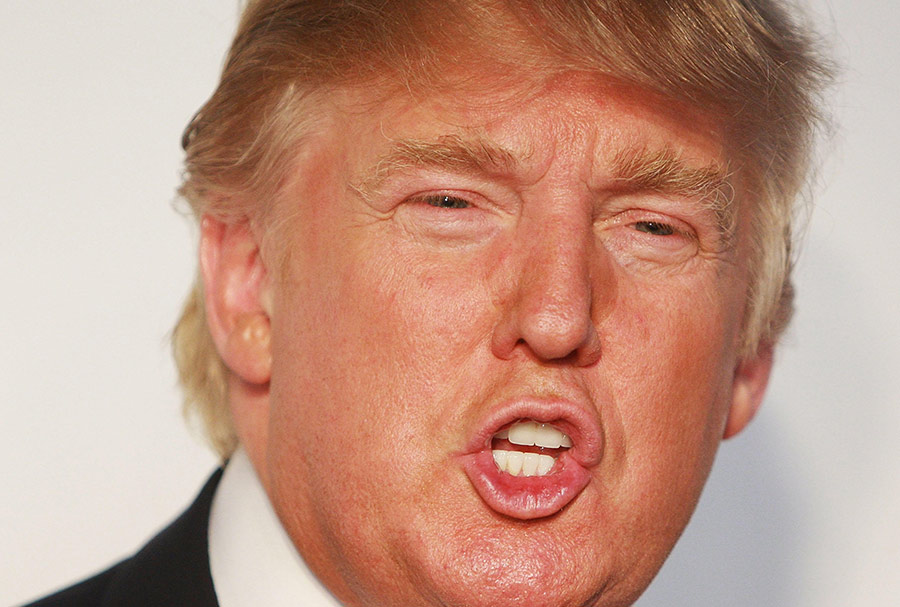 Donald Trump is a terrible, horrible, no good, very bad president. This is something that has been clear to the majority of Americans from the get-go.

Trump’s white evangelical Christian base, however, is largely sticking with him, though poll numbers show he is slipping with them, too. Grinding the government to a halt while he stomped his feet demanding his Great Wall of Racism be built, which tossed billions of dollars into the toilet was not a popular move it turns out.

Not that his base really blamed him for the shutdown. The media did a fantastic job of both-siding the story as if Trump, asking for something completely unreasonable, and Democrats, saying NOPE, were equally to blame.

Still, his base won’t quit him because Trump is always throwing them a bouquet blooming with bigotry. After all, when it comes to keeping the base happy, it’s all about hurting the right people.

Which is why it feels right to acknowledge the one-year anniversary of the Conscience and Religious Freedom Division of the Department of Health and Human Services. If you don’t remember, the division was created to protect healthcare providers who have a religious objection to participating in sin-care like abortion or gender-affirmation procedures.

Under President George W. Bush, healthcare workers were given pretty broad protections for refusing to do something if they claimed God told them not to, but President Obama rolled back those protections because they were discriminatory and harmful.

But discriminatory and harmful is totally in Trump’s wheelhouse, so the Department of Health and Human Services made “religious freedom” its top priority. The policy protects objectors and punishes places that aren’t totes cool with say, a pharmacist refusing to fill a birth control prescription; a doctor who refuses to treat AIDS cases; or a nurse who won’t help transgender patients.

Politico reported that this was “a significant shift for the office, which currently focuses on enforcing federal civil rights and health care privacy laws.”

“This is the use of religion to hurt people because you disapprove of who they are,” Harper Jean Tobin of the National Center for Transgender Equality said in 2018, according to Politico. “Any rule that grants a license to discriminate would be a disgrace and a mockery of the principal of religious freedom we all cherish.”

Tobin was on the money, though disgrace and mockery are also Trump strong suits, so I suspect there was never a chance he would be moved.

Now you might be asking yourself, “Does this really matter? Our healthcare system is free-market based! If a doctor doesn’t want to treat you then just go to another one! Vote with your feet.”

If this is possible for you, then congratulations on your privilege. But this is, of course, not possible for a lot of people. For one thing, if you’re seeking emergency care for, say, a burst appendix, you can’t really shop around. Nor do you have much choice if you’re in a small town with only one pharmacy or if you’re having a miscarriage in an area of the country that is served only by Catholic hospital systems (“Full Frontal with Samantha Bee” did an amazing segment on this issue in 2016. Google it).

The new and improved religious freedom rule was unveiled right before the annual March for Life in Washington D.C. where abortion opponents gathered to protest abortion. This is not to be confused with March for Our Lives at which actual living children marched to protest being gunned down at their schools.

Trump’s religious-right supporters see him as an instrument of God who will finally, by packing the Supreme Court with far-right extremists, undo legal abortion in the United States and give every child a chance to be shot at school. Like God intended.

These same supporters would also like to see marriage equality undone. And we’ve already seen the constant battering transgender and gender non-conforming folks have received at the hands of this president and his administration.

The creation of the Conscience and Religious Freedom Division of HHS is one of the reasons I can’t watch the second season of “The Handmaid’s Tale.” Mike Pence is another. It feels too much like a documentary.

A lot of damage has been done since 2016. And there’s a lot more to come. A right-wing nosedive into fascism is not inevitable. It doesn’t have to be like this. Keep fighting.