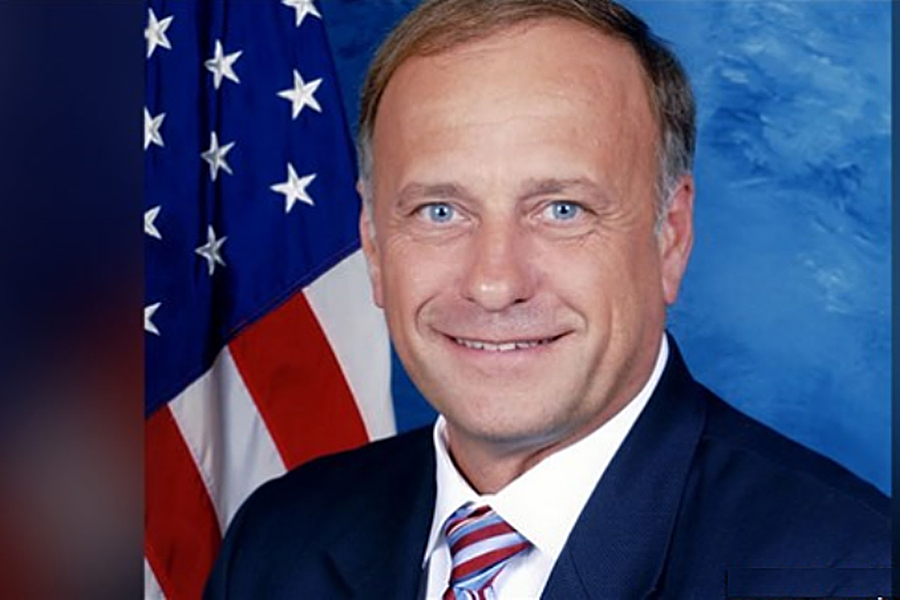 I shall begin this week’s column with a limerick:

There once was a Republican named Steve

but the media ignored him

because white supremacy bores them

and focused on Rashida Tlaib.

If you’ve been paying attention to the news then you know that both Rep. Steve King (R-Iowa) and Rep. Rashida Tlaib (D-Michigan) have gotten attention for things they said out loud into microphones.

Except one of these representatives got way more attention initially.

That would be Rashida Tlaib, the first Muslim woman ever elected to Congress, when she remarked about Donald Trump that we should “impeach the motherfucker.”

Cue the pearl clutching. Every possible news outlet ran with the story of the Muslim woman saying a bad word about a president who has shown nothing but contempt for people like her. My goodness, you would have thought that Tlaib had advocated grabbing women “by the pussy” or something.

Meanwhile, Steve King, one of the most open and unapologetic racists in Congress, while speaking to The New York Times, reminisced about a bygone era and at first there was barely a peep by the media.

“White nationalist, white supremacist, Western civilization—how did that language become offensive?” King asked. “Why did I sit in classes teaching me about the merits of our history and our civilization?”

Perhaps he went to a whites-only school, but King clearly has forgotten or never bothered to learn about our country’s truly heinous history of slavery and racism.

In a statement, King claims that he was referring only to the term “Western civilization,” not lumping the three terms together as the Times indicated.

However, that’s hard to believe because King has a long history as being super duper racist and not at all shy about it.

For example, he once tweeted: “Culture and demographics are our destiny. We can’t restore our civilization with somebody else’s babies.”

And while he doesn’t SAY that by civilization he means “whites” and “somebody else’s babies” he means Muslims, he is responding to a (since deleted) tweet praising Geert Wilders, a Dutch politician who is known for his far-right anti-Muslim dickishness.

Add that to the fact King has been an anti-Obama birther since day one, even going so far as to say in 2008, “If [Obama] is elected president then the radical Islamists … will be dancing in the streets in greater numbers than they did on Sept. 11 because they will declare victory in this war on terror.”

King has also declared that only white people have contributed to civilization, unlike what he called “sub-groups.”

Unsurprisingly, King not only hates non-white people, he also hates LGBTQ people. Weird how often those things go together, isn’t it? Marriage equality? He’s against it. Transgender service members? He’s a no on that, too.

Right before the midterm elections, King said he was looking forward to a solidly conservative U.S. Supreme Court, going so far as to say he hoped that Justices Elena Kagan and Sonia Sotomayor would “elope to Cuba.” Though neither woman has publicly identified as a lesbian, that’s just the worst thing King could think to call them. Not sure what the Cuba angle is. Sotomayor’s parents were Puerto Rican which is probably close enough for Steve.

While the furor over Tlaib’s MF-bomb seems to be waning, King is, thankfully, starting to get into all kinds of trouble. The GOP actually kicked him off of his committees, which is a BFD.

According to Slate, “The House GOP removed King from the powerful Judiciary Committee, which oversees immigration and voting rights, and the Agriculture Committee, a plum assignment for a congressman representing rural Iowa. King was also stripped of his seat on the Small Business Committee.”

A man like King has no business overseeing matters related in any way to immigration and voting, so that’s good news. It’s just sad that it took the GOP so long to disavow King’s bigotry.

Of course, the only problem the GOP has with King is that he says the quiet part out loud. The GOP’s long history of policies that hurt minorities is an open book, plus they embrace Trump wholeheartedly.

Oh, and by the way, Trump has previously said that King is “a special guy, a smart person, with really the right views on almost everything.”