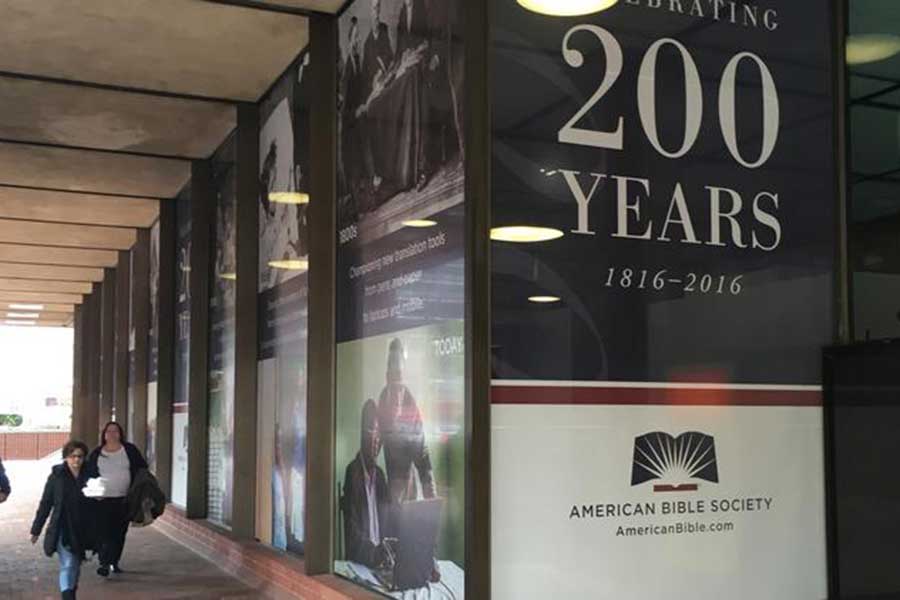 A board member has resigned after nearly four years on the American Bible Society board, the same month that employees are required to sign an affirmation that excludes LGBTQ and nontraditional sexual relationships or else be forced to resign.

The CEO of Easterseals Angela F. Williams became a board member of the Philadelphia-based organization in 2015, then vice-chair in 2017. She “informed us on Jan. 8, 2019 of her decision to step down from the board because of her own professional commitments,” ABS CEO Roy Peterson told PGN in a statement.

Williams “was an integral part of leading American Bible Society into its third century of ministry,” Peterson said.

PGN requested comment from Williams, who had not replied as of publication.

Peterson announced the “affirmation of biblical community” in December 2017, saying that employees would have until January 2019 to decide whether or not to sign. The affirmation is the first of its kind in ABS’s 203-year history.

The two-page statement, written in the first person, pledges signees to regularly engage with the Bible, participate in worship with others and attend church.

Among other promises around personal conduct, the affirmation states the following: “I will seek to refrain from sexual activity outside of the marriage covenant prescribed and exemplified in the Bible: ‘A man will leave his father and mother and unite with his wife, and the two will become one,’ (Matthew 19:5; Ephesians 5:31).”

Williams has cited her father, who advocated for civil rights, as an inspiration to making the world a better place. She is a lawyer and former staffer of the U.S. Senate Judiciary Committee, an Air Force veteran and the former executive vice president of the YMCA. Williams also served as interfaith liaison for the Bush-Clinton Katrina fund, where her role was to assess the impact of the hurricane on the faith community, and subsequently processed $25 million in grants to assist houses of worship.

At the time of her hiring to lead Easterseals in December 2017, the head of the board of directors praised her extensive experience as a leader and a senior executive, which made her the right choice for Easterseals, which celebrates its centennial in 2019.

“Her capacity to lead complex organizations will serve us well as we advance a strategic vision for our future in areas of priority including advocacy, network advancement, brand management and resource development in partnership with our national network of 72 affiliates which collectively serves 1.5 million people annually,” said Joe Kern, the head of the Easterseals board of directors.

The nonprofit organization provides services for people with disabilities and their families. Williams is the first female to lead Easterseals in 40 years and the first African-American to lead it at all.