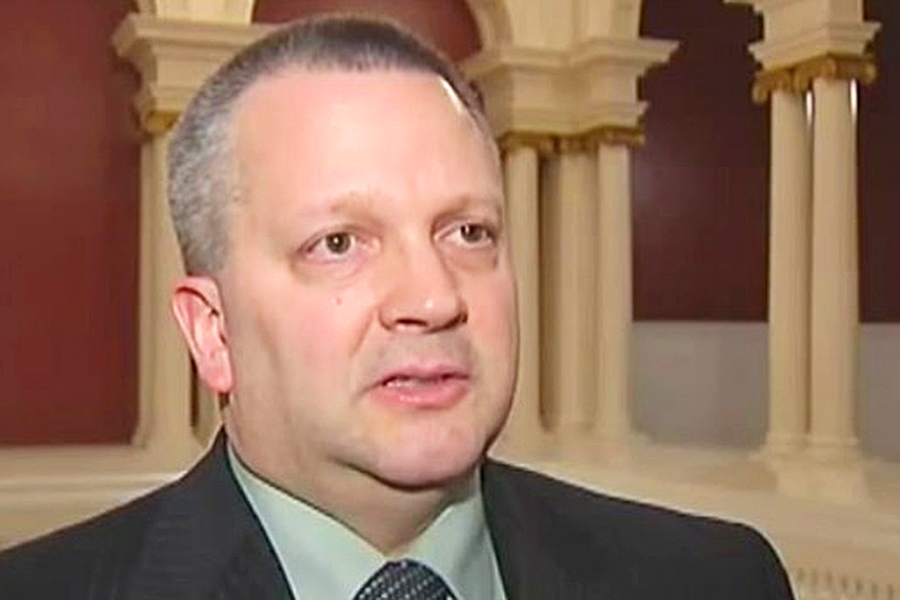 A leadership change in Pennsylvania’s House of Representatives could mean LGBTQ people in the Keystone State will have a renewed chance for protections against discrimination at work, in housing and in business services.

The change has Rep. Daryl Metcalfe (R-12th Dist.) out as chairman of the Pennsylvania House State Government Committee after eight years. As chairman, Metcalfe was able to prevent pro-LGBTQ bills from getting voted on in his committee and to keep such bills from making their way to the House floor.

Metcalfe was re-assigned to a new committee by House Speaker Mike Turzai (R-28th Dist.) on Jan. 2.

The new chairman of the State Government Committee, Rep. Garth Everett (R-84th Dist.), told PGN, “We reassign chairmanships at the start of each term. A number of senior chairpersons retired, so Chairman Metcalfe requested to move to Environment and Energy, and I requested State Government.”

One of the most important bills Metcalfe had stopped from moving forward for a vote was the Pennsylvania Fairness Act, which would add sexual orientation, gender identity and gender expression to the state’s nondiscrimination law, originally written in 1955. The law as it exists covers race, religion, ancestry, age, sex, national origin and disability.

Pennsylvania is the only state in the Northeast without such a law protecting the LGBTQ community.

Everett, the government committee’s new chairman, said he was just getting organized in his new role and hopes to look into the issue of the Fairness Act in February.

Until that happens, Pennsylvania will continue to have a patchwork of legal protections for LGBTQ people rather than a uniform anti-discrimination law. PGN reported in July that at least 50 municipalities in Pennsylvania have enacted LGBTQ ordinances on their own. They include Philadelphia, Norristown, Ambler, West Conshohocken, Hatboro, Plymouth, and locally within the past month, Lansdale Borough and Newtown Township.

“I believe that citizens deserve a government that is transparent and makes use of taxpayer dollars with frugality,” Everett said in a statement released Jan. 2. “I’m excited and thankful to be given this opportunity to head an important House committee that is largely responsible for holding government agencies accountable and keeping them transparent for the public,” added Everett, who previously served on the Appropriations, Environmental Resources and Energy, Game and Fisheries, and Judiciary committees.

The change in committee chairman alone in no way means the passage of the Fairness Act is a sure thing. Rep. Christopher Rabb (D-200th Dist.) said getting the act passed could be harder than the numbers show because most of the new Democrats who turned seats over in November’s election defeated moderate Republicans.

“The significant gains Democrats made in November represent a bittersweet victory,” Rabb said. “While we’re only nine seats away from regaining the majority, we’re also left with a far more right-wing Republican caucus.”

The change, however, has been welcome news to several of Metcalfe’s colleagues.

“Rep. Metcalfe was being an obstructionist within his own committee, not including the minority party, not even letting the party be heard,” said committee member Rep. Donna Bullock (D-195th Dist.).

As for Metcalfe’s replacement, Bullock hopes Everett will be more bipartisan and fair.

PGN reached out to Metcalfe and Turzai for this article, but neither responded.

Metcalfe himself has discussed his own obstructionism, like in posts on his Facebook page in the spring about “not allowing Democrat (sic) bills to run through my Republican Majority committee” and “I block all substantive Democrat legislation sent to my committee.”

Fellow committee member Rep. Jared Solomon (D-202nd Dist.) made it clear how he feels about the leadership change: “I think it’s fantastic he’s not on State Government.”

Solomon said he doesn’t know Everett well, but is “looking forward to working with him” and is optimistic Everett will work in a bipartisan manner, taking up the issue of LGBTQ protections.

Last year, PGN reported that Rep. Dan Frankel (D-Allegheny County) reintroduced the Pennsylvania Fairness Act, but it was referred to the “consistently anti-LGBT Rep. Daryl Metcalfe (R-Butler), who also prevented the bill from moving forward in the past. The bill has yet to receive a full vote due to Metcalfe’s — likely false — belief that it would not receive support.”

Besides consistently voting against LGBTQ interests, Metcalfe held a homophobic tirade during a committee session in late 2017.

PGN reported the next day: “On Tuesday, state Rep. Matt Bradford (D-Montgomery County) touched Rep. Daryl Metcalfe (R-Butler County) briefly on the arm in what Bradford later described as a plea for more time to discuss a vote on a bill related to eminent domain and roads. Metcalfe, a longtime opponent of LGBT rights, responded with insinuations about Bradford’s sexual orientation and affirmations of his heterosexuality.

“‘I’m a heterosexual,’ Metcalfe responded at the time after Bradford touched his arm. ‘I have a wife. I love my wife. I don’t like men, as you might, so stop touching me all the time. Keep your hands to yourself. If you want to touch somebody, you have people on your side of the aisle that might like it. I don’t.’

Bradford, who is married to a woman and has four kids, laughed off the comments.

“‘We are officially off the rails,’ Bradford said at the meeting. ‘My intent was just to beg for your permission for about 30 seconds.’”

Bradford told PGN that he was “disgusted and appalled” by Metcalfe’s remarks.

“Those comments are never acceptable and completely beyond the pale,’ Bradford said.

An entire Metcalfe Facebook post from November contained just one sentence: “Our nation is in dire straits due to the cultural war that is devouring the moral fabric of our country.”

Everett, Metcalfe’s replacement as chairman, has been a member of the House since 2007. He graduated from Montoursville Area High School in 1972 and Penn State University in 1976. After that, he spent more than 20 years in the Air Force. When he retired, he attended and graduated from Penn State’s Dickinson School of Law in 2000. Between graduation and his election, Everett practiced law and served as the solicitor for many townships, boroughs, school districts and municipal authorities in his area.

In the previous session, there were 121 Republicans and 82 Democrats in the House, so it seems Democrats made a net gain of 11 seats, at least for now.

Special elections are set to be held March 12 for two vacant seats: Philadelphia’s 190th District and Lackawanna County’s 114th District. The 190th District elected Vanessa Lowery Brown (D), but she was convicted of a bribery charge in October and not eligible to serve, according to the Committee of Seventy. That district, mostly in West Philadelphia, includes Belmont, Carroll Park, Cathedral Park, Mill Creek, Haddington, East Parkside, West Powelton, Allegheny West and Lehigh West.

The General Assembly is scheduled to reconvene Tuesday, Jan. 15.