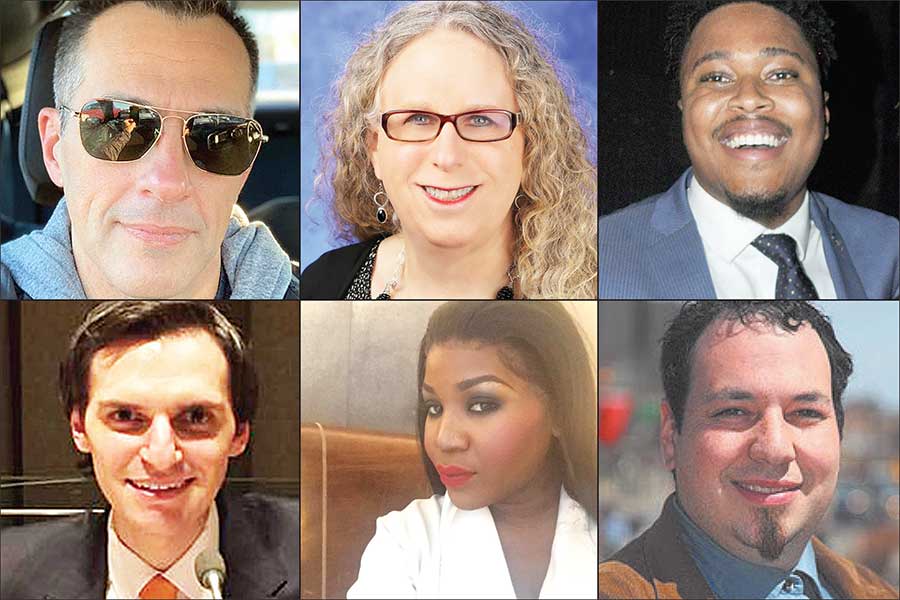 Tony Doran is the president and founder of Woodbury Community Pride in Woodbury, N.J. He also serves on the board of Woodbury Old City Restoration Committee and is the Economic Development Committee Chair of Woodbury Community Pride. Doran and the WCP team pushed for LGBT equality in the South Jersey town. These efforts resulted in Woodbury Council approving a nondiscrimination ordinance, an LGBT-inclusive regulation that bans discrimination in public contracting and the establishment of the city’s Human Relations Commission to enforce nondiscrimination and promote public education. As a result, Woodbury was named the most LGBTQ-friendly town in South Jersey, receiving a perfect Municipal Equality Index score from the Human Rights Campaign.

“We can’t just open our doors and say, ‘We love LGBTQ people.’ We want LGBTQ people to come here, open businesses in an area where they know they’ll be accepted, they’ll be safe and they can be a real part of the community,” Doran told PGN in October 2017.

Landau Goodman is the founding executive director of the Pennsylvania Youth Congress, a youth-led organization advocating for public-policy changes within schools and communities.

In August, he also was appointed to serve as a commissioner on Gov. Wolf’s statewide Commission on LGBTQ Affairs. The recent University of Pittsburgh School of Law graduate came up with the idea of recreating Gov. Milton Shapp’s Council for Sexual Minorities and wrote the initial proposal for the LGBT commission when Wolf was elected for his first term in 2015. Goodman worked for two years to help bring the commission to fruition.

Landau Goodman was a driving force behind the establishment of Lower Merion Township’s nondiscrimination ordinance in 2010. He worked with civic leaders in the township, which is his hometown, to implement protections for LGBTQ people. When he was named as a commissioner, he told PGN the proposal for the commission emphasized how it needed “to be fully diverse across every geographic location within the state and all identities that reflect the fabric of Pennsylvania’s LGBTQ communities.”

“I want to make sure that the issues of the most vulnerable Pennsylvanians are brought to the forefront and are centered. We need to have opportunities for centering the issues facing trans folks, LGBTQ people of color, immigrants and refugees and so many people who are often marginalized.”

Kenyatta was elected as the first LGBTQ candidate of color to serve as a Pennsylvania state representative.

The North Philadelphia native, who will be sworn in Jan. 1 to represent the 181st District, won in a landslide over his Republican opponent, garnering more than 95 percent of votes in November’s general election.

Kenyatta has been involved in community affairs and politics since the age of 11, when he served as the junior block captain with the Philadelphia Streets Program. The community activist-turned-politician has served in leadership roles with the Greater Philadelphia Chamber of Commerce, Liberty City LGBT Democratic Club, Smith Memorial Playground and Playhouse, the Philadelphia Chapter of the National Organization for Women’s Education Fund and Equality Pennsylvania. In 2016, Kenyatta was also elected as a delegate for Hillary Clinton to the 2016 Democratic National Convention.

“I really do hope that my success in the election inspires other kids who might be LGBTQ or young, or come from a poor background, or may feel left out and left behind, that they can run, and they can win,” Kenyatta said.

Levine is the state’s secretary of health and a professor of pediatrics and psychiatry at Penn State College of Medicine. She is one of only a handful of openly transgender people across the country to hold public office and the highest ranking trans-identifying person to serve as a government official in Pennsylvania.

After joining Gov. Tom Wolf’s cabinet in 2015, Levine’s first action was to address the state’s opioid crisis. She signed a statewide order that allows pharmacies to dispense naloxone, the overdose treatment drug, to anyone who asks for it. She also spearheaded an LGBT workgroup for the governor’s office in 2016 that creates programs to ensure fairness and inclusivity in healthcare and insurance.

“One of the things that has been really helpful for me on the transgender front is Dr. Rachel Levine, who started out as physician general and is now secretary of health. She has been a great source of information, suggestions, recommendations and will continue to do everything we can to make Pennsylvania the fair place we need it to be,” Wolf told PGN in October.

Before Shanker became executive director of the Bradbury-Sullivan LGBT Community Center in Allentown, the activist and community organizer served as president of Equality Pennsylvania from 2011-13. There he led campaigns to advance LGBT equality in municipalities across Pennsylvania, including equal spousal-benefit ordinances and municipal nondiscrimination laws.

Shanker also played a significant role in getting conversion therapy banned in several municipalities in Lehigh Valley, including Allentown, Reading and Bethlehem. In addition, he serves as a commissioner on Gov. Wolf’s Commission on LGBTQ Affairs and is the only openly LGBT person on the Pennsylvania Human Relations Commission, which investigates antibias complaints in the areas of employment, housing, public accommodations, commercial property and education.

Shanker is also a member of the ACLU of Pennsylvania’s board of directors and serves as a board member on the Nonprofit and Business Partners Council of the Greater Lehigh Valley Chamber of Commerce.

As the community-engagement specialist at Mazzoni Center, Woodard designed the structure of Our Way, the only program at the nonprofit organization that is operated by trans people with services especially designated for the trans community.

Woodard used a community-centered approach to develop the program, collecting data from community assessment surveys for trans-identifying people on the things they need for transitioning and daily life. Every week, she and her team perform outreach on Old York Road, a popular stroll for transgender sex workers, distributing condoms, hygiene packs and snack packs to the workers.

Local businesses, such as Philly AIDS Thrift, are now donating clothing to the center for anyone who may be facing homelessness. OURSpace participants can also be connected to Mazzoni Center’s health and wellness resources and receive legal-services referrals.

“I always want my work to speak for itself. We all know the problems that have plagued Mazzoni. I can’t control some of the things that have gone on there but what I can control is changing the environment and showing up and doing my best work. I haven’t felt this fulfilled doing work in a long time,” Woodard said.