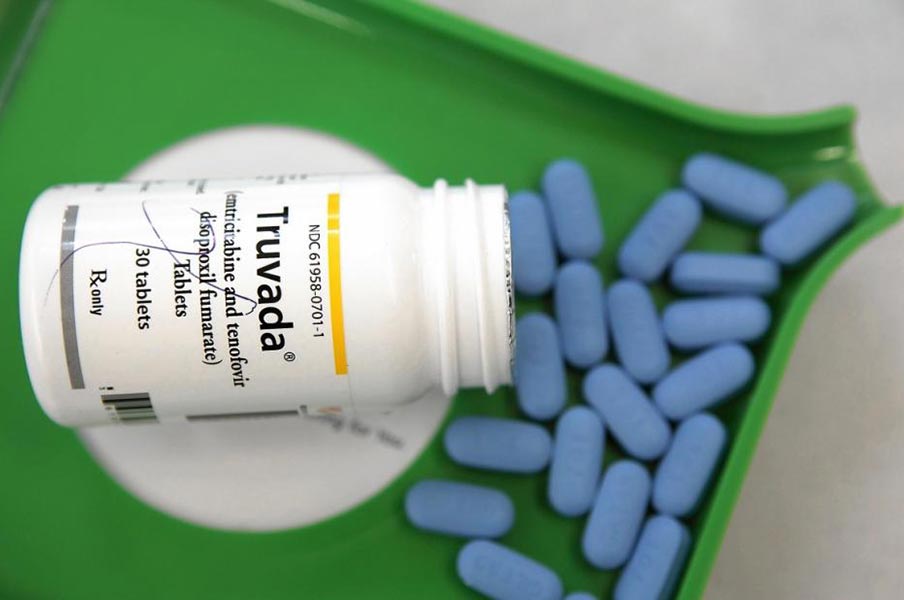 In 2012, a potentially revolutionary medical treatment was introduced that held the promise of wiping out HIV in America. Now, more than six years later, that promise remains unfulfilled. The reason why is a matter of significant dispute among AIDS advocates and medical practitioners.

It’s not as though the treatment doesn’t live up to its promise — it does. The treatment, centering around a drug brand-named Truvada, is not a cure, but a type of pre-exposure prophylaxis (PrEP) which, if used as directed, is 99 percent effective in preventing transmission of HIV to previously uninfected people.

Trouble is, PrEP therapy is nowhere near as accessible as AIDS workers say it needs to be. While millions of people around the world would benefit from PrEP therapy, only about 200,000 are currently being prescribed the treatment, and 75 percent of them are in the United States, according to a report in the journal Science.

Yet PrEP works. Its effectiveness in several clinical trials led the U.S. Food and Drug Administration to approve preventive use of anti-retrovirals in 2012. The World Health Organization in 2015 recommended PrEP for everyone at “substantial risk” of becoming infected — a total of tens of millions of people, to judge from the nearly 2 million new HIV infections in 2016. In some countries, including the United States, the targeted groups are “key populations” such as men who have sex with men (MSM) and sex workers.

There seem to be two camps concerning the reasons why PrEP is not in widespread use: One focuses on financial factors, the other on social issues.

Last summer, The New York Times published an op-ed by James Krellenstein, Peter Staley and Aaron Lord M.D., where they blamed exorbitant costs as a major factor in the slow expansion of PrEP use. According to Krellenstein and his colleagues, “With a list price over $20,000 a year, Truvada, the only PrEP drug available in the United States, is simply too expensive to become the public-health tool it should be.”

Gilead Sciences, the company that makes Truvada, holds a monopoly on the drug in the United States. As health advocates are painfully aware, drugs that are held in monopoly in the United States are usually vastly more expensive than what’s available in other countries, where a one-month supply of generic Truvada costs less than $6. Gilead charges Americans, on average, more than $1,600.

According to Krellenstein et al, the excessive cost of Truvada is especially burdensome to women and minorities: PrEP use “in black and Hispanic populations is a small fraction of that among whites. In the South, where a majority of H.I.V. infections occur, use is half what it is in the northeast. Women use PrEP at drastically lower rates than men. The issue of PrEP access has become an issue of privilege.”

Gilead, of course, defends its pricing policy, pointing out its various company programs to assist patients who qualify for PrEP, but can’t afford the cost.

But PrEP therapy remains in very limited use. Why?

“Cost is a major factor,” said Dr. Marcus Sandling of Mazzoni Center. “Even though they may have insurance, they may have a very high deductible, and so PrEP may not be available to them — even if you add in the patients’-assistance program through Gilead.”

Keisha Gabbidon, prevention navigator at Bebashi, Transition to Hope, a local AIDS services agency for the African-American community, agrees about the value of PrEP therapy — with a caveat. “It’s very valuable as a means of prevention. I feel it is helping with the reduction of cases. However, it’s not as out there as it could be, as it should be, as it needs to be.  It’s just not being utilized effectively in the community.”

Local AIDS service providers tend to agree that finances can be a major obstacle in accessing PrEP therapy, especially for minorities and other economically disadvantaged people. However, their experience tells them that’s only part of the problem.

Francisco Cortes, interim executive director of GALAEI, says that Philadelphia is actually fortunate to have a fairly good series of programs to help minorities access PrEP. GALAEI, an AIDS service organization for the Hispanic community, works with local healthcare providers to help people navigate the process to access PrEP.

“Of course there are financial barriers,” Cortes said. “There is often help for that. And there is much work to be done to improve and expand the availability of that help. But we have to also prioritize the dissemination of information. That is crucial.”

Gabbidon said that obstacles to accessing PrEp are formidable, particularly for the poor minority community. “The poor face a host of obstacles, even to the point of getting to a doctor’s visit or getting an address or ID. We have health-insurance issues every other day. There are ways to navigate the system — that’s why we’re here. But even for us sometimes, it’s incredibly hard.”

The need for expanded education about PrEP is borne out by a study of 201 transgender black and Latina women — a population that has one of the highest new-infection rates in the country — in Washington, D.C., and Baltimore, which found that 86 percent of transgender black and Latina women knew about PrEP. But only 39 percent had tried it, in part because of unfounded concerns about interactions with hormones they were taking.

“What’s distressing is that it’s just not the clients that don’t know about PrEP, but many medical providers themselves are appallingly ignorant about PrEP,” Gabbidon said. “Even with our physicians, a lot of our providers don’t know what PrEP is. They’ve got to know what that is or I don’t think my population is ever going to get the therapy they need.”

Bebashi communications specialist Brenda Alexander pointed to the stigma around AIDS as another social barrier to PrEP access. “There is still a stigma associated with AIDS, and with PrEP that makes many healthcare providers reluctant to even broach the subject with their clients. There is the attitude that their clients are not ‘those kind of people’—that is, those who would benefit from PrEP therapy. My feeling is, everyone who is sexually active needs to be on PrEP, even those in relationships. But that attitude isn’t shared by all healthcare providers.”

Gabbidon agrees. “Some doctors feel that ‘my patients aren’t going to need it. They’re not part of that population.’”

Dr. Sandling of Mazzoni Centernconcurred. “I would add that most insurance providers have difficulty talking about sexual-health issues with their clients. And their discomfort in turn makes the patients uncomfortable and reluctant to talk about sexual-health issues. In my opinion, it’s something that’s not taught very well in medical school. There’s a lot of puritanical shame surrounding sexual activity.”

Sandling of Mazzoni Center pointed out that African-American women are currently facing the highest rate of new HIV infections. “The communication just isn’t there. The right questions aren’t being asked.”

Those who work in the AIDS-services trenches, meanwhile, say that it’s just as important to remove the social stigma around sex education in general and AIDS education in particular. “Sexual health is considered a specialty field, which some primary-care doctors consider outside their purview. They think that ‘I don’t deal with that specialty population.’ Sure, it may be new and exotic, but a doctor has a responsibility to do due diligence around a patient’s whole health,” Gabiddon said.

The goal, then, is to “mainstream” sexual health issues and practices along with bringing down the cost of PrEP. Until then, access to PrEP therapy remains a difficult proposition especially for minorities and poor people. Until all the relevant parties hash out a solution, a large part of the population who would benefit from PrEP therapy will remain at risk to the continuing threat of AIDS.