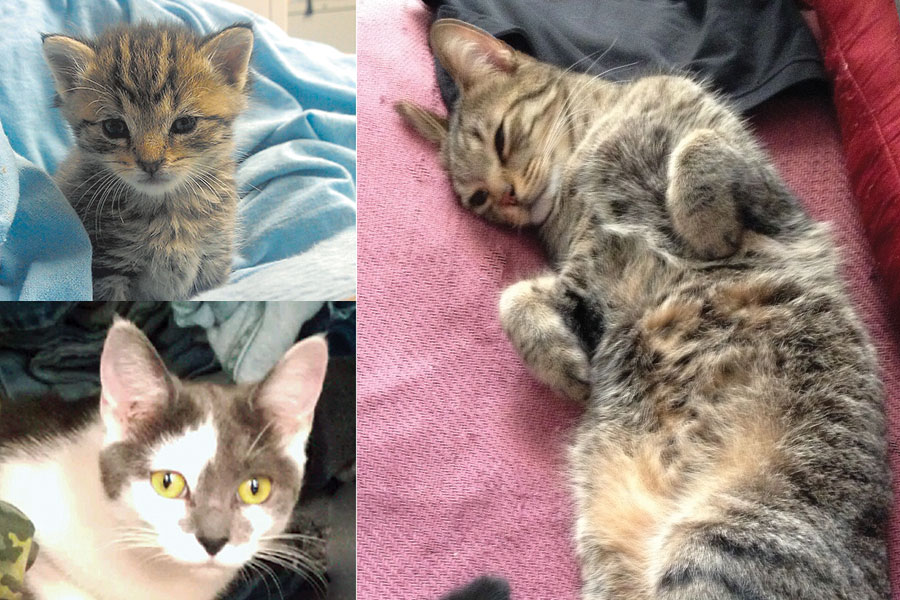 The story of Romeo, and two weeks later also his sister Mischief, are weekend tales of tails. July 2, 2011, was a Saturday and I was thrilled to have three days in a row with no events to photograph. I’d made plans only to clean the patio, cook out a couple of times, read and enjoy some summer sun.

First thing after breakfast, I went out back to start the sweeping. A very soft crying, mewling sound came from just under the collapsing wooden slats separating our house from the one behind. There in the dirt, just within fingertip reach, was a tiny fluff of gray and black fur.

I gently pulled him under and into my hand and instantly my heart was broken. Here was a tiny week-old kitten with no sign of a mama, eyes caked with dirt and infection, fleas jumping on his skin-and-bones frame and he was shaking and wheezing with every ounce of energy he had.

Fast-forward past the trials of finding a vet open on the Saturday of a three-day weekend who would take us in, and zoom in on Queen Village Animal Hospital. The vet takes him, cleans out his eyes and puts in drops. He gets medications for fleas, worms and a lung infection. I get all the instructions on how to care for a pre-weaned baby kitten, which is 24/7 and included how to make a slurry and feed him every four hours around the clock. My weekend just got booked solid.

The little tyke and I shuttle home and the daddy duties begin: more pills and drops and medicines to make him healthy. His feeding every four hours, including those that happen between sunset and sunrise, commenced.

The next week, I am biking home multiple times a day to feed and care for him until finally about 10 days later, we head back to the vet. I take him into work and put him in a little pet bed on my desk until it’s time for his appointment.

What the vet didn’t tell me at the time was that they were concerned he might lose the sight in one eye. In fact, they say at the follow-up, they weren’t sure if he would make it at all. He was in worse shape than they let on, and I was fine with that. They were not only impressed with my nursing abilities, but more than that, told me that if I had not been out there that morning, he would not have made it through the weekend.

Well, Romeo was great practice, because just a few days after that second vet visit, I found another little fur ball. This one was a black-and-white calico. She had many of the same symptoms, but she apparently had been with mama a little longer than Romeo. Following the same process, Mischief joined the household.

Even as they grew and got weaned and litter-trained, there were weeks of getting the old feline guy — PITA, or “Pain In The Ass” —  (another street rescue from several years prior) used to the two little toy-sized critters.

Now we’re a happy, healthy family of five; my boyfriend Micheal joined us in the house when they were turning a year old. If there were any stronger love or bonding in the world other than from animals who were literally near death and taken in, I haven’t encountered it.

Since then, Micheal and I have rescued five more street kittens and found them homes. Shelters are full of many others. We hope that, when you decide to be a mommy or daddy to an animal, remember that when you rescue them, they rescue you right back. 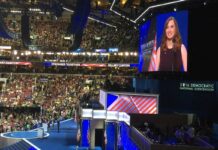