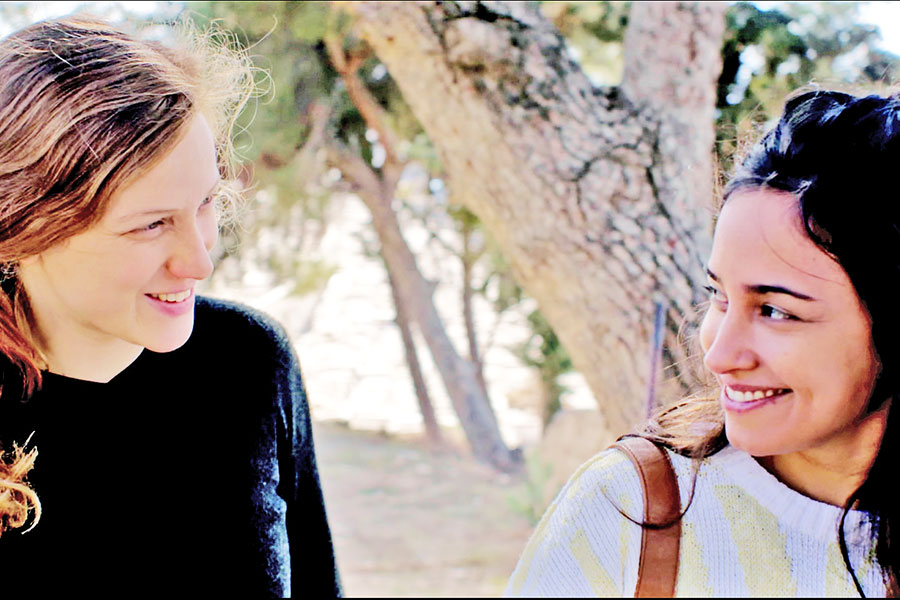 It’s a familiar story: A young person struggles to come to terms with their sexual identity under the weight of a disapproving family and/or religion. It’s an emotionally difficult process in the best of circumstances, and the more conservative the environment, the more traumatic it can be.

The new Israeli film “Red Cow,” written by Tsivia Barkai, offers us a moving and insightful glimpse of what it’s like for LGBT youth to go through this process in another culture than our own — in this case, a radically Orthodox Jewish culture in a relatively poor east Jerusalem neighborhood. Many aspects will be familiar to American LGBTs, with others unique to Orthodox Jewish culture.

Benny is a 17-year-old girl living with and caring for her father, a religious Orthodox zealot who is also a prominent leader and educator in their community. Her mother died when she was a baby. Benny has a more-secular outlook on life, but for her father’s sake, she goes through the religious rituals that dominate an Orthodox Jew’s life.

The small family has recently come into custody of a newborn red cow. In Orthodox Jewish tradition, the rare birth of a totally red cow is celebrated as a sacred symbol of the imminent coming of the Third Temple. Benny is charged with caring for the sacred beast until it has grown enough to be ritually sacrificed.

Benny meets and befriends Yael, one of her father’s students. Like Benny, Yael is hiding an interest in modern secular culture; the two girls bond while reading poetry. In short order, the girls are forced to acknowledge their growing mutual attraction and embark on their first same-sex love affair.

Of course, complications ensue. The father finds out about the affair, and his predictable disapproval creates a rift between with his newly self-identified lesbian daughter. Also, Yael is not as prepared to embrace a new life as is the strong-willed Benny.

Even Americans who grew up in religiously conservative families would probably not understand how completely religion and ritual dominate the daily life of Orthodox Jews. Nonreligious education is disdained, if not scorned. Prayer is constant; literally, there are formal prayers that must be recited for almost every aspect of daily life. And, of course, the lives of women are strictly regimented.

It is not writer/director Barkai’s intent to pass any sort of judgment. Her portrait of Orthodox life is nuanced and kind-hearted. Benny’s father is certainly not painted as a villain. But Barkai is honest about how restrictive and regimented Orthodox life is, and about how much pressure Benny and Yale are under to conform to the rules and traditions that comprise conservative Jewish Orthodoxy.

Barkai is excellent in showing how Benny and Yael are torn between their love for each other and the pressure to fit in with the society they grew up in. As the more free-spirited of the two, Benny’s internal struggle is the more painful. She truly loves her father, but is determined not to be constrained to the life he demands of her, knowing full well that her choices may estrange her from the man she has devoted her life to.

Barkai made some excellent casting choices, particularly with Benny and Yael. Avigail Kovari as Benny does a superb job displaying the barely contained volcano inside her character. And when it erupts, as it inevitably must, it’s heartbreaking, indeed.

Moran Rosenblatt is also excellent as the more ambivalent Yael, a thankless role in that her character’s choices end up making her much less sympathetic than Benny.