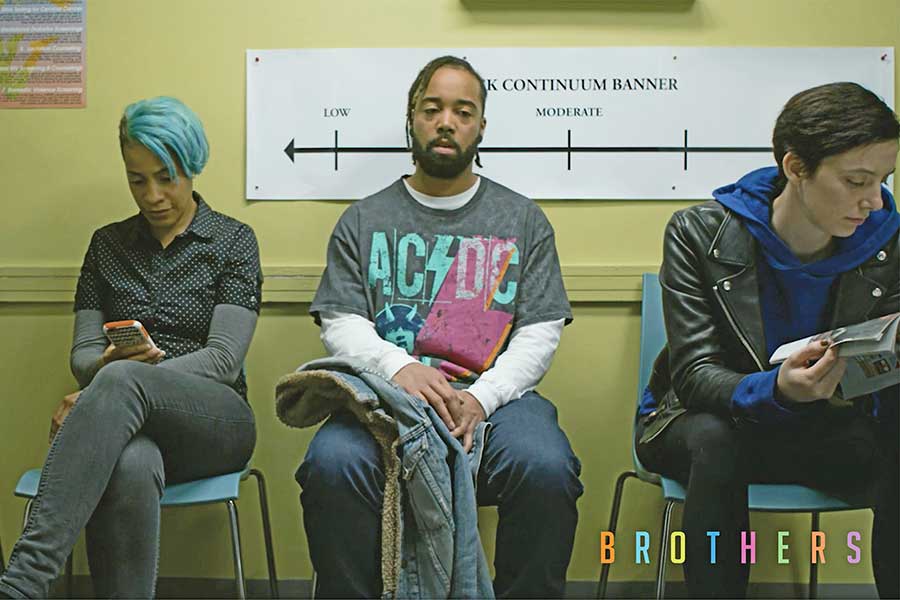 With shows like “POSE” and figures like Laverne Cox garnering mainstream critical praise and exposure, many would agree on progress in the representation of transgender characters and actors on television and in film in recent years. Yet there is a glaring omission from that spotlight and one series working to highlight an often-forgotten segment of the transgender community: trans men.

The critically acclaimed short-form web series, “Brothers,” follows a group of transgender male friends who are dealing with various issues in their lives.

Emmett Jack Lundberg, the show’s creator, producer and director, said that he started the series because he wasn’t seeing the stories of trans men being told anywhere.

“These are the stories that we want to tell. It was something that I came to because I was not seeing myself reflected in any media,” he said. “It’s interesting to see people who have no knowledge of the trans community see our show, because I’ve had times where people will see it and then ask me if I am transitioning to be a woman. There’s definitely an invisibility of trans men. A lot of people don’t know that we exist and it’s something that blows a lot of people’s minds.”

Lundberg added that much of the show is based on his own experiences as well as those of people he knows in the community.

“Obviously I don’t represent the entire community and can’t represent the entire community,” he said. “I try to tell stories, whether it’s friends I know or other people in the community. A big thing in our latest episode is going to the doctor and not having the gender marker on your insurance match your gender, which is a big deal. It’s frustrating. I’ve had the experience of needing to leave my gender marker as female before having specific procedures because otherwise the insurance is not going to cover it.”

Lundberg said that one of the challenges in making “Brothers” is balancing the need to entertain with the responsibility of informing the audience both outside in inside the trans community.

“We never wanted to be too much on the PSA side,” he said. “We are a show and we are trying to be entertaining, but still give people inside the community a chance to see themselves.”

Another challenge Lundberg faces is getting the resources necessary to complete entire seasons of the show, as well as expanding “Brothers” into a series that could get more exposure.

“It’s always a challenge to find funding for any independent project, especially one like this,” he said. “Getting the money to be able to do and to be able to pay people is the biggest challenge. When we started, it was a little bit of a different atmosphere. So it was a challenge being explicit about the fact that this is a show about trans men. We are in the middle of our second season and we are hoping that we have the opportunity to produce the remaining six shows we have in the season. It comes down to the funding.”

For now Lundberg said he is happy that the trans masculine community has some form of entertainment they feel represent them in an honest light.

“The biggest thing for me is hearing people say they have finally seen themselves in the media,” he said. “I think a lot of people maybe don’t think about what it means to finally see yourself — I think it’s a really huge deal.”

“Brothers” is available to stream on Vimeo and Amazon Prime. For more information, visit http://brothersseries.com.