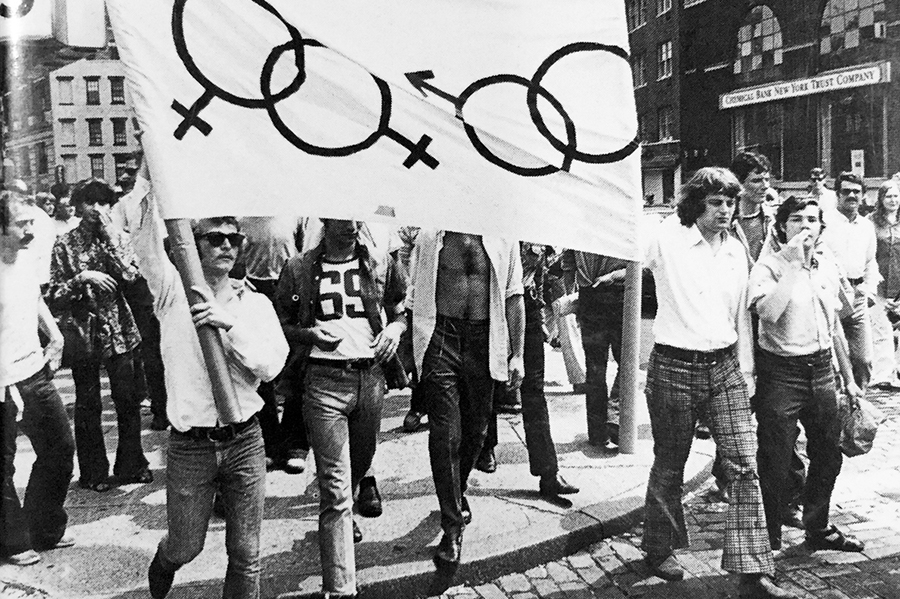 Each of us who was at Stonewall has a different view of the event. They run the gamut from it being a rebellion, a riot, a revolution or simply a night of the queens having fun and taking over their home, Christopher Street. There are many other versions espoused by people who were there — historical scholars, journalists and people who like to make things up. Let’s parse the facts and inconsistences of all of these views.

First: Who was there? It amazed me, as I was on my book tour, how many people came up to me and said, “You remember me from Stonewall?” and wanted me to confirm to their friends that they were indeed there. This has been a contentious issue to the point that now thousands of people claim to have been present. To each, I said, “It was a riot. You can’t take attendance at a riot.”

But there are ways to at least make assumptions about who was there. The best accounts are from those who, out of the ashes of Stonewall, created the Gay Liberation Front. Many of us GLF members are still around. Stonewall was not just one night. Those who were there know of the other three nights as well. Those nights helped form GLF. GLF and Stonewall are connected at the hip. Writings on Stonewall published by our own community during the time period are more accurate, since mainstream media largely ignored it or was biased. A good place to start is Donn Teal’s “The Gay Militants,” published by Stein and Day in 1971. Many of those at Stonewall contributed to Teal’s work.

Here’s my simple rule: Anyone who propagates the myth that we were angry because of the funeral of Judy Garland wasn’t at Stonewall. That myth is an insult to all who did participate. And it should be obvious, since we were in the counterculture of the 1960s, not the ’40s. Garland may have been the music of some 40- and 50-year-olds who might have been in the bar, but those people were privileged enough to run away. To those of us who stayed, Garland was not on our mind. It’s a stereotypical slur that was started by a straight white man writing about the event a week later in the Village Voice. None of those who have credible claims to being there think Garland was a factor. So if you’re writing about Stonewall and continue the myth, check your delusion in the mirror.

That includes Charles Kaiser who, while being interviewed by The Washington Post about his book “The Gay Metropolis,” was quoted as saying he thought “the prospect that a funeral service for Garland held on the first night of the riots on the city’s Upper East Side inspired a grieving gay fandom to stand up to police bullies.” No.

Second: Who threw the first rock? Again this was a riot, not an organized demonstration. People gathered in a semi-circle around the front doors and across the street as police were letting people out. Something was said to the police, they said something back and then people started hurling objects towards the bar. Stones, empty cans. The reality is no one actually knows who threw first, or even what they threw.

Those of us who were at Stonewall all have different accounts, based on our own memories of that night, about what we did. It wasn’t a precision march. Each person had a different experience. Some gathered at the door as people were let out, some ran up and down the streets letting others know what was happening and others wrote on the walls and streets, “Tomorrow night Stonewall,” to help organize the rallies in the days after. To me, all the accounts of my brothers and sisters of GLF are correct since each account is their own personal memory and their different views on what created the riot. Everyone in GLF has a different perspective and I accept each person. Historians must take all of them into consideration in writing about that historic night, and thus far, most of the work compiled has not done that well.

The two best known that come to mind are David Carter’s “Stonewall,” which is more detailed and researched than anything that came before, but written during a time of competing and conflicting views. Carter had to sift through the noise — he persevered, and his book can and should be used as a starting place to be built on. I personally hope he continues to research and others continue to forward him material. For my part, I’ve recently sent him information on one of the bouncers/doormen who married a friend of mine and who still lives in NYC. I trust his research and hope he’ll chat with others he did not have time for in his first edition. The other well-known Stonewall book, by Martin Duberman, focuses on just six people, overdramatizes the drama within the community and is fueled by his personal, privileged agenda.

As to the recent Roland Emmerich film, “Stonewall,” — that was a complete disappointment. There is no actual video footage from that first night, and the photos you see are from the other nights. Cell phones were not invented as yet. Everything you’ve seen in the film is a (largely incorrect) recreation built upon the director’s image, not ours. Several of us who were at Stonewall offered to help give the filmmakers detail and context, but none of us was asked to do so.

Moving on — exactly how many people were at Stonewall? It went on for many hours. Some people were there the entire time; others came later. Even more were just passing by. Was it 50 or 200? We all have different views. My personal thought is less than a hundred given the number of people on the street. The participants were scattered with the exception of those around the front door, which might make people think there were more people than there actually were.

Everything I’ve said thus far is from my own memory and from reading well-sourced materials. But here is what is absolutely known: from Stonewall came the Gay Liberation Front. Without Gay Liberation Front, Stonewall would be as remembered as the Dewey’s sit-in or the Compton’s Cafeteria riot, both of which happened before Stonewall, but which the general public knows little about. GLF, which had many of those who stood tall that first night at Stonewall and who helped organize the following three nights, made that first night historic by realizing that it was the catalyst for change that our community needed. Some might say that Gay Liberation Front, born from the ashes of Stonewall, might be more important then Stonewall itself.

Many people in New York in June 1969 were fed up with the antiquated tactics of prior movements such as asking for “homosexual equality,” as it was called by members of the Mattachine Society. Before Stonewall, several of the early GLF founders including Martha Shelley and Marty Robinson were attempting to create a new movement. Others like Sylvia Rivera also wanted a new movement, but few people at that time from those earlier organizations wanted to be associated with her.

GLF was created and Sylvia was welcomed gladly, the first trans person to be a member of a gay organization. GLF changed our community in other drastic ways – it helped us decide that we had the sole right to define ourselves rather than live by society’s definition. We were out loud and in your face. Rather than beg for our rights, we demanded them. Then we did something even more revolutionary: We created a community where there was none before. Before GLF, the only place LGBT people met were small organizations in large cities, private parties, a few illegal gay bars and cruising places.

One month after Stonewall, GLF had its first demonstration. We took over Christopher Street and told the police it was our home, our community — the very first gayborhood. We invited what today would be called the trans community, including Sylvia Rivera and Marsha P. Johnson, to join our ranks. They created “Street Transvestite Action Revolutionaries,” or STAR. Some of us created Gay Youth, the nation’s first organization for LGBT youth. We held public dances and public meetings. We went on TV and radio shows, we printed and distributed publications along with medical and legal alerts. We even created the first LGBT Community Center. If all of that were not enough in that first year, many of us joined with Craig Rodwell to help form “The Christopher Street Gay Liberation Day March,” which was the first Gay Pride Parade.

How dramatic was this? Before GLF, the nation had only around 100 openly gay people who would speak on behalf of our community or show up at a demonstration. In fact, there was only one demonstration a year. One. That was in Philadelphia each July 4 in front of Independence Hall from 1965-69. That national demonstration never drew more than a hundred participants.

One year after the creation of GLF, there were anywhere between 5,000-15,000 people at that first Gay Pride. The FBI report stated 3,000, The New York Times reported 5,000. Those of us who were there think it was more. But even going from the NYT numbers, from 100 to thousands in just one year is an incredible shift. GLF was a phenomenon with autonomous chapters sprouting up all over the nation and the world. GLF created the movement we have today. More importantly, GLF created the LGBT community where there was no community before.

There are other lessons that could be learned from GLF. Today’s LGBT organizations struggle with what they assume to be the difficulties of the intersection of social-justice movements working together. GLF joined with other movements and supported them regularly. Likewise, GLF welcomed diversity.

Here is one last point, one that is personal and stated with a sense of pride: GLF was by far the most dysfunctional LGBT organization that has ever existed to this day, and that was part of its magic. So much arguing, so much yelling, so much disagreement. But how else could it have fought off the oppression of 2,000 years and produced the first real out, proud, and in-your-face generation? How else could it have inspired people to come out when it was illegal to be openly gay? Stonewall created GLF, but it was GLF that changed the world.