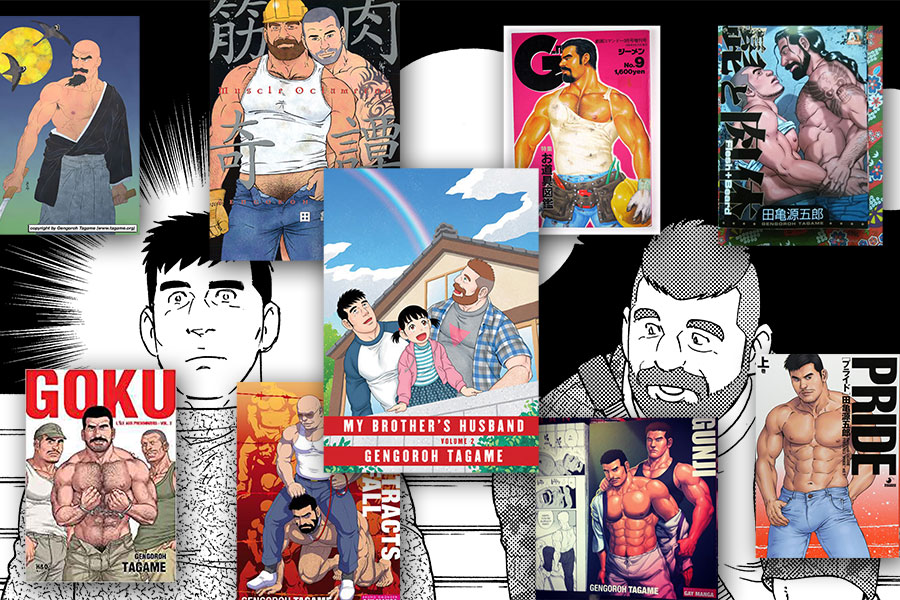 In 2014, his work took a sharp turn to focus on family life.

With the publication of the serialized manga “My Brother’s Husband,” Tagame sidelined erotica to explore homosexuality in a family setting. Volume one of the two-part series follows protagonist Yaichi and his daughter Kana as they field an unexpected visit from Mike, a Canadian stranger, and the husband of Yaichi’s recently deceased brother, Ryoji.

Translated to English by Anne Ishii, volume one follows Yaichi’s journey towards acceptance as he gets to know Mike and, through him, Ryoji.

Volume two of the series hit bookstores Sept. 18. We caught up with Tagame and his translator and agent, Ishii, to discuss his transition from erotica to family drama and what fans can anticipate from volume two ahead of his appearance at Giovanni’s Room for OutFest. 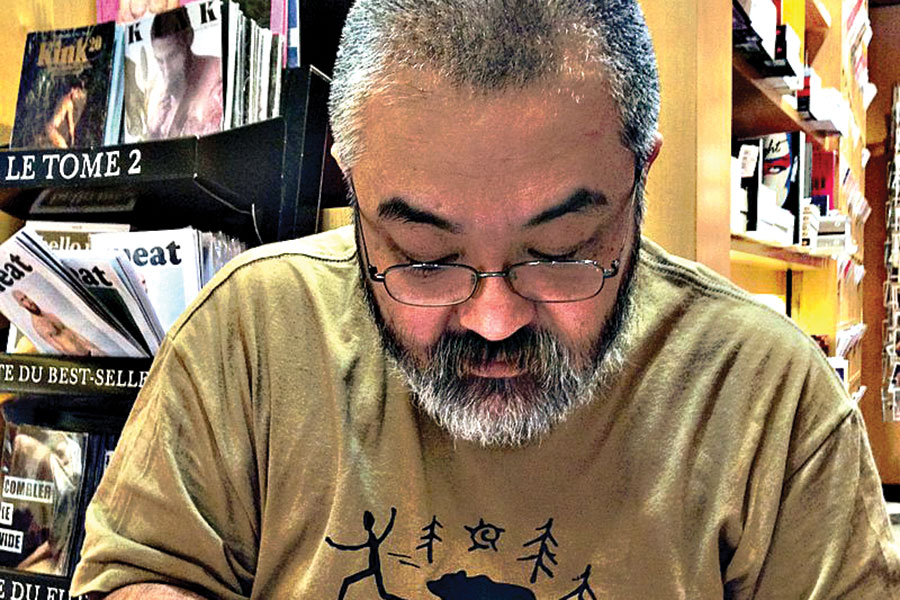 PGN: Before you wrote “My Brother’s Husband,” you had a successful career making sexy, bear-laden and often violent manga.  Why did you decide it was time to explore other stories?

PGN: You’ve said the idea for “My Brother’s Husband” stemmed from wanting to write a gay-themed story for a straight audience. Why did you want to write that type of story?

GT: I think I always knew that a non-gay audience could get excited about gay stories, and I really wanted to challenge myself to do it well. I realized the story needed straight characters, but I also wanted those characters to feel the impact of issues related to being queer. Marriage equality was a big item in the global news, and that is something I know affects everyone, regardless of sexual orientation.

PGN: Volume one of “My Brother’s Husband” ends with Yaichi still working through his reservations about homosexuality. Where do we find the characters in volume two?

GT: In volume two, we find Yaichi continuing to negotiate with his fears and concerns about what it means to have a nontraditional family, and potentially what it would mean for Kana to be gay herself. Natsuki, his ex-wife, plays a bigger role in this volume, and I think readers will realize family is more complicated than it seems — and there isn’t much about any family that is actually traditional.

PGN: Volume one deals heavily with the themes of connection and family. How are these themes expanded in volume two? Are there new themes that surface?

GT: Much of the themes of family and connection persist, and as the story progresses, the characters gain a deeper understanding of nuances of different family dynamics. Not only because there is a gay marriage implied between Ryoji and Mike, but the fact that Natsuki and Yaichi are divorced and clearly still share kinship and parental responsibilities. The fact that Yaichi is the primary caregiver is also unorthodox.

PGN: How have fans responded to volume two and the series’ ending?

AI: I can tell you as one of his editors and as his agent that readers have been really excited about this story from many levels. Our own editor and art director for the English edition, Chip Kidd, has said that as a recently widowed husband himself, the books have been devastating and beautiful. Many people have commented that they feel seen by the story and represented for how unique a loving family can look — not just “traditional” or “nuclear.”

PGN: Will Tagame continue to create family dramas? Is this a new period for your manga?

AI: As a matter of fact, Tagame is currently serializing his second family manga series for the same YA magazine that ran “My Brother’s Husband.” It’s called “Our Colors” and is about a high-school boy who is starting to come into his gay identity. He uses his passion for visual art and painting in beautiful hues to parse his emotions. Tagame also continues to work concurrently on adult-oriented hard-core erotica for Badi magazine and with us at MASSIVE.

PGN: You’re attending a meet-and-greet event hosted by Philly AIDS Thrift during OutFest. What will your appearance include?

AI: We will be giving a short talk on Tagame’s work, as well as showing some work, but mostly using the opportunity to converse about the themes of “My Brother’s Husband” and answer questions from fans.

PGN: Have you been to OutFest or Philly before? What parts of either are you excited to explore?

AI: This is Tagame’s second time in Philadelphia but first time at OutFest, and I have recently moved to Philadelphia myself to start a new job as executive director of the Asian Arts Initiative, so I’m excited to show him this gorgeous city.