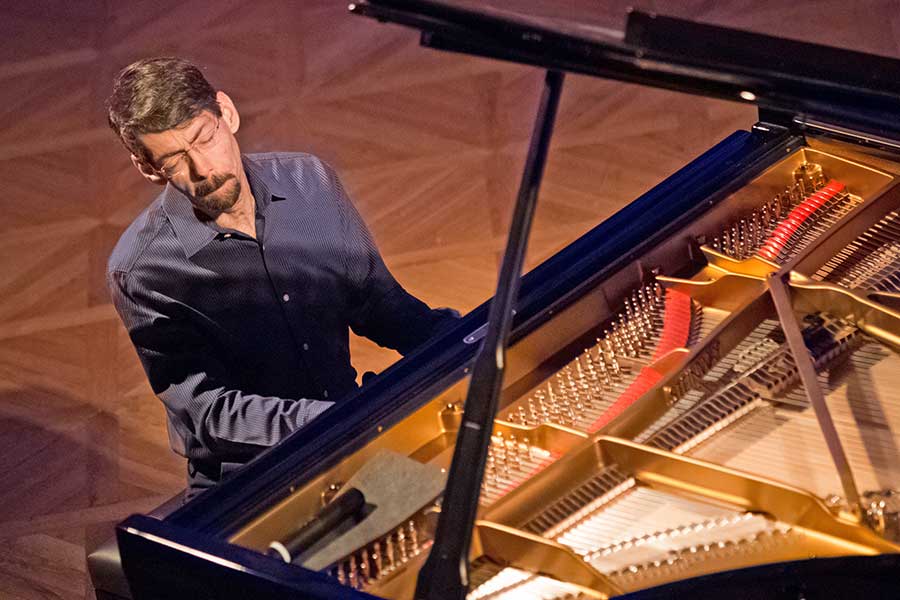 Fred Hersch has spent the better part of his career building a reputation as one of the most prominent pianists and composers in the somewhat-rarified realm of modern jazz. What surprised him was that, along the way, he’d make history.

Turns out, Hersch was the first Grammy-winning jazz artist to come out of the closet both as a gay man and as a person with AIDS.

Like all of the arts — and society as a whole — jazz has had its share of gay and lesbian performers, but they’ve mostly kept quiet about it, keeping their private lives very private.

“Oh, there have been a number of jazz musicians over the years whose sexuality was a matter of speculation, or was an open secret,” Hersch said. “But as far as being out and open — yeah, I guess I was the first.”

Hersch, 62, said he came to love performing jazz in high school, and it was in college where he began exploring his sexuality. But he perceived the world of jazz as something of a good ol’ boys network, and it was important to him to win the respect of his musical peers — something, he said, he wasn’t sure he deserved. So he stayed inside the closet.

It was in the ’80s that Hersch received his diagnosis, something else he decided to keep private. But he found the secrecy to be a struggle because, as his health deteriorated, his career was taking off, with an increasingly heavy schedule of touring and recording.

“Eventually, it proved to be too great a burden, keeping two lives separate,” he said. “It was affecting my health, my music, my relationship, and ultimately, my happiness.”

Hersch’s health has been an ongoing issue — getting better, getting worse—with the worst coming about a decade ago, when he ended up spending two months in a coma. But he came out of it and, in recent years, his health has stabilized and improved.

The performer will showcase his most recent project in the form of a collaboration with St. Stephen’s Episcopal Church. Always a supporter of the arts, St. Stephen’s briefly closed in 2016, but reopened the following year with a mission to create a new model of urban church that redefines congregation through a commitment to worship and the arts.

In support of this new mission, Hersch will hold a concert to benefit St. Stephen’s inaugural season of arts programming on Sept. 28.

Additionally, his concert will kick off a major component of this new arts program, a jazz-solo performance series called “The Future of Jazz Piano,” curated by Hersch himself.

“My series this year shines some light on three particularly strong solo pianists. Playing solo is a true test of pianistic resources, imagination and awareness of all the many historical styles of jazz piano. And these young artists are more than up to the task.”

When asked how he chose his collaborators, Hersch admitted to eschewing the audition process, instead selecting three young pianists whose work impressed him in recent years. They are Glenn Zaleski (who will appear in November), Sullivan Fortner (February) and Micah Thomas (April).

Hersch makes no apologies for his method of choosing talent: “I’m the curator and I could choose however I wanted.”

Prior to the benefit concert Hersch will read from signed copies of his recently published memoir, “Good Things Happen Slowly.”

Fred Hersch Benefit for St. Stephen’s Episcopal Church Arts Programming will be Sept. 28 at 19 S. 10th St. The reading and book signing will be held 6:30 p.m. and the concert begins at 8. For more information, call 215-922-3807 or visit ststephensphl.org.