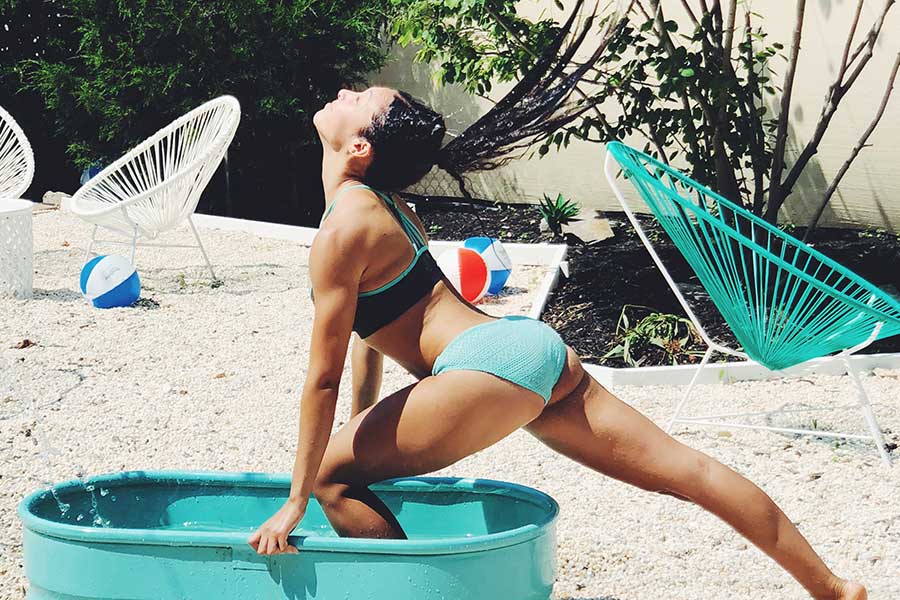 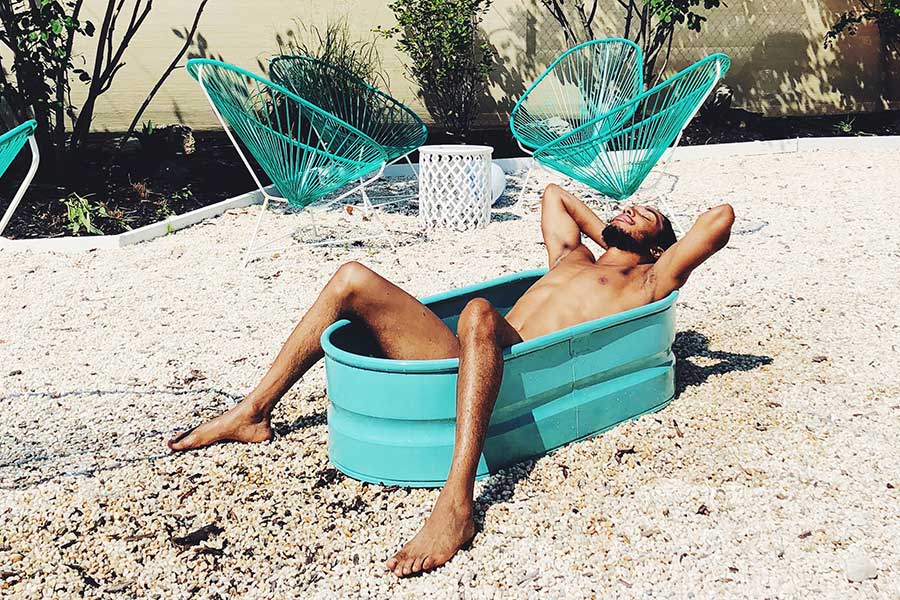 “I just haven’t been able to shake the smartass,” joked Brian Sanders. But he means it.

Sanders was referring both to both his career as one of Philadelphia’s most prominent and popular choreographers and performance artists as well as his attitude in his latest show, “Plunge.”

Sanders has been performing under the aegis of his company name, Brian Sanders’ JUNK, for almost two decades. He has earned a reputation for the dare-devilish physicality of his choreography as well as an overt sexuality that can leave bluebloods blushing. He’s not shy about suffusing his work with a sometimes-in-your-face gay sensibility.

“Plunge,” which
will be part of this year’s Fringe Festival, will show Sanders in a smart-alecky, satiric mood with a touch of apocalyptic futurism — Orwell with a sense of humor, perhapss.”

Yep, I would say that,” Sanders agreed with a grin.

“Plunge” posits a future where some sort of computer catastrophe involving virtual sex (don’t ask) has destroyed most of the data from the past. As Sanders described it, “[They] have very little preserved data from the past. Thankfully, the Ministry of Aesthetic Embellishments is here to reconstitute the past, as best they can.”

The performance artist likes to coin new words to describe what he means. Apparently, the ministry is in search of “anthrotropic artifactuals” from the distant past, which it terms the “Age of Plastic.” Why plastic? Because, it seems, that’s pretty much the part of our culture that survived.

The choreographer gleefully outlined his sardonic vision of the future: “[They’re] pretty sure there was lots of animal worship in the past. They’re trying to figure out why people picked up animal feces in little plastic containers. Clearly, the people of our time worshipped these animals. They walked around behind these animals, picking up their waste, then wrapping that waste in these little ‘fecophagi’ [another coined Sanders word meaning fecal sarcophagi]. This came down through the ages because they wrapped feces in plastic, preserving this holy relic for many, many, many centuries to come.”

Sanders comes out of his satiric fugue long enough to rave about his outdoor performance venue; the Patio at Spring Arts.

“The Patio is an outdoor retro lounge bar with a sleek 1960s vibe, but forming an interesting incongruity with the next-door train tracks. Perfect vibe for a JUNK show,” he explained.

The Patio is emblematic of what the city is trying to do with the 10th and Hamilton area, Sanders said.

“Spring Arts is what they’re trying to convert the Loft District into because there’s so much there now besides lofts. There’s an amazing amount going on. We’re literally across the street from the Bearded Ladies, for example. So many venues have sprung up: beer gardens, breweries, cafés, performance spaces — you know, the stuff that comes into a neighborhood after the trendy people move in.”

“And,” he added, “we’re performing quite literally right under the new rail park. How cool is that?”

A PGN reporter was permitted
to attend a short segment of one of Sanders’ rehearsals, which displayed his reputation for integrating
interesting props and settings into his choreography.

And it wouldn’t be a Sanders JUNK performance without a hefty dose of male sexuality. Not to give anything away, but audience members who sit under the wet plastic canopy will get a close view of something very special.

JUNK has become a popular enterprise among Philly’s dance cognoscenti — popular enough that Sanders’ show is funded entirely by his audience. And, as JUNK grows in stature, Sanders’ reputation as an independent choreographer is growing as well. Not only was he commissioned to do an original piece for the Pennsylvania Ballet (which was very well received), but he also has a new commission for an original piece with the Philadelphia Orchestra next year.

In describing “Plunge,” he assures his fans that “it’s a Brian Sanders classic with its beauty and grace — not just of the human body, but also visual imagery. But at the same time, it brings satire and wittiness, and probably even a little emotional poignancy.”

And a hefty dose of smartassery.