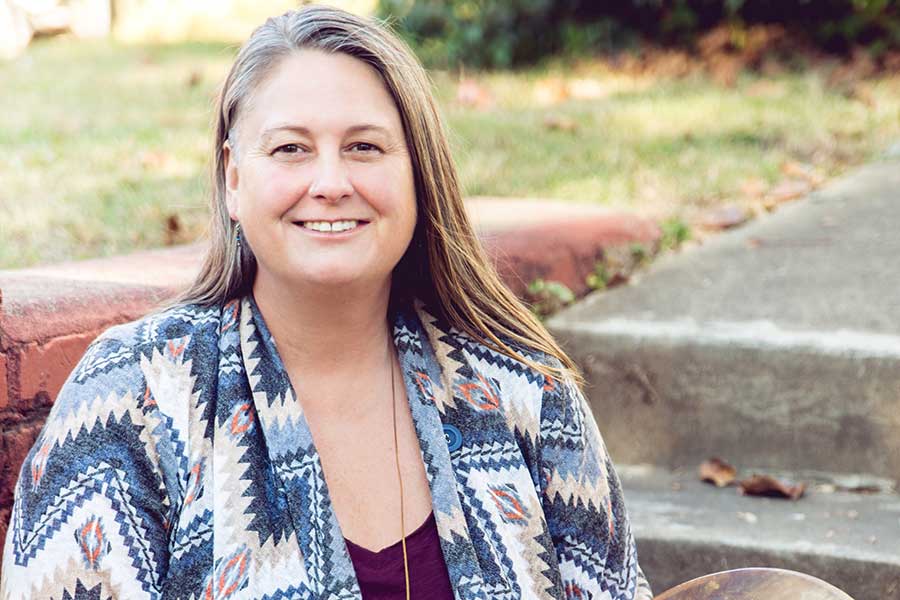 The world is a little rough right now. Turn on the local news and you’re inundated with senseless shootings, people being victimized and schools in crisis. Turn on the national news and you’re looking at a senseless state of affairs with an administration that would be laughable if it weren’t so deadly. Mother Nature seems to be wrecking havoc with one catastrophe after another and religion is being used to hide child molesters, or as an excuse for not baking us cakes.

Yikes! What’s a girl to do?

Escape for the weekend to SisterSpace, a wonderful women’s weekend (sorry, fellas) that’s sure to rejuvenate the spirit or just give you a chance to let your hair down (and your boobs out, if you so choose) and get away from it all for a couple of days. There’s something for everyone — from karaoke to drum circles, art classes, workshops, movies, swimming, tennis and impromptu softball games. And if you want to have another type of fun and games, you can head over to the White House in the evening and explore your kinkier side with the help of the folks from Sexploratorium. There’s amazing music and nightly concerts with top-notch acts like Be Steadwell, Crys Matthews and Melissa Crispo, who will grace the same stage as music pioneers Cris Williamson and Holly Near.

We took a moment while packing our marshmallow, bourbon, flip-flops and short tops to speak to Jamie Holmes-Allen, who will be running the uber-popular Sweat Lodge.

PGN: Tell me a little about what you do.

JHA: I worked in the corporate world as a design engineer up until about four years ago, when illness drove me out of it. I am of Cherokee descent and my partner and I opened a business called Earthen Moon. We make and sell tools for your spiritual journey. I make Native-American hand drums and rattles, feather fans, smudge fans and more. I also teach workshops like “Shamanic Journeying as a Sacred Tool,” drum birthing, which teaches how the shape of the frame drum is a circle, which symbolizes the endless circle of life. Mother Earth and the drumbeat represent the heartbeat of Mother Earth. I also teach how to find and connect with your spirit animal/guides/totems. My wife makes prayer beads and jewelry in sterling silver and copper with healing gemstones, among other things. All of our products are made from natural materials and are spirit-based.

JHA: True. About three years ago, we moved into a 40-foot RV and traveled around doing festivals and shows. I was doing my spiritual work as well. But last December we bought a house; my wife had had enough of the RV life for a minute. She works at a women-run-and owned auto-mechanics shop.

PGN: I understand that you’re pretty handy too.

JHA: Oh yeah; my dad was an electrician and he took me under his wing. I never wanted to be in the kitchen cooking, so he taught me how to run electrical lines into a house and I know a little plumbing and carpentry. If I don’t know something, I’m not afraid to jump in and figure it out.

PGN: How long have you been going to SisterSpace?

JHA: We came as a vendor in 2015. We had a great time. One of the board members, Joanne McIntyre, approached me and asked about my work with sweat lodges and workshops, so last year I brought my crew and we set up a sweat lodge as well.

PGN: What makes this festival so special?

JHA: The community when you get there. Whenever you go someplace for the first time, you’re always a little nervous because you’re coming into an established festival and you don’t know how you or your product are going to be received. Festivals can be a little cliquish, but at SisterSpace we were welcomed and it felt like a family reunion from the start. On top of that, it’s a really great safe place to explore all different aspects of yourself, from your spirituality to your sexuality.

PGN: Yeah, I’ve been to a few women-only festivals and some of them can be very uptight. SS has always been chill and laidback.

JHA: What makes SisterSpace unique is that everyone is free to do their own thing without judgment. If you want to lay by the pool the whole weekend, that’s totally fine. But if you want to check something out, there’s a good blend of different things to choose from, whether it be silly, spiritual or serious self-care.

PGN: Let’s hear more about you. Tell me about the family.

JHA: I was born and raised in North Carolina. I jokingly call myself a recovering Southern Baptist. I have a good relationship with my mom and dad, but that wasn’t the case when I first came out at 27. I lost contact with them for a couple of years and lost my family, and then went through a crisis in my life and they stepped back in and really helped me. We came to an understanding around who I am and how I stand in the world. And part of that was, “I don’t necessarily believe in things that you believe any longer. I respect it but it doesn’t feed me anymore.” That respect included me embracing the Native American in us, which they never acknowledged before. I was able to teach them a little about spirituality and Red Road. They’re not exactly on board, but they respect it now. It’s opened their eyes to other things in the world outside their small town in North Carolina.

PGN: What is Red Road?

JHA: The Native-American spiritual path is often referred to as the Red Road. Red being a color of sacredness, so if you see a native person and they have an object wrapped in red, it means it’s something sacred to them.

PGN: So regarding your practice, Jamie Holmes-Allen is —

JHA: An intuitive healer. I help people rediscover or reclaim their power within. I do that through ceremony and ritual with such things as shamanic journeys and spiritual guidance. I also teach people to make their own instruments so that they can put their own prayers and energy into what they’re making. But the biggest thing I do is work hard to make people feel heard, respected and loved.

PGN: My only experience with sweat lodges is watching a very sexy episode of “Xena Warrior Princess.”

JHA: [Laughing] I’ve never seen it. I’ll have to check it out. The basic core of a sweat lodge is purification, ceremony. It’s your private time with your creator, no matter what your definition of creator is. It’s an old, old method of praying, generally done in four rounds which travel the medicine wheel. Each direction has a different meaning. For instance, praying to the North would be for new beginnings, transformation and change; South is about joy and laughter and lessons learned; West, we’d be talking about our physical bodies; and North would be for the ancestors and sacredness and completion. The lodges are heated with stones, and I pour water onto them to create steam. Once the steam hits your body, your purification is complete.

PGN: Speaking of sisters, do you have siblings?

JHA: I have a brother and a sister who are 12 and 13 years older than me, so I was raised almost like an only child, but we had foster kids from the time I was in third grade until I left for college. We probably had about 120 kids come through our home. Some of them lived with us for two-three years but most would stay about six weeks and then move on. One year we had 10 infants come through.

PGN: Wow! I guess at least one of your parents was a giving and nurturing person.

JHA: Oh yeah, but actually it was my idea. We lived in the country and I didn’t have any neighbors nearby, so I thought, This would be a great way to have some playmates! So I convinced my folks to become foster parents. I loved it and I’m still in contact with several of the kids who came through us.

PGN: From your Facebook videos, you have a nurturing spirit for animals as well as humans. Tell me about Richard.

JHA: [Laughing] He’s a baby squirrel we rescued. He lives inside with us and our three dogs until we can release him in the spring. He’s a “late-season” baby, and since his mother is not around, he doesn’t know how to hide food or what to do to survive the winter.

PGN: I’m pretty terrified of squirrels, but even I have to admit, the videos of Richard are awfully cute.

JHA: Yeah, and he’s coming into his own little personality too. He’s a hoot.

JHA: My elders have taught me: Work is worship, water is life and ceremony is about talking with god, not about god. Be you! No matter what that looks like.

For those wanting to attend SisterSpace this weekend, walk-in slots are still open with both tenting and cabin options available. Go to www.sisterspace.org. If you can’t make it but want to learn more about Jamie Holmes-Allen’s company, go to www.earthenmoon.com. 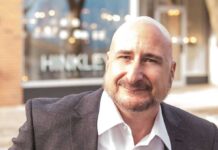 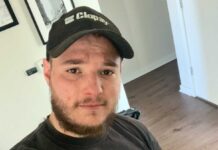 Mike Batoff: When one door closes… 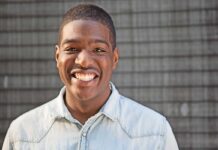 Brennen S. Malone: Hamming it up