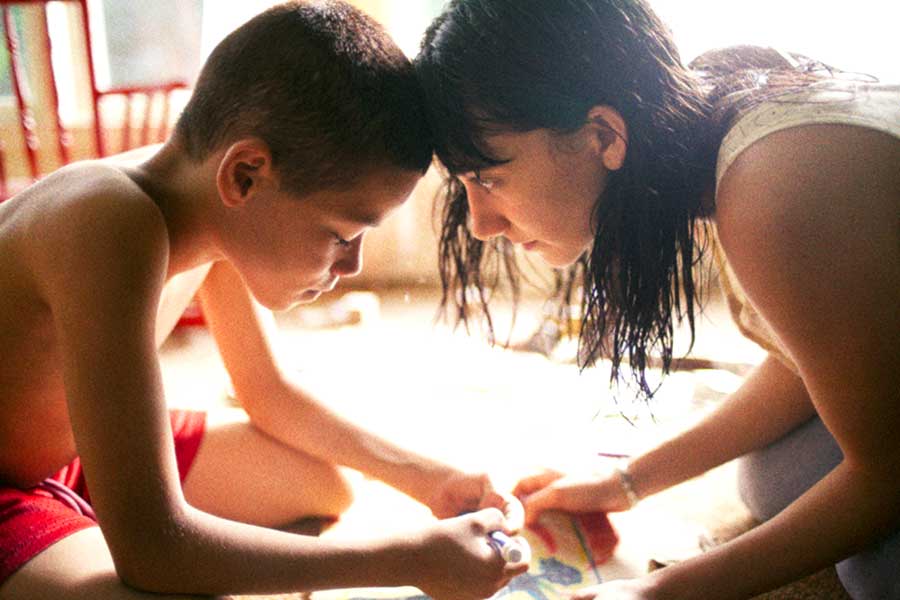 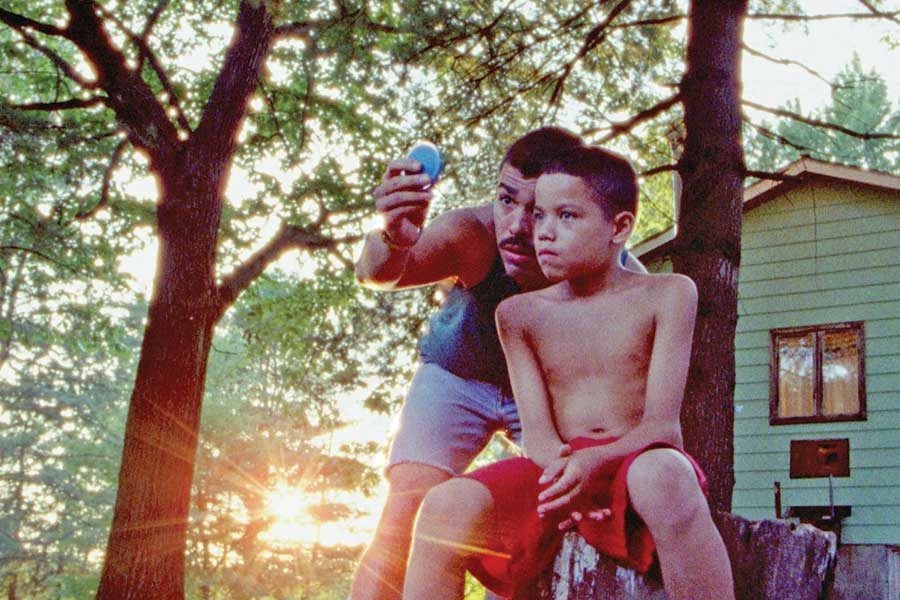 Jeremiah Zagar is artistic Philadelphia royalty. His father, Isaiah, is the active and artist famous for the city’s glass-and-mirror mosaics and for his Magic Gardens on South Street; his mother, Julia, owns the Eye’s Gallery on South Street, where she sells Latin-American folk art.

Their artistic influences certainly sparked creativity in their son. Initially, the 37-year-old filmmaker, who now lives in Brooklyn, dreamed of a career as a video-store clerk, recommending movies to customers. He even worked at the late great TLA Video as a teen. However, he was fired — not for recommending bad movies, but for mixing up mail-order shipments. Zagar was struggling with dyslexia.

It was as a student at Emerson College where he started making films. He completed two shorts before embarking on his feature documentary, “In a Dream,” about his father and family. After directing a series of other documentary projects, Zagar has now made his first feature film, “We the Animals” and boy, it’s a doozy.

Cowritten with gay playwright Daniel Kitrosser, the drama, opening Aug. 24 at the Landmark Ritz Five, is an adaptation of out writer Justin Torres’ celebrated novel about Jonah (Evan Rosado), a young boy growing up with his two brothers, Manny (Isaiah Kristian) and Joel (Josiah Gabriel), and their parents, Paps (Raúl Castillo) and Ma (Sheila Vand).

Jonah is a sensitive child who likes to draw and finds comfort in his tough but loving family; his parents often fight, and they sometimes don’t have enough food to put on the table. Over the course of the film, Jonah slowly comes to realize that he is different from his brothers — especially after a neighbor shows him a gay pornographic video.

The film unfolds, as the book does, in impressionistic vignettes that capture the experiences of childhood. There are even some animated sequences and magical-realist moments that bring Jonah’s imagination to life. Zagar films “We the Animals” in a style that engenders tremendous emotion.

PGN: What can you say about the film’s queer content? It’s subtle, and largely downplayed, but it still packs a wallop. Do you think this is a coming-out film?

JZ: I see it as a queer film for sure. The animation is an attempt to express the sexuality of how a young boy might interpret sexuality for himself. But it does evolve into a queer film. It doesn’t start that way. The book does the same thing. We wanted to do exactly what the book did, but we were unable to age the kid. I thought, We can’t age this kid, because if you age him, the audience wouldn’t relate to him. Then I saw “Moonlight,” and I saw you can do that. But I didn’t want to do that in this film. I think that’s the beauty of Justin’s book. It’s universal, but it ends specifically queer. We wanted to do that.

PGN: “We the Animals” seems both an unusual choice of a novel for you to adapt and also a perfect one. How did you relate to Justin’s book that you wanted to make this film? What were your identification points?

JZ: I think the beauty of the novel is that you can have a childhood like mine and relate to it so viscerally and so emotionally. I don’t think I had exactly the same childhood, but I had a childhood wracked with a family that was very bombastic and incredibly passionate and problematic and deeply flawed, and I don’t think that’s rare. You don’t have to have the exact same family to be incredibly emotionally akin to it. That’s the beauty of filmmaking and storytelling in general.

PGN: What connections did you find between Latinos and Jews?

JZ: I think that Latinos and Jews have a similar sense of touch. Justin [Torres] and I talked about this a lot. There’s a certain touch — the families touch each other. Jews are very demonstrative. They are physical with their love, and they are very loud with their love and there’s a kinship there. Italians also come from that Latin culture.

My mother sells Latin-American folk art. My aunt read the book and said, “I’ve never seen a family like ours in a book.” They are not, but they are. Justin Torres is brilliant in describing what many families experience but are afraid to write down. He has that honesty and clarity and poetry that is easy for people like you and me to relate to.

PGN: This is a story about childhood and innocence lost. What was your childhood like?

JZ: [Laughs] I grew up with a father who was very intense, as you know, and a mom who had a lot of weight on her shoulders because of his intensity, but also because she was raising two children and working all the time. In those ways it’s the same. My childhood was flooded with art, which is different from the child in this book, who is discovering his creativity, and creativity was exploding all around me at all times. I think that’s a big difference to me.

PGN: This is your first fiction film. How did you adapt/adjust your approach as documentarian in telling this story?

JZ: I think the difference is control. In documentary, you are not in control of your character — at least in terms of where that character is, where they will emote and when. In narrative, you are, so that was a great relief for me. I liked the control element of it, and creating and controlling an environment.

PGN: You feature many close-ups in the film, which create emotion. You also animate Jonah’s drawing and create moments of magical realism, as when Jonah floats above the ground. Can you discuss your visual approach to the characters and the narrative? I love the shot of the family riding in the back of a truck with their heads hanging upside-down over the side.

I think of the movie not as an adaptation but as a translation. Dan and I first started by translating the book literally. We would think: That works in the book. The truck scene is inside a car. That’s not very cinematic, and the lighting is really limited. We wanted natural light, so how do you create the same emotional context? You can make it cinematic and make it grand. That’s how we’d approach every scene.

PGN: You talked about natural light. The sun in the film is bright, but it doesn’t provide much warmth. The film is full of tactile moments. There is a palpable sense of messiness, of bare skin, of heat, and water, of hunger and anger. How did you accomplish this?

JZ: Shout out to Kodak and film. It feels tangible because it is tangible. You can feel the grain. That was vital to us. The same ethos with the animation — that you should be able to feel the animation. It’s all hand-done and all photographed — the paper texture moving so you feel the tangibility of the drawing as the paper moves. That ethos translates to how the kids relate to each other, or the way the parents relate to each other. They touch. There is warmth between them.