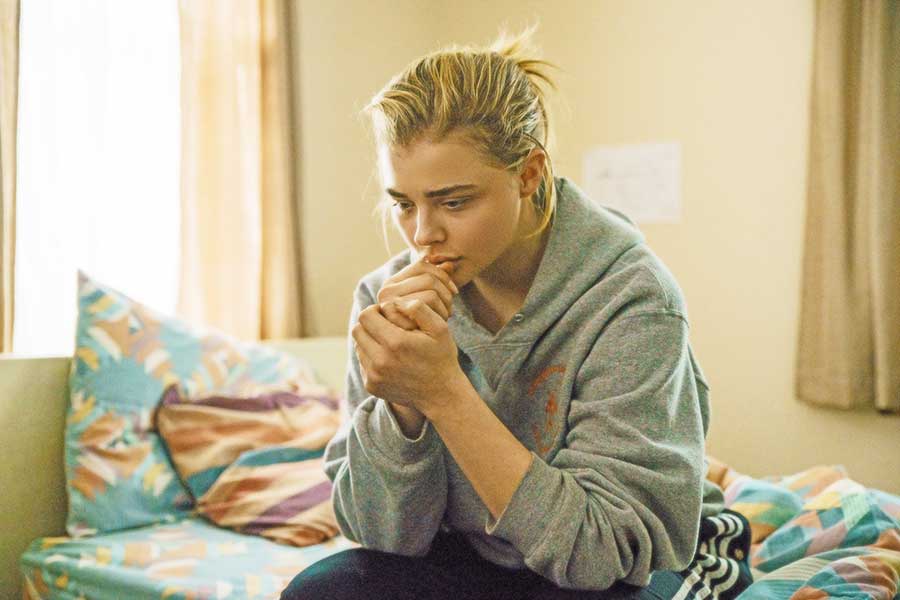 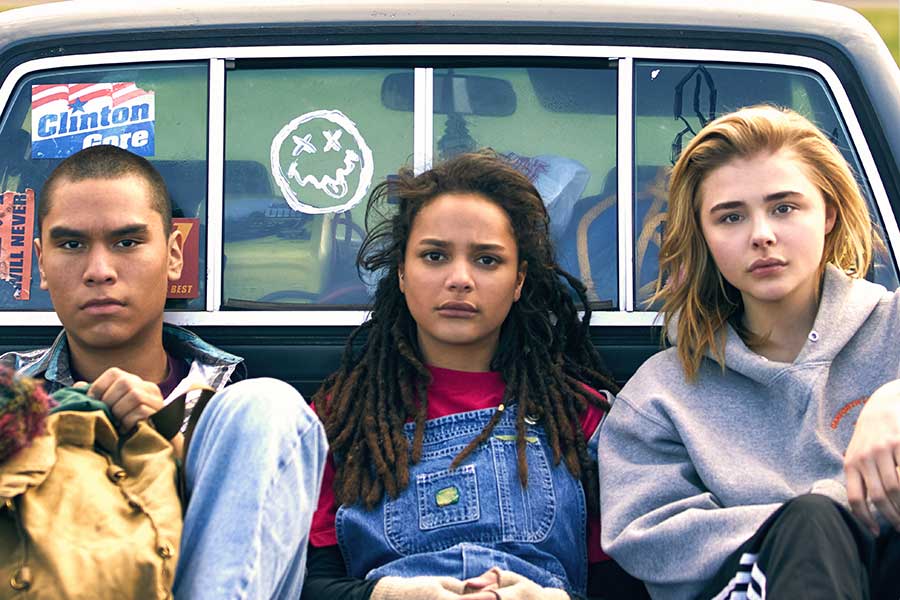 Bisexual filmmaker Desiree Akhavan’s sophomore feature, “The Miseducation of Cameron Post,” is a sensitive adaptation of Emily M. Danforth’s celebrated novel about the title character (Chloë Grace Moretz) being sent to a gay conversion-therapy program called God’s Promise. After Cameron is caught making out with Coley (Quinn Shephard), her best friend from Bible study, her aunt Ruth (Kerry Butler) sends her away to “straighten” her out.

It is at God’s Promise where Cameron meets Reverend Rick (John Gallagher Jr.), an ex-gay instructor, and Dr. Lydia Marsh (Jennifer Ehle), the director of the program. Cameron also meets her roommate, Erin (Emily Skeggs), who hopes to help her down a righteous path, and two other “disciples,” as the administration calls the campers, Jane Fonda (openly gay Sasha Lane) and Adam (Forrest Goodluck), who are disillusioned by the “treatment” and befriend her.

As she assimilates to life at God’s Promise, Cameron reflects more on what the people who run the religious-conversion camp call her “gender confusion.” The film generates its dramatic tension out of Cameron’s efforts to be true to her desires — she fantasizes about kissing Bethany (Marin Ireland), one of her instructors — and survive the camp. That means doing an exercise in which she has to identify all the things that make her “queer” as a way to identify behavior that needs correcting.

The director, who co-wrote the script with Cecilia Frugiuele, wanted to make the film after reading the book. “I loved it,” she said about the novel in a recent phone interview, “I gave it to my girlfriend at the time, and she loved it, and said it would make a fantastic movie. I wrote a fan letter to the author. I thought it would make a great film, but I felt it was something I had to earn. I had not made my first film [2014’s ‘Appropriate Behavior’] yet.”

The screen adaptation focuses on the last 200 pages of the nearly 500-page novel, a decision Akhavan deliberately made.

“I wanted to find the kernel of excitement that made us want to adapt it,” she recalled. “What aspect did we want to translate? It was the tone — the balance of funny and witty and horrifying. So every change [from page to screen] was in service of maintaining that tone.”

The film, like the character of Adam, can sound sarcastic even while being genuine. “The Miseducation of Cameron Post” includes dream sequences, fantasy sequences, painful moments and exhilarating ones, such as Cameron belting out “What’s Up” by 4 Non Blondes in the kitchen of God’s Promise. (The film is set in 1993.)

There is also a very painful episode involving a disciple who experiences frustration and then later acts on it in a violent way. The physical damage resulting from this incident compounds the emotional abuse these teens experience at the camp.

Akhavan deftly captures what life is like for the film’s teenagers. “In an honest portrayal of a teen, the most horrible things can be funny, and funny things can be sad. That’s my view of the world. I wanted to present the facts and have it feel the way high school felt to me — that weird dance of tragedy and comedy, horror and absurdity. The circumstances are so ridiculous, they strike you as funny.”

The title character wrestles with an internal conflict; She understands there is nothing “wrong” with her same-sex desires, but still questions those feelings. The director, who was raised in a traditional Iranian family, said she closely identifies with Cameron.

“I related to her feeling that she has a good sense [of self], and yet she is doubting herself. All signs pointed to her being in the wrong. I wanted to paint this character where you’re on her side, but not sure if she’s going to be protected from this place. Everyone around her is feeding her rhetoric that might seep into her. It makes her doubt everything she believes in.”

“The Miseducation of Cameron Post” benefits from the authenticity of the characters and the dilemmas they face — even the adults, such as Reverend Rick and Dr. Marsh. Akhavan humanizes these characters, presenting the “converted” Rick as someone “living the [ex-gay] lifestyle,” while Lydia is devoted to the youth she counsels. These “villains” are not presented as caricatures, but the film does prompt viewers to consider what motivates the beliefs of “re-educators,” as well as parents who send their LGBT teens to gay-conversion therapy.

Viewers “should feel sympathy for Rick and Lydia — and identify with a perspective you never thought you could,” Akhavan said, adding she wants viewers to draw their own conclusions.

It was not until she started adapting the book that she saw it as “a metaphor for any experience where kids — gay or straight —were told they were diseased. As time passed, while we developed the film, it was weirdly relevant. The election happened, and it was horrifying to me that it was becoming a reality.”