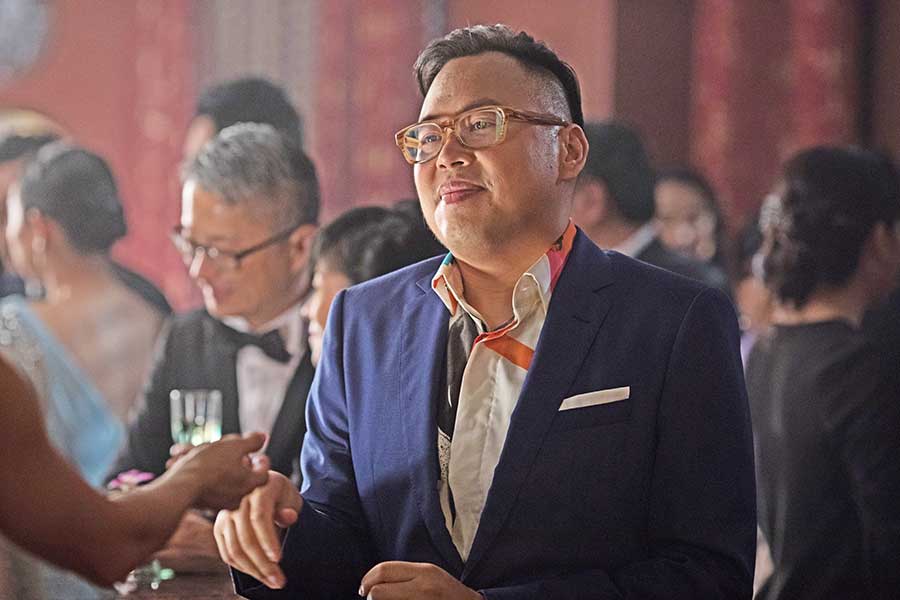 Out Filipino-American actor Nico Santos steals quite a few scenes playing the “rainbow sheep” of a rich and powerful family in new release “Crazy Rich Asians.”

As an outcast in the prestigious brood, he functions as a social fixer for the family when needed while also giving a sympathetic ear to Rachel Wu, the heroine of the film, as she navigates the treacherous and venomous elite world into which she’s suddenly thrust.

We caught up with Santos to talk about the potentially groundbreaking film and what it means for Asian representation in Hollywood.

PGN: Do you think a movie like this will create more opportunities for Asian actors and help put a stop to Hollywood white-washing casts for settings and stories about Asians?

NS: The wonderful thing about our film is everybody is Asian. It levels out the playing field. We were able to portray really complex, well-rounded characters. We can portray Asians as a people who experience a wide range of things; wanting success, wanting love, acting as villains, as heroes — and we’re not just the sidekicks or a punch line. Nobody is doing kung fu or fleeing a village in this movie. We’re just portraying real three-dimensional characters. I hope it will open the floodgates for us to be able to tell more stories like that.

PGN: This movie looked like it was a blast to make. Was that the case?

NS: It was so much fun. It was like being paid to go on vacation. I was in Singapore and Malaysia for six weeks. All the cast members really clicked when we got there. We were hanging out during our downtime. I felt like I was hanging out with all my cool cousins who I haven’t seen in a while. We ate dim sum every day and sang karaoke every night. It felt like a paid vacation.

PGN: Do you feel like there was enough LGBTQ representation in this film?

PGN: During the auditions for this film, was it comforting to know that a lot of your peers in the Asian acting community were probably going to make it into the film?

NS: In L.A., all my Asian actor friends were like, “Have you read for this yet?” The thing about being a person of color and queer in Hollywood is that they want you to believe that there is only room for one of you. We shattered that myth.

PGN: One thought that stuck out in our minds watching the film was: God, I’d hate to be someone who is planning a wedding while watching this film because they are going to instantly hate their ceremony after seeing this.

NS: Absolutely. I’m sure we’re going to give a lot of brides out there a complex. It is a fun movie and this great escapist fantasy that is a peek into these people’s lives. When I was preparing for this movie, I was scratching my head about how I was going to relate to these characters. I drew on my experience of working in high-end retail. These were the clients that I helped. I always wondered, Who are these people spending $10,000 on a handbag? They’re Crazy Rich Asians. These were the people I was helping.