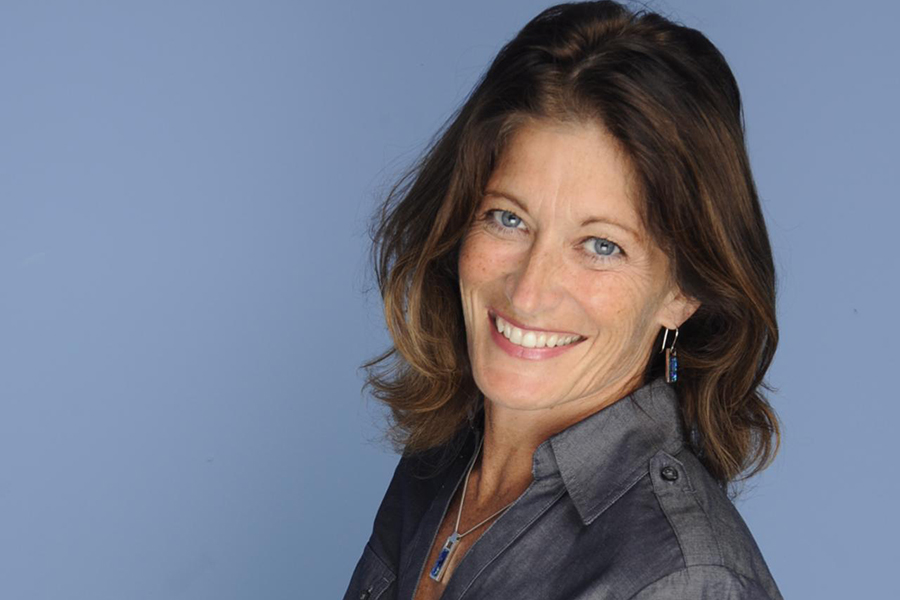 Comedy has taken Jennie McNulty all over the world, whether it’s been performing for soldiers in Afghanistan and Europe or appearing in commercials and shows for Logo TV, NBC or the TLC networks. Between acting and live gigs, she also hosts the “Walking Funny” podcast and is a feature writer and contributor for Lesbian.com.
We caught up with McNulty while she was performing on an Olivia Cruise to talk about her travels, her work outside comedy and what people can expect when she performs Aug. 11 at The Rrazz Room in New Hope.

PGN: What are some of your favorite places to perform?
JM: Why New Hope, of course! I spent six full seasons working nightly in Provincetown, so New Hope feels like a second home for me, and I love being there. This Riverboat gig with Olivia and any of those resort and cruise places are amazing. The military gigs in Iraq and Afghanistan were the most rewarding I’ve ever done. There’s always something cool about everywhere — except Ohio. Never Ohio. It’s full of Buckeyes! I’m kidding — but as a University of Michigan grad, I’m contractually obligated to say that.

PGN: Do you think standup comedy has become more splintered as a scene, where performers only cater to people most like them, and do you think that is a good thing for the art form?
JM: Well, I think the splintering of the country is what’s really bad. Hopefully, comics will remain true to themselves and continue to speak their own truths. They will just, unfortunately, not get booked in certain areas — or not get a good reception. I think most comics just write what they know; the good ones anyway. But laughter is so important and our particular art form has been a release for people for centuries. We just toured Lyon, France, on the Olivia trip and they have a famous puppet called Guignol who was part of a children’s puppet show. Like a lot of kids’ comedy, it also served as a message to the adults of the past and allowed them to laugh at the people in power without, you know, getting beheaded.

PGN: Do you think openly LGBT comedians have it easier in terms of finding an audience and success than they did 10 or 20 years ago?
JM: Absolutely. First of all, society in general is more accepting. And now there are not only more outlets and venues with the Internet and “gay nights” at comedy clubs, it’s also more accepted in the mainstream clubs — maybe not everywhere, but in the bigger cities anyway. Back when I started, you couldn’t just send someone a link to your work. You had to hire someone to chisel hieroglyphics in stone of your jokes and deliver them by an ox-pulled wagon.

PGN: How has performing in other countries influenced your worldview?
JM: I know where a lot more places are. I am not exactly a geographical whiz. But now I have first-hand examples of things I had already thought to be true. I see how long our country’s history isn’t. I see how much better we have it here. Which, again, I knew intellectually but to see it first-hand can be enlightening. Some people in some places work so very, very hard for so little, and some of us here seem to lack the work ethic we once had. We worked really hard to create and innovate and make our lives easy — and now we take the easy for granted. It’s like once we earned our “We’re No. 1” foam finger, we forgot we had to work to keep it. I have been saying since the election how I just cannot understand the hypocrisy of the GOP and their supporters. How they can claim to be the keepers of “family values” and … I don’t even need to finish that sentence for your readers.

PGN: Do you think the social climate in the United States in 2018 is making things more difficult and hostile towards comedians and performers who have jokes that are political in nature?
JM: Yes and no. If you’re a gay comic bashing the idiot-in-chief, you might get applause breaks from a gay crowd. But, even in gay crowds, some people are so tired of it, so over the constant negativity, they come to the show to get away from that. I know, for me, never before have I watched more CNN than ESPN in my life. So, yes, I have more “political humor” than I used to, but still, not that much — mainly because it’s so negative. Even if you’re getting a laugh about it, you’re getting a laugh about a negative subject. I’ve never liked mean-spirited comedy. I like to point out the absurdities in our own behaviors, but in a playful way. But, for those comics who are primarily political, it’s probably harder because we are so divided right now — viciously so. A joke that in the past may have gotten an eye roll or a minimally raised hackle from someone of the opposing view now can start a fight. A lot of people just can’t take a joke anymore.

PGN: Do you have any projects coming up that fans should be on the lookout for?
JM: Yes! Please come find me on Facebook and walk with me. My show, “Walking Funny,” is live on Facebook on Tuesdays and Thursdays at 6 p.m. Eastern. So, clean the clothes and junk off your treadmills and walk with me and whoever it is I’m interviewing. It’s just enjoying a nice chat with a friend. And, if you do like exercise, get your steps with me.