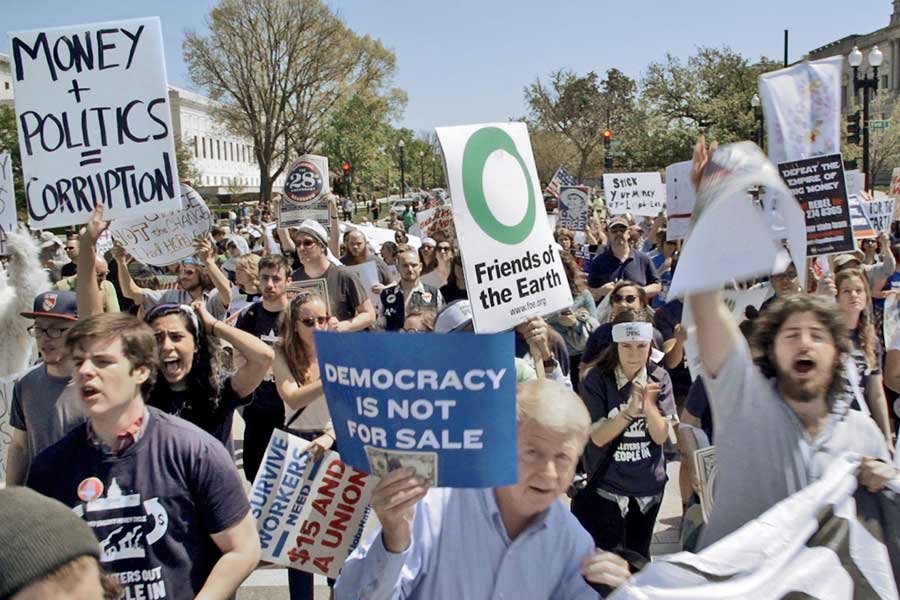 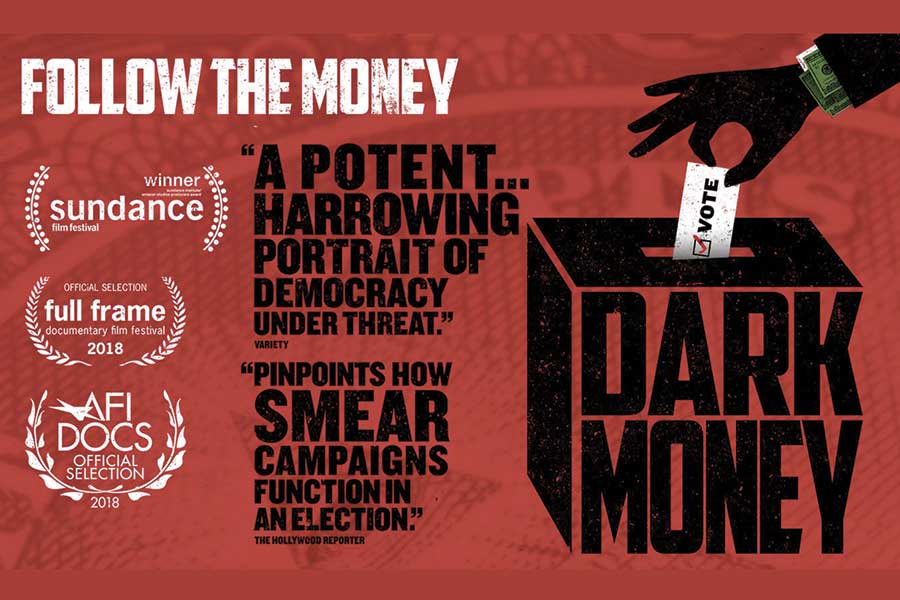 Transgender filmmaker Kimberly Reed wrote, produced and directed — and even did the cinematography for — the gripping documentary “Dark Money,” opening July 20 at the Ritz at the Bourse. The film explores the timely subject of campaign-finance reform — or, as the film’s title suggests, those undisclosed corporate contributions that, by influencing elections, “buy” votes and change laws to achieve a specific agenda.

Reed illustrates how dark money (often from corporations) is used to control politics and, by extension, resources and public policy.

It is a chilling cautionary tale about a “curtain of secrecy” that is playing out across the country. This film, which will produce righteous outrage, is essential viewing. Moreover, “Dark Money” is never didactic; it is full of narrative twists and turns, and features characters such as investigative journalist John S. Adams, who are real folk heroes fighting for democratic values. 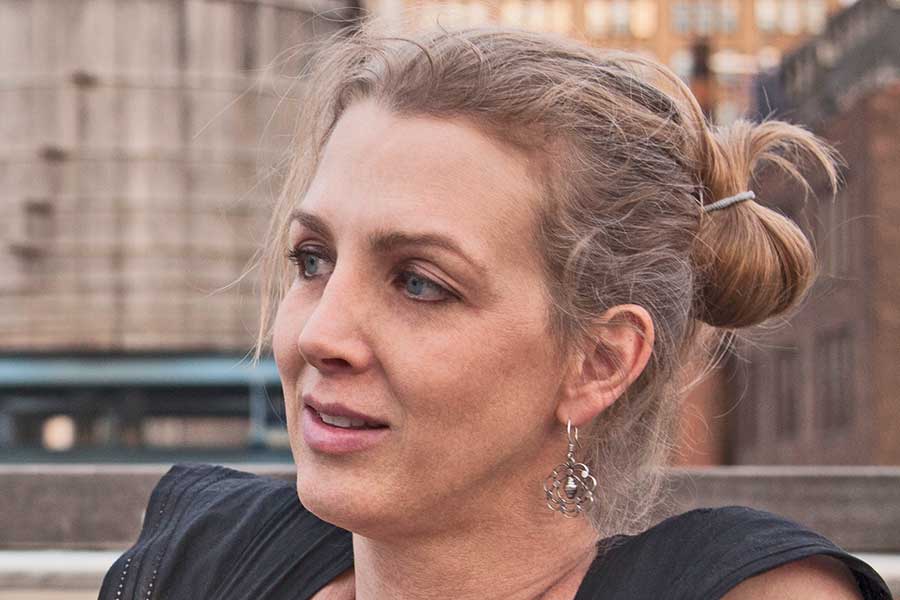 In a recent phone interview, Reed explained why she went from making her highly personal doc, “Prodigal Sons,” about her trans life and her relationship with her family, to “Dark Money,” which focuses on the political as well as the personal.

“I think that the difference between ‘Prodigal Sons’ and ‘Dark Money’ has less to do with LGBT content than it has to do with autobiographical vs. non-autobiographical content. To be honest, I talked about myself enough; I wanted to talk about stuff besides me.”

Her new documentary tackles issues of importance to LGBT folks, she explained. “You can’t sort out any LGBT or political issue unless you sort out the money. ‘Dark Money’ is a case study of Montana, and people spending dark money because they don’t want to put their names on spending that is going to elect candidates who are promising to shut down antidiscrimination ordinances. So, at its core, it really is about civil rights and LGBT issues. You can’t sort out politics until you figure out the influences, and you can’t do that until you know where the money is coming from.”

Reed, along with her cowriter-editor Jay Arthur Sterrenberg, does an excellent job following the money and making all the information clear — from PACs and 501(c)(4s) — and not overwhelming. She acknowledged this was one of the biggest challenges in making the film. “Clarifying things was the most difficult part. We had an elaborate outline where we tracked the introduction and the different campaign-finance terms. We had an evolution of campaign-finance knowledge — to not dumb it down too much, but to give viewers what they needed to understand the drama and then let the drama take over.”

And there is plenty of juicy drama in “Dark Money.” The story unfolds like a thriller with some surprises that were particularly exciting for Reed.

“The film is really structured in part around the accidental disclosure of documents. Some of those disclosures are wild and shocking and amazing and gob-smacking and you can’t believe you’re seeing what you’re seeing. But that’s what makes Montana a really good case study. You get a glimpse behind the curtain and that enables us to tell the story as a thriller.”

Because she comes from Big Sky Country, Reed had access to Sen. Jon Tester, Gov. Steve Bullock (whom she knew from high school) as well as local reporter Adams, who was on the same investigative trail as Reed.

“I not only knew who to talk to, but how to talk to them. Other people could try to parachute in, but wouldn’t have the access I did. I had local access and a sensitivity to the people whose stories I was telling. I grew up in Montana, and although I live in New York now, I know that if I were the New York filmmaker with attitude and privilege wanting to tell their story, I would have had a different response.”

Reed allowed her subjects to recount their opinions, observations and experiences in a way that is engaging on screen and generates sympathy — as when Adams has a setback while on the verge of covering an important news lead.

Another strength of the film is that it is nonpartisan. “‘Dark Money’ is told with mostly Republicans on the far right attacking Republicans closer to the middle,” said Reed. “The idea that this could absolve the film from accusations of partisanship and this internecine battle in the Republican Party was attractive.”

The filmmaker started working on her documentary back in 2012, before the era of Trump and the current highly polarized political climate.

“It was very apparent that there was a lot of bipartisan support for campaign-finance reform. Ever since Citizens United [the Supreme Court decision about corporate spending] was decided, a huge swath of people did not agree with it and said we need to fix how we finance our campaigns. It was also obvious that political independents and nonvoters are not engaged because they think the system is screwed up and money corrupts.”

“Dark Money” allows viewers to think critically on the issue. But it may just confirm their belief that transparency is of utmost importance when it comes to campaign financing. The film’s deep understanding — and balanced presentation of both sides of the issue help make Reed’s arguments more effective, even if they uphold her existing beliefs.

The filmmaker said that changing campaign-finance reform actually can foment political change. “The most important component of that is getting people engaged in our democracy. If you don’t have a seat at the table, you’re on the menu. A lot of people are worried about money and politics, but when the election happens, it drops to the bottom of the issues they hold their elected officials accountable for.”

The reason that women, people of color and other marginalized minorities are excluded from the political process all goes back to the money, Reed said.

“If rich white dudes fund rich white dudes, then your government is full of rich white dudes. When you implement alternative campaign-financing options — like public financing, especially with matching funds — women, people of color and LGBT folks can run for office, and the established political parties break down,” she added. “Democracy is opened up to a much wider range of people.”