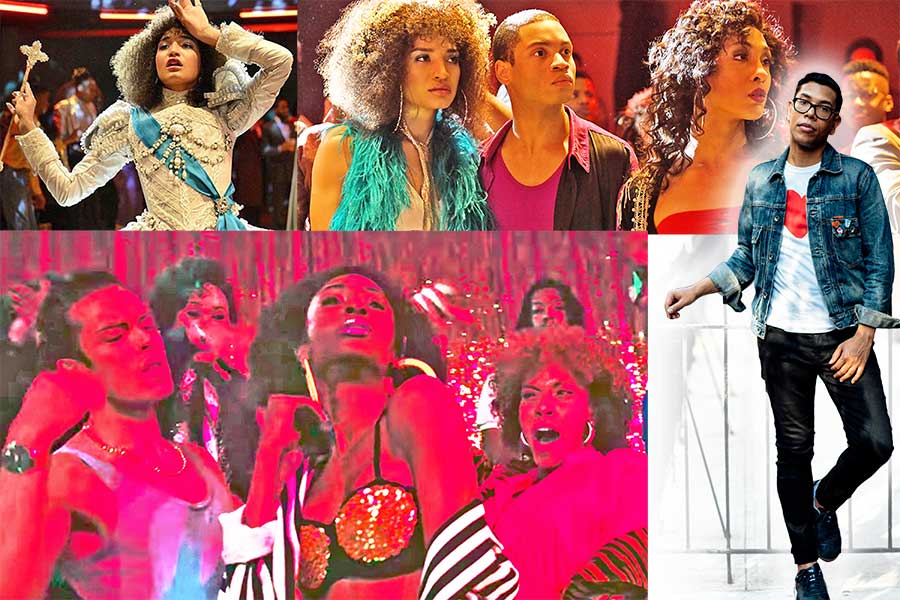 FX dance-musical series “Pose” is heating up the airwaves and making history by exploring the clashing social scenes of the ballroom culture and affluent high society in 1980s Manhattan. Besides merging high drama, high fashion and high times, the show features the largest cast of transgender actors in starring roles, as well as the largest recurring cast of LGBTQ characters ever for a scripted series.

As a young, queer kid in the Bronx in the 1980s, Canals said, “I never saw myself reflected in film and television. More representation matters. I know that if I had seen myself, my own experience would have been normalized — I definitely would have spent a lot fewer years battling internalized homophobia.”

In the minds of the writers, the political climate of the 1980s is just as relevant today.

“We recognized that there are parallels to the experience that marginalized communities were having in the 1980s under Ronald Reagan that are very similar to what is happening today.”

Television and film tend to depict stories about marginalized communities and individuals in ways that sanitize their stories at best, and whitewash or straight-wash the narratives in more egregious cases. Canals said there was no way he was going to allow that to happen with “Pose.”

“Our modern gay audience has very discerning tastes and I think that they are looking for an authentic story,” he said. “And how can we tell a story about the ballroom community and trans people of color and not have them as part of the storytelling process? It was essential and important that we had authentic casting, that we have trans women of color play trans women of color. It was important for us to have consultants from the ballroom community be part of the writing process and the production. It makes for a more authentic story.”

Another aspect of the show that Canals felt important to get just right was the look, the sounds and the feel of the era, which he said involved a lot of study and exploration behind the scenes.

“We spent a lot of time researching beyond just the fashion,” he said. “We researched the music and the culture of the time. What exactly was happening in New York in the late 1980s. We spent time scouring documentaries and journals and old newspapers and film and television so that there was a real texture to the show. That comes through in every part of the production, but certainly fashion.”

Even though “Pose” focuses on a particular part of the LGBTQ experience during a specific time in history, Canals said those who are unfamiliar with that scene and that era can still take away an understanding.

“It would be easy to put ‘Pose’ in a box,” he said. “‘Oh, that’s the trans show. That’s the queer show. That’s the dance musical.’ Thematically, ‘Pose’ is about family at its core. It’s a story about resilience — a universal theme is something that any audience member of any identity can connect with. We’re obviously dealing with the colors and vibrancy of the ballroom community, but any audience member coming in will recognize they are getting so much more than that.”

“Pose” isn’t all parties and runway walks, as the show deals with the darker parts of the era as well. Still, Canals said that for him and the cast, the show is something of a dream he never thought would come true.

“I grew up a poor brown kid in the Bronx,” he said. “I never dared to allow myself to dream of this life, to have the opportunity to tell stories and to have a collaborator like Ryan Murphy and FX. Truth be told, despite the fact that we are capturing a certain time in New York history and we don’t shy away from the HIV and the crack epidemic of the 1980s and how it affected black and brown people, the show is still filled with aspiration and hope and all of us bring that to work every single day.”

Canals said he hopes the show’s acclaim and positive reactions will keep the doors open for queer and trans actors and stories.

“I know that progress is slow. I hope the critical response to ‘Pose’ will be eye-opening for Hollywood. They’ll see that the queer and trans and intersectional communities are not monolithic. There’s a diversity of experience in every community and there are more stories to be told. With a show like ours, we can tell a multitude of narratives, which is lovely.”