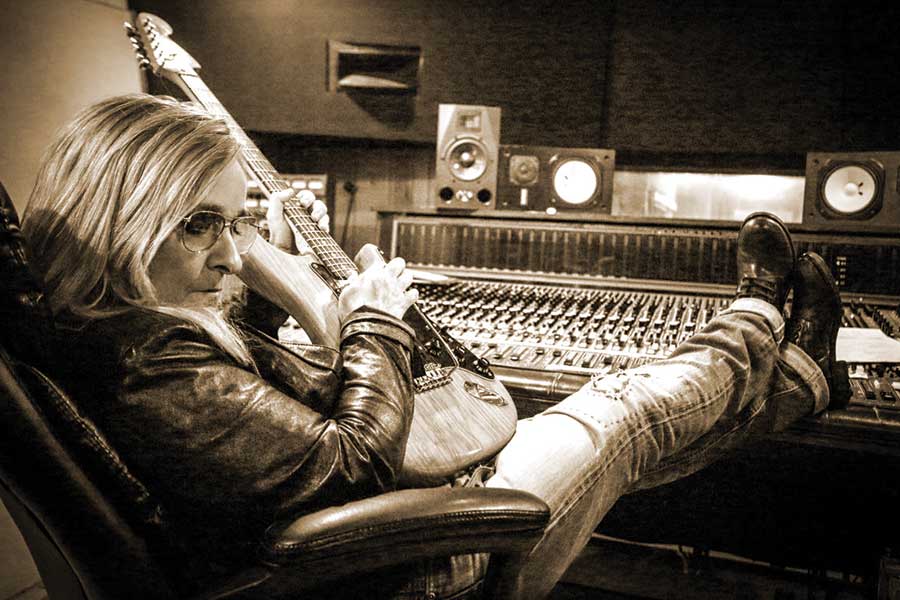 Melissa Etheridge is set to rock her way through the summer when she hits the road in support of her latest release, “Memphis Rock and Soul,” an album featuring covers of classic songs by legendary and pioneering artists such as Otis Redding, Albert King and Sam and Dave.

Even though Etheridge is a highly regarded musician and performer in her own right, she acknowledged that covering an album’s worth of classic songs is an intimidating prospect and a ballsy move for any artist.

“Oh yeah. It’s like, OK, let’s take the most revered heart of rock ’n’ roll and soul music and try to make it my own,” she said. “That’s why the song choice was the thing I spent the most time on. That’s why I didn’t do ‘(Sittin’ On) The Dock of the Bay.’ I wanted to find songs that I really felt close to and passionate about so I could put that into the songs.”

At a time when most music is synthesized and created digitally, Etheridge said there is something special about digging into and exploring songs and recordings that were created organically with live instruments and flesh-and-blood musicians.

“I learned so much by immersing myself in the Memphis scene and meeting the people who made the music back in the 1960s.” “By understanding where the music came from then, I understand the music more today.”

Memphis’ deep roots in rock ’n’ roll, blues and country music, as well as its reputation for live music, have been attracting the latest generation of aspiring musicians (who actually play instruments) to hone their craft.

“Memphis loves its music and supports its music,” Etheridge said. “Nashville too. Tennessee in general is great. It’s the place where you can have a guitar and actually eat that night.”

Summer is usually when artists team up with like-minded performers of similar stature for a package tour. Although Etheridge is opting for her own shows this time, she said she enjoys sharing the stage with other artists.

“Sheryl Crow and I toured down in Australia in April. I do love doing that. On my cruise I toured with Sarah McLachlan. So I think you’re going to see more of that in the future. We had a great time doing it.”

This year also marks the 30th anniversary of Etheridge’s self-titled debut album. Could the Melissa from 1988 have envisioned everything that happened in her career and what her world would be like in 2018?

“Oh no,” she said. “In 1988, all I wanted was to be rich and famous and have a house in the Hollywood Hills. That was the extent of the dream. I didn’t know much else. My life is so much richer and fuller.”

Etheridge said she strives to experiment with her style and sound, including reaching back to her country roots.

“Country music was the first band I played in when I was 13, playing in the bars with chicken wire and stuff,” she recalled. “I always have my heart and soul in that music. Genre-jumping is one of my favorites.”

Etheridge’s roots in country and classic-rock are usually associated with blue-collar Americans. In an age where politics, art and music clash on issues of expression and ideals, do her fans take issue with her as an out and proud performer?

“In the ’90s, I had a few albums out and I had a certain following,” she said. “Then I came out. I’m sure that some people backed away from the music. I’m sure others went, ‘I don’t care what she is. I’m going to listen to this.’ When I look out into my audience, I see men and women of all ages and backgrounds who come to listen to the music. Yes, there is a large gay following and it’s a safe place to gather if you are LGBTQ or whatever you want to be. Everyone has their own idea of their reality and what they need to do in it, so I hold the music apart from the politics.”