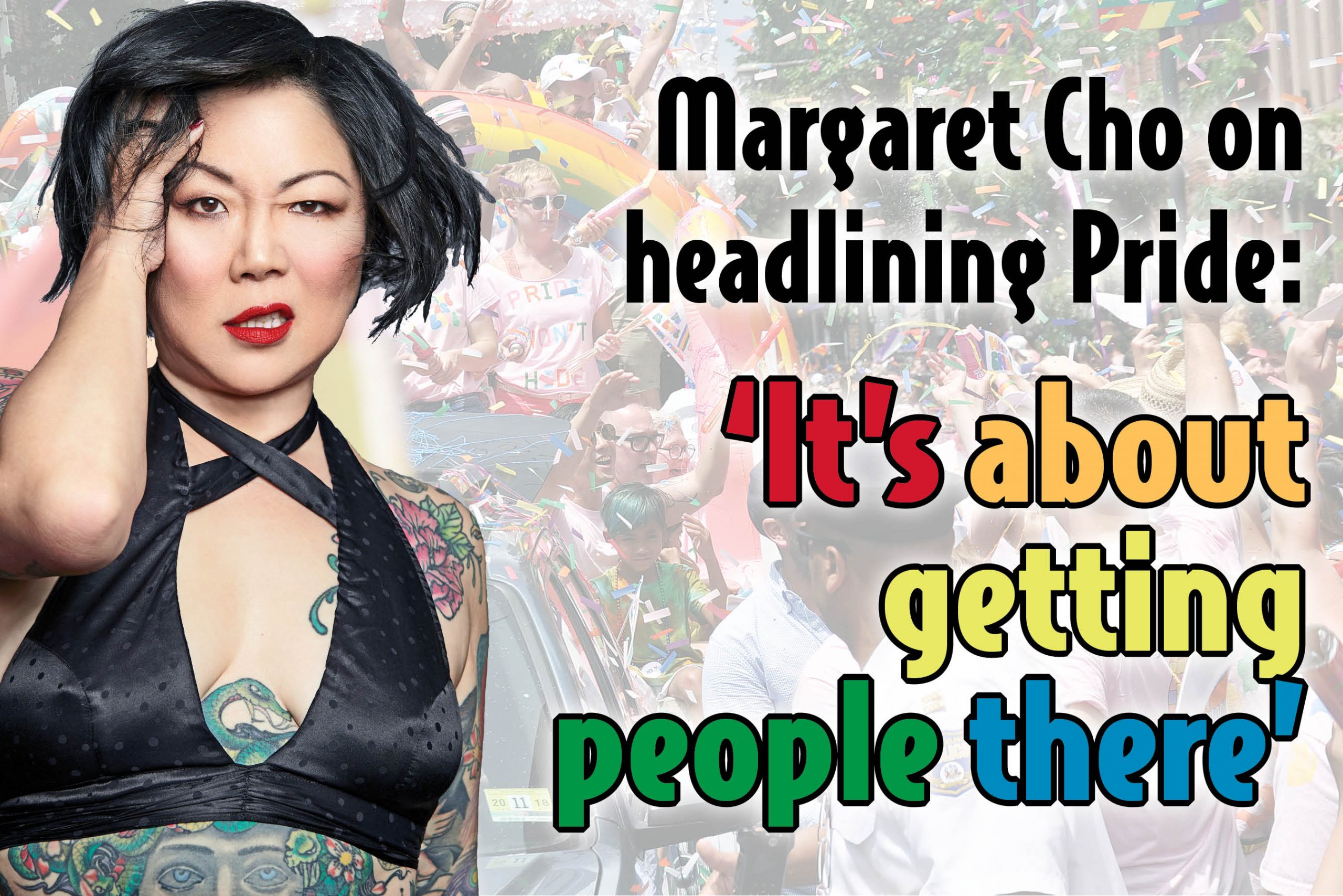 Out comedian, actor and activist Margaret Cho is bringing her “Fresh Off The Bloat” tour to Philadelphia once again as she headlines this year’s Philly Pride.

If you aren’t familiar with the art of standup comedy, you should know that the ideal conditions for a performance are indoors, in a dimly lit and climate-controlled setting at night. Pride festivals are the exact opposite: outdoors, in the summer heat and daylight, with tons of activity and distractions on and around the stage.

Outdoor events might be an unnatural habitat for standup comedians, but Cho has years of experience performing at Pride and music festivals.

“What’s cool is I’m so used to doing gay Prides outside,” Cho said. “Last year in L.A., I did the Resist March, which was the original spirit of gay Pride but it was a big political march. I love it. I think it’s really special and different from what I normally do.”

When Cho was announced as this year’s Pride headliner, Philly’s LGBT community rejoiced because, in recent years, the local event has had more than its fair share of celebrity headliners from outside the community. Cho said she knows how important it is to have LGBT performers featured on the Pride stage, but added that star power is important too.

“It’s really about getting people there and getting people into the spirit of Pride and what Pride is,” she said. “I think it’s great when they have LGBT performers but there are also people who are allies and should be welcomed too.”

These are strange times in which to be a comedian. Some performers are remaining neutral in terms of political humor, while others, including Roseanne Barr, are veering to the right and making their political views part of their careers.

“It’s such a weird thing,” Cho said. “I’m actually good friends with Roseanne and just don’t even talk about anything political because I can’t say anything. She has these very different views about the trans community. It’s a strange time where you never really know what people are about.”

Cho added that she watched the latest, and seemingly final, incarnation of “Roseanne” and was fascinated by how it had changed.

“It’s evolved to where it’s at now. But society is different now. At that time in the ’90s, it was the only working-class liberal voice. It was so different. Now it’s still working-class but it has taken on this different perspective that people want to see. I don’t know. It’s a very strange phenomenon, but I think all views should be welcome even though I don’t share them.”

Cho also has opinions about the recent spate of sex scandals involving comedians such as Bill Cosby and Louis C.K. She said she’s glad that performers who use their fame to victimize people are starting to experience the consequences of their actions.

“I’m also a sexual-abuse survivor, so I think the way that they are finally being held accountable is a real triumph,” she said. “It’s amazing, especially with Bill Cosby, the fact that these people finally have their day in court. There are so many people responsible for covering it up. Should you punish everybody? I don’t know.”

Cho intentionally tours a lot, so we asked her what her fans from other countries think about what is going on politically and socially in America right now.

“I think people are incredibly disgusted and it’s pretty embarrassing,” she said. “But they’re excited about the spirit of #MeToo and #TimesUp and they’re all having their own respective revolutions there in each country. For that, they admire the United States. It’s an incredible embarrassment that Trump is our president, but we’re also making incredible strides in feminism and equality.” n