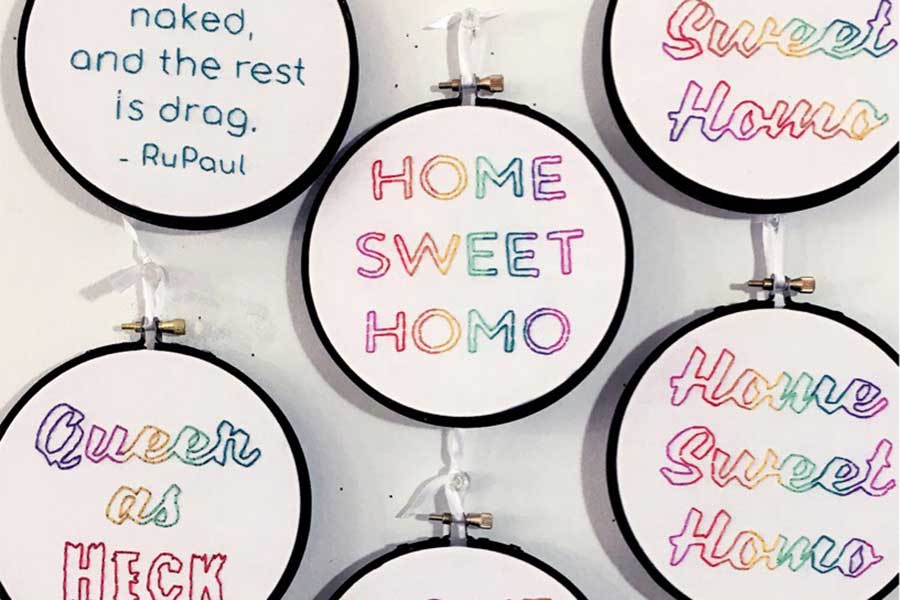 Philly Queer Bazaar on Saturday, June 2, is a free event organized for the second time by Kisha Robinson, a queer person of color, and an artisan herself. Robinson runs Bomani Apparel, a handmade clothing company, also on the vendor’s list for Saturday’s bazaar.

Robinson decided to organize Philly Queer Bazaar after vending at an event and feeling “completely uncomfortable as a gender non-conforming person.”

“I started to look into what might be out there for LGBTQ folks and I didn’t find much, especially anything that was affordable,” said Robinson. “So I started the Philly Queer Bazaar with the goal of showcasing local queer businesses.”

Following the buzz of the first bazaar last year, the event space filled quickly with 13 queer artists on this year’s roster, with products that push beyond the craft-fair usuals, such as candles and soap.

Craig Richie of Shell Home Made will be there to share his love of the occult, selling homemade bitters and tinctures — concoctions made with medicinal and flavorful intent and as many local herbs as he can muster.

Richie credits mixed interests in bartending and the Divine Feminine — a fascination first embodied by Mighty Morphin’ Power Ranger archenemy Rita Repulsa — as the inspiration for his tinctures. He said he first started brewing to mind his budget.

“This shop down in Baltimore makes something called Fire Cider, an old farm medicine that is pretty much just apple cider vinegar aged with a bunch of good herbs,” said Richie. “I would have some when I was sick (or hung over) and it worked wonders. It was a bit pricey, though, so I decided to make my own.”

At Tattooed Mom, Richie will sell, among other tinctures, Snake Oil; a blend of ginger, habanero, orange and turmeric that’s “good for all that ails ya — with tequila, curry, or straight up.”

Sophie Strachan, who has vended at Tattooed Mom through Jerk Productions and Fused Underground since 2016, will be back Saturday selling a series of embroidery pieces made especially to celebrate LGBTQ Pride.

The embroidery rounds are done up in rainbow gradient on a flat white background and spell out catchy, quirky monikers such as “Home Sweet Homo.”

Strachan is also finishing a six-foot-tall drawing for the June 9th Pride Celebration at the Please Touch Museum. The drawing features LGBTQ people and places from Philadelphia’s LGBTQ History. Familiar faces will include Barbara Gittings, Anita Cornwell and Billie Holiday, whom visitors will be invited to color in during the event.

Tee Goerlach will use the bazaar to debut prints from a project entitled “Bridge City,” a planned series of oil paintings to focus on Kensington’s drug epidemic, which impacted Goerlach’s life.

“I am a person in recovery, an artist and a person who lived under one of the bridges in Kensington,” said Goerlach. “I would like to show the beauty in the perceived darkness of what have been called ‘encampments.’”

Goerlach said he will donate $5 per print sold to Angels in Motion, the addiction-outreach nonprofit he credits with saving his life.