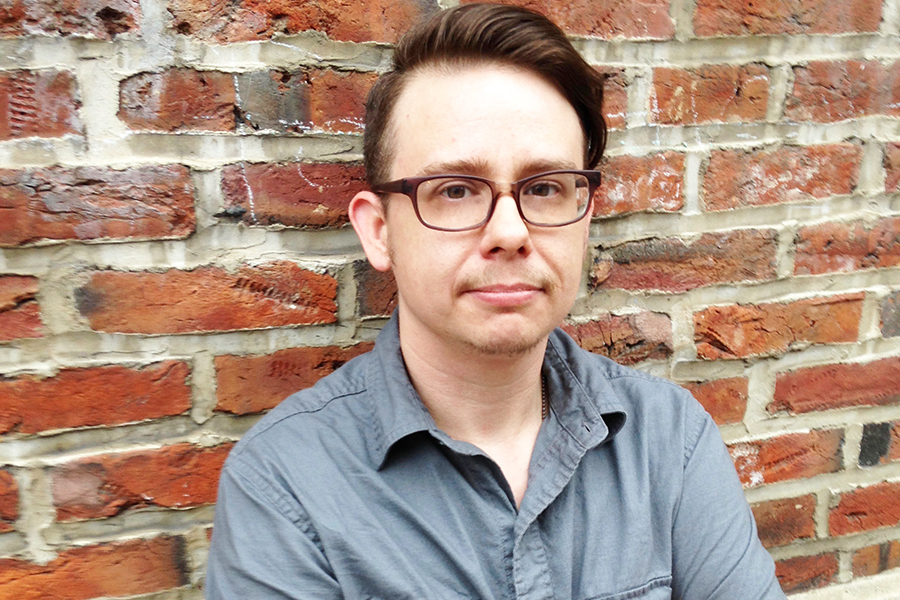 Get your flags ironed and your beads polished, as Pride month is almost upon us. This year, Philly Pride is celebrating its 30th anniversary at Penn’s Landing.

More than 100 groups are participating, with Margaret Cho headlining the event. The calendar is packed, with awards, music, dance, vendors, food and much more.

One of the team helping put it all together behind the scenes is Nick Greiner, a Philly Pride board member and activist.

PGN: Were you presenting as male when younger?

NG: Female. This was in the ’80s, so I didn’t have a choice. “Trans man” wasn’t even a part of the vocabulary yet, especially not for me. I went to Catholic school, so I had to wear a skirt everyday. Hated it.

PGN: I didn’t go to Catholic school but I didn’t like wearing skirts or dresses either. I can still count on one hand the times I was forced to wear a dress: my grandparents’ 50th anniversary, the Devon Horse Show and a neighbor’s Christmas party.

NG: I was in the Campfire Girls, which was the counterpart to the Boy Scouts, which merged into Campfire Boys & Girls. Everyone got to do all the activities, so I got to wear pants and play in the dirt. I built fires, I got into whittling, all sorts of things that were discouraged for girls. I looked forward to it all year; in fact, it was the only thing I looked forward to a lot of time. It got me through the year. I was later offered a position on staff, but by then I had moved to California and joined the Coast Guard.

NG: Yes, I was stationed on a couple of ships out there. I had a girlfriend and was identifying as lesbian. I was very butch, so I thought it made sense and it was what everyone presumed. In fact, when I came out to my mom, her reaction was, “We’re been waiting for you to finally tell us” and I responded, “Huh? I just figured it out myself!” Her second statement was, “So does this mean you can dress like a girl now?” I was like, “What do you mean?
I’m the butch part of the couple.”

PGN: And you were in the service at that time?

NG: Yes, I was a quartermaster and navigated ships. I loved it. I got to go more places and see more things than most people do in their whole careers: Japan, Alaska, Panama. It was during the time of “Don’t Ask, Don’t Tell” and I saw several female friends get kicked out for being gay. It was right before things clicked for me in terms of finding identity, and it really messed me up for a while. To me the Coast Guard was not fair. We had all these rules, and some of them were ridiculous. It was the first taste of things not being fair. So on one hand, it felt great to come out to myself, but then I couldn’t tell anyone for fear of losing my job. It was not a joke — they were kicking people out for it. It was a stressful time.

PGN: When you joined the military back then, I understand that they would ask you right out, “Are you a homosexual?”

NG: They used to, but Clinton stopped that. I joined right at the start of DADT but I know friends who were asked. Technically I wouldn’t have lied, because I didn’t know myself. When I later left the Coast Guard, it was on a medical discharge. I was bummed because I loved it but on the other hand, it was getting hard to have an honest life.

PGN: Were you afraid of being outed as lesbian or trans?

NG: Lesbian! I was late to the trans party. I feel kind of stupid, but I was never exposed to it. I never even met a trans man until a couple of years ago. And after deciding to transition, I needed time to make peace with it. I was proud of being a dyke. I’d been one for 19 years, and it was a huge part of my identity that I’d be losing. I never wanted to be anything else, but I was almost 40 and I still felt disconnected from my body. In that respect, it’s been fantastic, but I do feel a little adrift sometimes; trying to figure where I fit in the community. People have been completely welcoming, it’s just now that I’m a man and I like women, “straight” is a culture and I didn’t grow up connecting with that. I’m so used to being on the outside that when people perceive me as heteronormative, it’s weird. It’s one of the reasons I always identify as a trans man. I still love a lesbian with a guitar.

PGN: You grew up in Philly: Tell me a little about the fam.

NG: I grew up in Northeast Philly. My parents divorced when I was 10. My dad lived in Center City, which was awesome because it got us out of the NE bubble. My sister and I got to visit three weekends a month. Back to my sister, she teaches down in Virginia. When she was pregnant with her second child, her little one was talking to her belly and said, “We don’t know you yet, it could be a boy, it could be a girl and it could be transgender. We just don’t know yet!” How awesome are they? She’s been supportive of both me and my dad as we transitioned.

PGN: You came out originally as lesbian. Did your dad come out as gay first?

NG: No, in the ’90’s she came out to me as a cross-dresser, which was the terminology we had at the time. It was something from her past, but we bonded over talking about it. She remarried and my stepmother was really good for her. She passed away a few years ago and that’s when Sibil truly came out. So we still have a straight man and a lesbian in the family, we just switched roles!

NG: That would be me. My stepmother was very supportive. She realized that she liked me even better once I started transitioning. I was a better kid to them. At that point, she was supportive of my dad, Sibil, as well, but there were limitations. Nothing bad, just navigating new dynamics in a previously established relationship. One time Sibil asked me, “Have you heard about this Michigan Women’s Festival?” It made the community seem harsh, not allowing trans women, but I was able to explain how many people have been boycotting it in solidarity, which made her feel better. After my stepmother passed, I think Sibil felt the freedom to be herself completely.

NG: The transitioning for me was life-altering. Sibil realized that, and paid for my top surgery, which was an incredible gift. I’ve been working hand-to-mouth, and it would have taken me 10 years to save. I know she gets how important it was, but every day it’s a weight off my chest, to make a bad pun. I thank her for the small things that make a difference. I’m getting into fashion for the first time because I can wear suspenders and ties and they lay down properly. Little things.

PGN: What other things do you like to do?

NG: I have a group I co-facilitate with my friend Matty called “Coffee Talk.” We meet on the first and third Wednesdays each month at the William Way LGBT Community Center. I also write and I’m a bit of a true-crime addict, so I listen to a lot of podcasts.

PGN: Random queries: What’s the most money you’ve ever found on the ground?

NG: A hundred dollars. Blowing down the street. But another time I found $5 when I really needed it, and at that point in my life, it was worth more than the $100 was to me at a different time.

NG: That’s a tough one. I used to do spoken word. I’m still heavily influenced by the Beats, so I’ll go with Allen Ginsberg.

PGN: What was your favorite or most harrowing moment in the Coast Guard?

NG: I was on the Bark Eagle, a square-rig sailing ship. It’s the only sailing vessel in any of the military branches. I was training to navigate ships, and my class and a bunch of other newbies had to bring it across the Atlantic. We hit a hurricane as we were coming through Bermuda, not far from the Triangle. I was clinging to the mast gathering the sail, which was whipping back at me with the wind and rain pounding me from all sides. And it was amazing! It was so much fun; a real adrenaline rush.

PGN: You work at Spruce Street Video. How has it survived and what was a wacky moment there?

NG: We have a large clientele of people who like to rent DVDs. Sometimes they’re older and aren’t computer savvy, or just prefer to come select their films here. We have a large collection of gay porn as well as mainstream films. The wackiest moment would probably be with the guy who came in after drinking around the corner. He was hitting on me really hard. He wasn’t an ass about it, but didn’t seem to pick up on any hints even though they were both verbal and explicit that I wasn’t interested. Finally I explained that I was trans and probably not able to do some of the things he had suggested. That didn’t slow him down much. He finally asked if he could give me cash to look the other way so he could have sex in the store with someone else. I had to again tell him no.

PGN: What is your role with Pride?

NG: I’m on the board, but the day of, I’ll be in the trenches doing grunt work and putting out fires. There’s always something that goes wrong — but if we can keep it to a small fire, I’m happy. This should be a great year. n 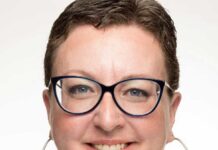 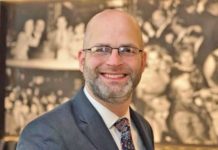 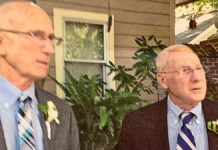