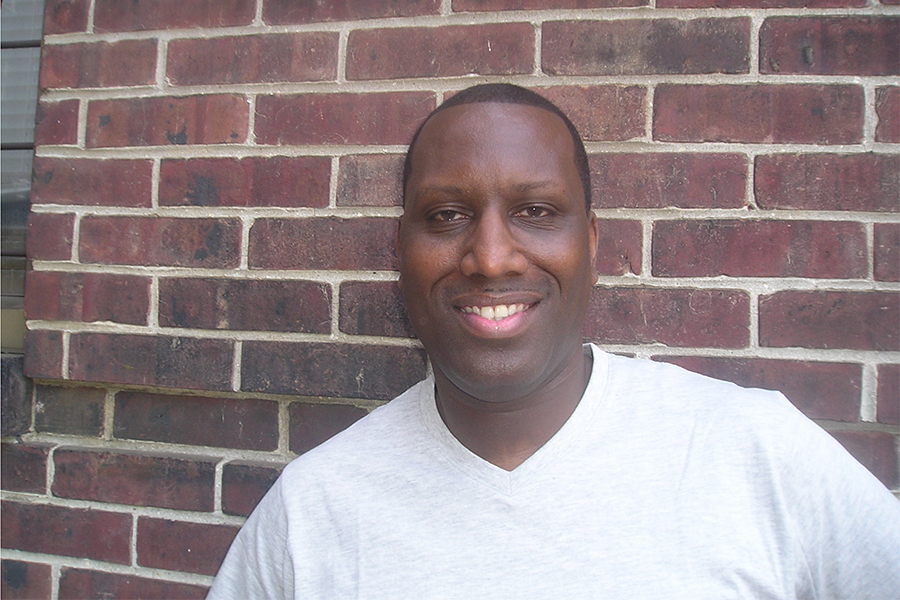 Asa Khalif, a local activist with a reputation as a lightning rod who uses tactics of disruptive behavior and in-your-face confrontations, might just be mellowing … at least when it comes to the case of Nizah Morris.

Thirty years after attending his first protest against trans violence, Khalif, who has been arrested multiple times for alleged offenses such as disorderly conduct, use of obscene language and defiant trespass, says he’s now willing to cooperate with local authorities to get answers in the Nizah Morris homicide.

Morris was a trans woman of color found with a fatal head wound in Center City in 2002 shortly after a “courtesy ride” from Philadelphia police. After her death, local authorities declined to release comprehensive information about the circumstances of her case, insisting they wanted to protect the “integrity” of the investigation.

Morris’ friends and supporters, including Khalif, demanded answers. In the weeks after Morris died in 2002, Khalif participated in a Center City protest that attracted hundreds of participants, then held a press conference at the William Way LGBT Center demanding a thorough investigation of the homicide.

But still, the police refused to disclose details about their investigation.

Khalif said he knew Morris, who regularly attended LGBT Pride events and performed drag on a weekly basis at Bob and Barbara’s Lounge on South Street.

“I met Nizah as a young activist and we immediately hit it off,” Khalif recalled. “She was always warm, always looking out for other people. Nizah had a great personality. So it was very difficult not to be friends with her.”

The community respected Nizah, Khalif said. “I think that’s why this case resonates so much with people.”

In 2008, the city Law Department publicly admitted the police department’s entire Morris homicide file had been missing since 2003. That news raised questions about prior assurances of a proper investigation. The Police Advisory Commission promptly reopened its Morris investigation, and in April  2013 called for state and federal probes.

In December 2014, Khalif led a spirited protest outside the Philadelphia District Attorney’s Office, urging the release of all records relating to the Morris case. But scores of investigative files remain off-limits to the public.

Now, at 47, Khalif is the same age as Morris was when she died. To raise awareness about the case, Khalif is producing a documentary entitled “Who Murdered Nizah Morris?” It’s expected to debut in December, marking the 16th anniversary of her death.

“We need transparency in the Morris case,” said Khalif. “That’s what we’ve been asking for these past 15 years. It’s time to find out what happened to Nizah and to hold accountable those who are responsible for her death. There’s no way police would have treated a white person like they treated Nizah.”

“We have a police force in Philadelphia that’s not being held accountable. The police have a license to kill and a system that protects them if they do.” The activist expressed hope that Philadelphia District Attorney Larry Krasner “will help bring about justice for Nizah,” adding that he had supported Krasner’s candidacy.

Morris isn’t the only Philadelphia trans woman of color whose homicide remains unsolved. The killers of trans women Kyra Cordova, Stacey Blahnik and Kiesha Jenkins also remain at large. Khalif said he intends to push for thorough investigations of their homicides too.

“I’m going to monitor those cases and demand answers, transparency and justice — the same things we’re demanding for Nizah Morris. They were all trans women of color, they didn’t have white skin, some were low-income, and their homicides didn’t receive the attention they deserved.”

As for his own sexual orientation, Khalif said he prefers not to label himself or publicly discuss his personal life.

“First and foremost, I’m a spiritual person. If I had to label myself, that’s the label I would choose. But I don’t want to be put in a box and labeled. I’m bigger than that. We all are.”

Khalif said he realizes his critics oppose his brash tactics. “I’m here to fill a need in the community as much as I can. I’m not on an ego trip. I don’t care about titles. I’m not looking for fame. If someone doesn’t like my style, they’re welcome to organize in their own way.”

He described himself as a “shy, well-mannered person,” but said he won’t ignore injustice when it’s brought to his attention. As a real-estate agent who lives in Old City, he’s grateful to have sufficient income to organize racial-justice protests on a volunteer basis.

“I’m a lover of life. That’s why I fight so hard,” he explained. “I believe people should have peace and love in their lives. Fortunately I have those things in mine.”

Khalif said he has been arrested too many times to enumerate. His most recent arrest occurred in November during a rowdy event at the state Attorney General’s Office in Center City. When he was apprehended, Khalif said, he was seeking a dialogue with state officials about their ongoing probe of a Philadelphia police officer who fatally shot an unarmed African-American, David Jones.

As a result of that arrest, Khalif recently entered a pre-trial intervention program for nonviolent offenders, which will allow his criminal record for that specific arrest to be expunged upon completion.

He emphasized that he’s not an anti-police “radical.”

His focus is on uniting people, he said. “White allies have always been welcome.”

Khalif recently was lambasted as a publicity seeker after he took center-stage during a protest at the Starbucks, where two African-American men were arrested while waiting for a business associate. A photo of Khalif shouting into a bullhorn inside Starbucks went viral while other protesters received scant attention.

Rather than rail against his critics, Khalif said he prefers to take a conciliatory approach. “I don’t say I’m perfect. I’m a work in progress. I can take any type of criticism if it’s coming from a place of love, not hate. But you can’t allow anyone to silence your voice.”

As for the Starbucks incident, Khalif said: “It’s just one of many examples of systemic racism that black and brown people deal with on a daily basis in Philadelphia. The police officers who arrested the two gentlemen should have been fired.”

He said he looks forward to another 30 years of community activism and is optimistic about the younger generation’s potential to create a better world.

“I have a lot of faith in the younger generation. They have a vision for justice. And they’re not afraid to use the tools they’ve been given to fight injustice. I’m putting my faith in them. I don’t think they’ll let me down.”