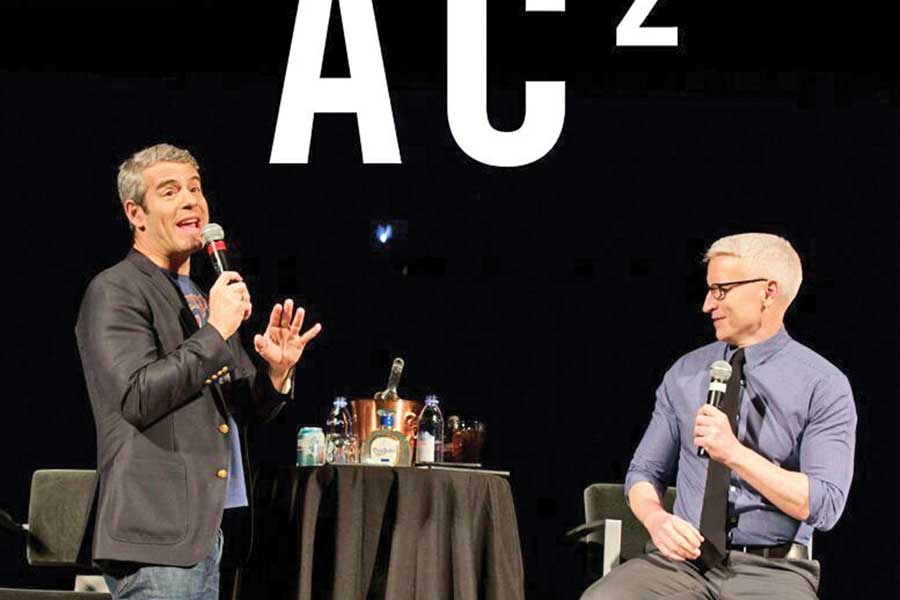 What happens when two out television icons meet up on stage?

You can find out May 5, when Anderson Cooper and Andy Cohen take part in  “An Intimate Evening” at the Borgata in Atlantic City.

Then again, both network veterans are used to television; both hard news and raw gossip. The pair cohosted CNN’s most recent live New Year’s Eve affair when Cooper’s usual on-air collaborator, Kathy Griffin, was sidelined by the controversy of dissing Trump with a bloody stump of a head.

As pals on stage and off, Cohen said “An Intimate Evening” resulted from friendship and circumstance.

PGN: Not to kiss your ass, but you are a titan of the entertainment industry, and proudly out at that. Now, we are an assumedly and presumably advanced society for the most part, but that doesn’t stop the stupidest among us. Do you ever experience at this point in your career any prejudice to you for your sexual preference?

AC: If I do, I don’t take it on, you know? I’m fortunate enough to be at a place in my career where I don’t have to take anyone else’s — uh — feelings on. But, sure, in small ways I do.

PGN: When was the last time you felt as if someone was throwing shade at you, in business or on a personal level? Or that it truly irked you?

AC: Gosh. I believe that there are some interviewers who only barely can get their head around the fact that I’m a gay man and that that’s my thing. God, the last time that it irked me … No, I can’t actually remember.

PGN: Are there particular LGBTQ-related issues that most shock you, still, in their non-resolution?

AC: I think that anywhere that it is still legal to discriminate against a gay person for any reason, whether it is employment or housing, is baffling to me.

PGN: You and Cooper have been touring this “Intimate Evening” for a minute. What are you guys marveling at in private at present?

AC: Today, we are talking about the fact that [Cooper] has gotten me into pilates.

PGN: Glad to see there’s such substance between you two.

AC: Well, we were talking about Cosby yesterday. It changes every day.

PGN: So, what is the thought process between the two of you in bringing
what might be a private conversation between friends onto the stage? What is the curatorial focus?

AC: I do have a sense of what Anderson’s been up to in his work. For instance, I got on stage with him several weeks ago, and told him that I wanted to know all about his meeting with Stormy Daniels and all these other Trump women he’s been interviewing. We did a thing in Chicago a couple of months ago where he knew that I had been shooting a lot of Bravo stuff in a row. If there’s anything interesting to be mined from our respective jobs — or something funny in our personal lives that no one knows about — we mine it. We like to keep each other surprised on stage.

PGN: Has the dynamic between you changed on stage since the tour began?

AC: Not really. I believe it will always be like running into the two of us at a bar.

PGN: Before you head to Atlantic City, you’re stopping off in Philadelphia for an event with former First Lady Michelle Obama. What’s your take on her?

AC: She was a wonderful role model, a great First Lady and someone who continues many of the initiatives that she started when she was in the White House. How cool is that? She doesn’t have to still be doing this.

PGN: Philadelphia has the dubious distinction of being the home of your noted worst guest: Amber Rose. What did she get wrong?

AC: She just didn’t want to answer any of my shady questions. I actually liked her and have interviewed her since. She just wasn’t up for it. And if you’re not
up for shade, we’re not going to get anywhere. 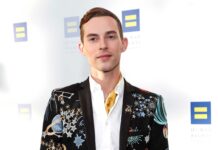