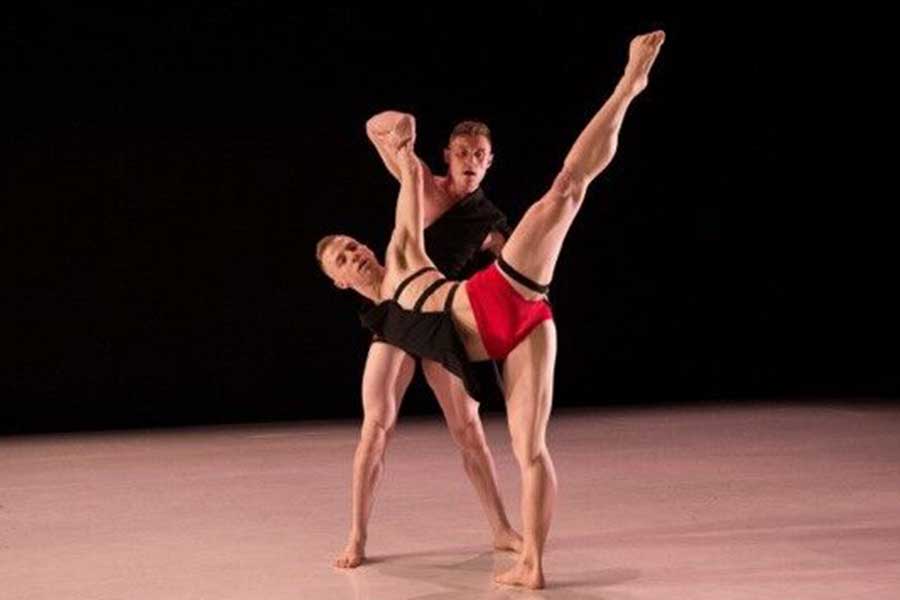 One of the highlights of Philadelphia’s performance season is when the Koresh Dance Co., presents new work. “Inner Sun” premiered April 26 for a four-day run at Suzanne Roberts Theatre on Broad Street.

The work consisted of two separate but related sections entitled “Inner Sun” and “Matters of the Heart,” which company founder and leader Ronen Koresh characterizes as “two sides of the same thematic coin.” Both sections are, in turn, comprised of several shorter vignettes illustrating different aspects of the inner spiritual and emotional lives of people with various connections.

Ronen Koresh is a remarkably versatile choreographer equally comfortable utilizing the language both of modern dance and classical ballet. He specializes in emphatic, dramatic choreography set to intense original scores. With these new pieces, he harkened back to his childhood roots in Middle-Eastern folk dancing, when he received his first dance instruction from his mother, a folk dancer in the Yemeni tradition.

Koresh held true to form musically, though, by collaborating with local composer John Levis. The result was a pulse-pounding score filled with exotic Arabic chords and compelling rhythms that drenched the imagination with dramas of sand dunes and nomads. The dancers were almost always in perfect sync with the music, moving with powerful energy and complexity. The result had the feel, at times, of a primal tribal celebration that had the audience clapping along with the music or whooping aloud in excitement — a rare occurrence for a Philadelphia dance audience, which is usually much more restrained.

The dramatic energy was most evident in those pieces featuring the full ensemble, such as the evening’s final section, entitled “Sun Sugar.” With the men clad only in long flowing skirts and the women in loose jumpsuits, the company members leapt about the stage in powerful and complex patterns as our hearts followed each dancer into the air.

The highlight of the evening was not one but two same-sex romantic duets, one featuring Krista Montrone and Vanessa Guinto, the other featuring Joe Cotier and a returning Micah Geyer. It’s not often one sees even a single same-sex duet in a MainStage dance performance, much less two. Even beyond the novelty, audience members saw expressive choreography that portrayed relationships full of challenge and difficulty, playfulness, devotion and love — equal to anyone’s experience in matters of the human heart.

“No matter who we are, where we live or our belief system, all of us have a heart that beats in our bodies and a human spirit that drives our journeys,” Koresh said. Along with composer John Levis and enhanced by the dramatic lighting of Peter Jakubowski, Koresh carried us on that journey, and showed how the light of the inner sun that is the human spirit can illuminate joy.