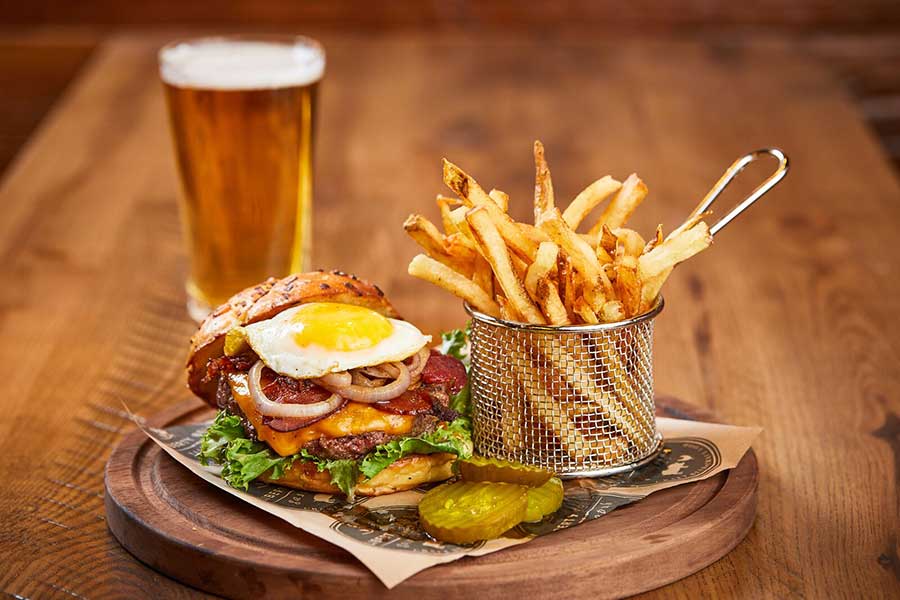 Parx Casino in Bensalem has stepped up its dining and entertainment game in the last few months with a new live-music venue and upscale restaurants to lure people to the bright lights and games of chance.

Among the dining additions is Liberty Bell Gastropub, 2999 Street Road, a culinary oasis in which to sit down and enjoy relatively fine dining away from the controlled sensory chaos of the casino floor.

The menu is split between traditional pub comfort dishes and more inspired and visually creative selections. While we were tempted to play it safe with surefire dishes like the smoke-house burger ($15), the bangers and mash ($15) or the chicken pot pie ($16), the more exotic-sounding items were calling out. So we put all of our bets on the seafood side of the menu and it paid off.

The seafood chowder ($10) was a great way to shake off the windy chill of an unseasonably cold spring. It was seasoned perfectly, hearty and heaping with scallops, mussels and salmon. Warm, toasted flatbread took the place of oyster crackers to round out the dish.

Another hot and inviting dish was the clay-pot Spanish shrimp ($13), a bright and complex assemblage of flavors and textures that complemented the perfectly done shrimp. Smoked bacon offered a nice balance to the assertive notes of garlic and roasted tomatoes, and thick portions of grilled focaccia were the perfect vessel to soak up the rich broth.

After two dishes that served as culinary warm blankets, it was time to switch things up with the relatively cool and herbaceous seared ginger-marinated tuna steak ($21). Ordered rare and with a lot of pink showing, the lightly grilled tuna was sliced perfectly and rested on a bed of refreshingly cool and potent green-tea noodle salad, cilantro and ginger, bolstered by the crunch of shredded cucumber. The result was a light but effective dish that excited all the senses.

Bensalem may lack the big-city lights of Atlantic City or Philadelphia, but a willingness to double down on entertainment and fine dining at Liberty Bell Gastropub keeps Parx in the regional casino scene.