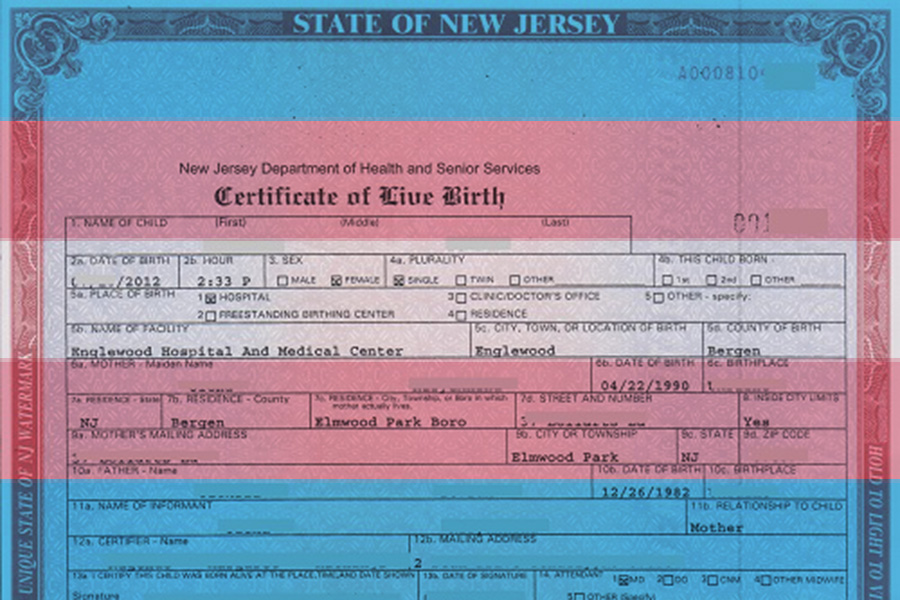 Proposed legislation that would allow trans people born in New Jersey to obtain an amended birth certificate consistent with their gender identity is expected to pass the state Assembly next month.

“I support it and will get it on the agenda for a committee vote in May,” John Burzichelli, chair of the New Jersey Assembly’s Appropriations Committee, told PGN on April 5. “I don’t see any reason why it won’t pass the Assembly, considering we have a Democratic majority. We’ll get 41 votes in the Assembly, if not more, and then it goes to the governor for his signature.”

Senate Bill 478 passed the Democratic-controlled New Jersey body on Feb. 26 by a vote of 30-7.  It was then forwarded to the New Jersey Assembly for consideration.

On March 12, in a 4-0 vote, the New Jersey Assembly’s Human Services Committee approved the bill, and it was referred to the Appropriations Committee, where it remains pending.

Burzichelli, a Democrat, said he’s a strong supporter of the bill. His district covers Salem County and parts of Cumberland and Gloucester counties in South Jersey.

The legislator said he has a close family member who’s transgender. “Genitalia do not define a person,” Burzichelli said. “This bill will help people gain some comfort, knowing their [birth] records accurately reflect who they are. The world needs people to be happier. This will help.”
Burzichelli didn’t specify an exact date in May when the bill would come up for an appropriations-committee vote. The committee has been busy working on an upcoming budget for the state, the legislator added.

If signed into law by Gov. Phil Murphy, a Democrat, the bill would end a current requirement that trans people born in New Jersey must undergo gender-confirmation surgery prior to obtaining a birth certificate consistent with their gender identity.

Instead, a trans person requesting a gender-accurate birth certificate would submit a form provided by the state registrar stating: “[U]nder penalty of perjury, the request for a change in gender — to female, male, or undesignated/non-binary — is made for the purpose of conforming with that person’s gender identity and is not for any fraudulent purpose.”

No corroborating documentation from a health-care provider would be required. The revised birth certificate will list a trans person’s gender, not their sex, according to the proposed legislation.

In 2014 and 2015, then-Gov. Chris Christie, a Republican, vetoed a similar bill, citing concerns over fraud. Supporters of the bill weren’t able to garner sufficient votes in the New Jersey legislature to override Christie’s vetoes.

During his campaign for governor, Murphy pledged support for trans people obtaining gender-accurate birth certificates. His campaign literature, which is posted online, states: “Specifically, Phil will allow transgender people to select their gender on birth and death certificates and ensure that access to facilities is non-discriminatory.”

A spokesperson for Murphy issued a statement April 5, reading in part: “Gov. Murphy is committed to fighting for the equal treatment of all New Jersey’s residents, regardless of sex, race, gender identity, or country of origin. Our current political climate makes supporting our state’s LGBTQ residents all the more important. The governor looks forward to working with the legislature to make sure that no New Jersey resident is impacted by discriminatory practices.”
Valerie V. Huttle, a Democrat Assembly member representing parts of Bergen County in North Jersey, told PGN she expects SB 478 to be enacted into law within the next few months.

“A similar bill has passed our legislature twice in the past,” Huttle said. “The only obstacle was [Christie]. We’re in a better position with our new governor. I’m confident this bill will have the necessary votes to pass the Assembly and will be duly signed into law by Gov. Murphy.” 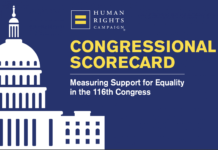 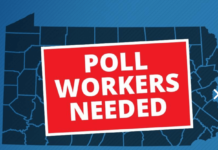