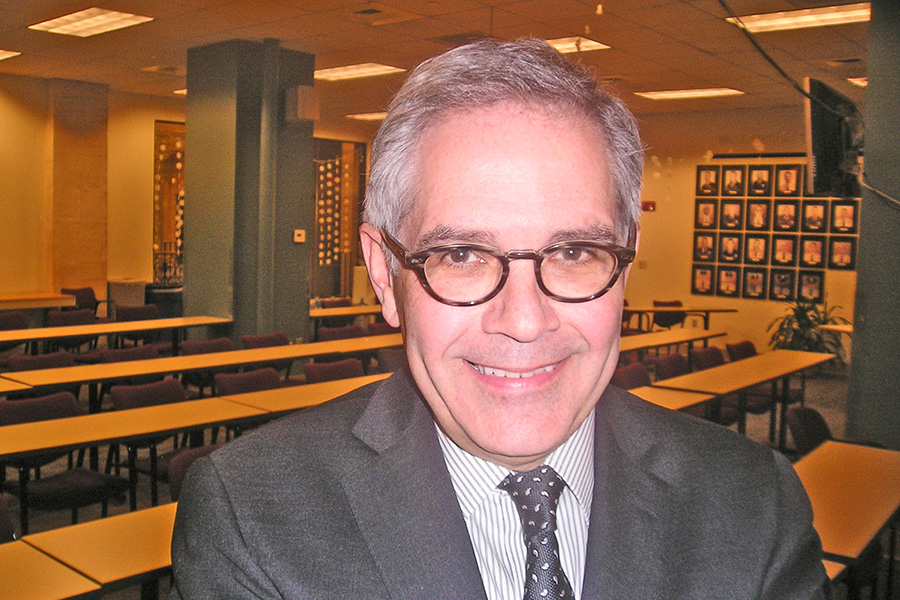 A new crime-victims advisory committee under formation by the Philadelphia District Attorney’s Office will have LGBT representation, D.A. Larry Krasner said during a recent press conference.

“We would invite LGBTQ presence on this committee,” Krasner said during an April 6 press conference at the D.A.’s Office. “We certainly have an [LGBTQ] presence in our office, and we invite people from all communities to participate.”

During the press conference, Krasner explained the purpose of the committee.

“What we need is a system where there is … more access to information every step of the way, where the communications are clear and concise,” he said.

Movita Johnson-Harrell, supervisor of the D.A.’s victims-services unit, said the committee will be composed of victims of crimes, their relatives, crime witnesses and professional advocates for crime victims.

“We want to rebuild a connection between prosecution [staff] and victims and witnesses,” Krasner said.

Krasner said the 15-member committee has been in the planning stages for about three months.

“There’s no deadline to apply but we welcome people to apply as soon as possible,” he said.
After the press conference, Krasner told PGN he’ll ensure LGBT representation on the committee, even if he has to appoint someone from his staff.

The D.A.’s office doesn’t have an officially designated LGBT liaison at this time, but it has numerous LGBT staffers, several of whom hold key positions, he said.
Krasner recently hired about 50 new employees, about 10 percent of whom he estimated are LGBT.

Johnson-Harrell said committee members will serve on a volunteer basis for about two years. Meetings will be held monthly. Committee applicants can send her an email at [email protected] for more information.

“We’ve got some gaps in the system; we’ve got some challenges,” Storm said at the press conference. “But the most important thing to do is get around the table and start communicating. Communication is the key to everything.”

Storm said crime victims historically haven’t been given enough attention in the criminal-justice system.
“Victims want to know that they are heard, that they are not a piece of evidence at trial, that they are not being dictated to, as to what’s going to happen [in their case],” she said.

Storm added she realizes the committee won’t be a panacea.

“Victims aren’t always going to like the outcome of the case. That’s almost going to be impossible for any prosecutor’s office to do — is to have 100-percent victim satisfaction. It’s not going to happen. It’s just not. But if you meaningfully engage that survivor, that family, throughout the process and they feel like they were heard, they were informed, they were acknowledged and they were empowered — I guarantee you their satisfaction is going to be a whole lot better than if they were ignored, dismissed, denied and violated.”

Storm said she hopes that young people and their advocates will serve on the committee.

In a related matter, Krasner was asked by PGN whether he would meet with advocates for Nizah Morris, a transgender woman of color found with a fatal head wound in Center City 15 years ago after a “courtesy ride” from Philadelphia police. Her homicide remains unsolved.
Krasner said he would.

“Yes, I would invite a meeting with people who have information or are concerned about it,” the D.A. said, in response to a question posed by a PGN reporter.

“I am familiar with many of the circumstances. I know that there was some litigation in the civil matter [relating to the case] that may shed some light onto the situation.”
Krasner also said the D.A.’s Office isn’t actively prosecuting the Morris case. “I can say a little more than I can say about a lot of cases because this is not one that is being prosecuted at this time.” n