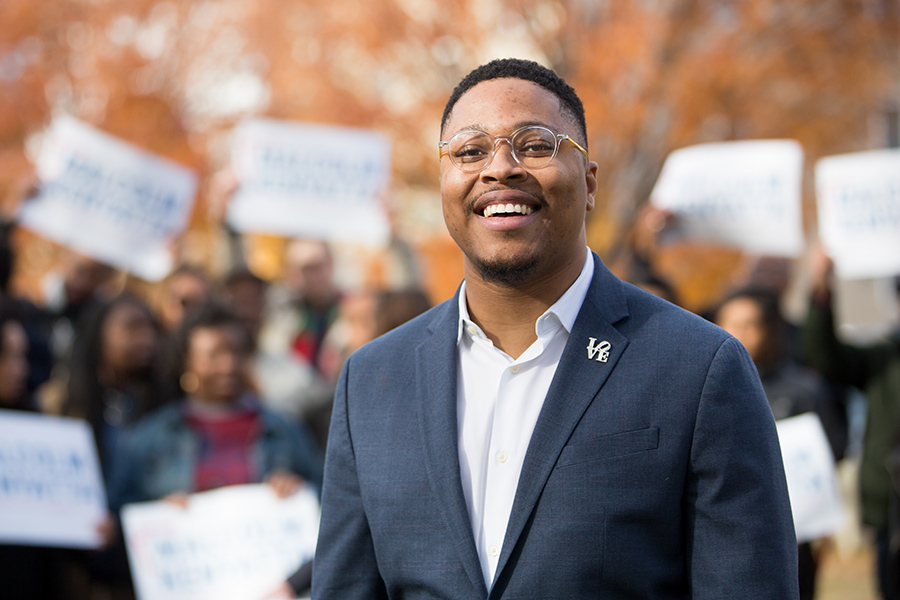 Political advocate and Democratic strategist Malcolm Kenyatta appears to be edging out his closest competitor in the primary race for state representative of Pennsylvania’s 181st House District after securing a series of key endorsements.

“Malcolm has proven himself to be a leader,” Street told guests last week during his birthday party, which doubled as his own political fundraiser at the Divine Lorraine Hotel on North Broad Street. “He’s proven himself to be someone who gets things done, and he’s proven he has a love for North Philadelphia,” he added in a press statement.

During that fundraiser, Street emphasized his need for a partner in Harrisburg to help pass effective legislation.
“People ask why Malcolm, and why this race is so important… One candidate has distinguished himself as ready to take on this important role and that’s Malcolm Kenyatta.”

Kenyatta is one of six other candidates looking to fill the 181st District seat, which covers parts of North and North Central Philadelphia, Yorktown, Francisville, Glenwood, West Popular, Northern Liberties and Old Kensington. Rep. W. Curtis Thomas has held the seat since 1989. Thomas is now retiring, and has also endorsed Kenyatta.

Other Democratic candidates include Alex Deering, Lewis C. Nash, Lewis Thomas III and Gilberto Gonzalez. T. Milton Street is the only Republican candidate in the race.

Deering, who is openly gay, told PGN he is not letting Kenyatta’s endorsements slow down his campaign. “My whole career, I’ve been running against the establishment, the people in power, the people who work within the system,” said Deering. “Endorsements can be smoke and mirrors, and not reflective of the work that’s actually happening on the ground.”

Deering said he is looking less to endorsements and more on providing resources for the community that he wishes to serve. Deering is currently a Democratic committeeperson for the 16th Ward in the Sixth Division. His platform includes driving economic development and innovative educational initiatives.

“I’m focused on what the people think and what they need,” Deering said.

Kenyatta and Deering are both openly gay candidates of color vying for the state representative position. Kenyatta said he is aware of the firsts in this race, but is focusing more on delivering tangible results.

Kenyatta is a civic and community advocate and has served as a member of numerous nonprofit and political organizations including the Liberty City LGBT Democratic Club, the Philadelphia Chapter of National Organization for Women’s Education Fund, Equality PA and the Smith Memorial Playground and Playhouse. Kenyatta said he supports a minimum-wage increase to $15 an hour, providing a fair-funding formula for public schools and creating solutions for systemic poverty that plagues his district. He added that he is a strong advocate for education reform, emphasizing the disproportionate gap in educational funding for public schools in privileged and underprivileged communities.
“Our city is never going to thrive if the people who need help the most are left behind because of systemic poverty,” Kenyatta said.
“We have some serious work to do.” n