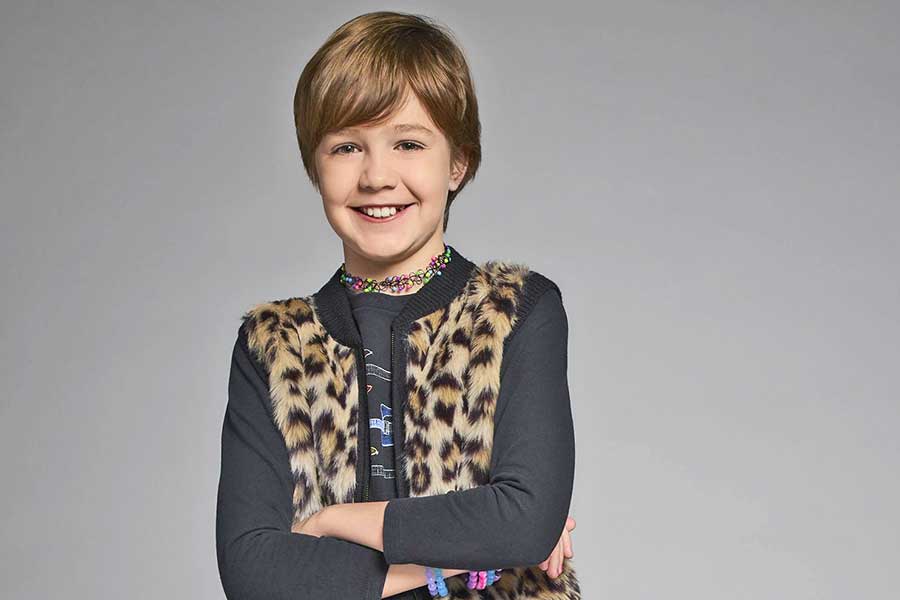 When it was announced that Roseanne Barr would be reviving her eponymous sitcom from 20 years ago, the response from both mainstream media and social media was to focus on her politics, zeroing in on the fact that the controversial comedian had revealed that she voted for Donald Trump. Her namesake character in the sitcom reboot is also portrayed as a Trump supporter. The show is already renewed for a second season.

In the premiere episode that aired on March 27, most of the latter half focuses on her grandson Mark, a 9-year-old boy who is gender-fluid. He insists on wearing girlish clothes: skirts, leggings, scarves, glittery chokers; he also paints his nails and carries a pink backpack. While Mark says he identifies as a boy, he also insists that this manner of dress is an essential part of his identity. And his single mother, former goth-girl Darlene, is determined to support him.

Darlene, with Mark and his older sister Harris, have just moved back to the town of Lanford, Il. from Chicago to live with Roseanne and Dan. The grandparents are, of course, worried about how the other children in school will react to this boy in a skirt. They plead with Darlene to make Mark dress in boys’ clothing, to no avail. Young Mark is determined to dress how he is comfortable.

Through some predictable complications, Roseanne must accompany Mark to his first day at the new school. Her fear for him is almost immediately justified by mocking derision from other students. In true Roseanne fashion, Grandma immediately steps in and not only defends her grandson, but scares the bejeezus out of the offending students.

Of course, the shows writers don’t try to tell us that Mark’s situation can be so easily resolved. But by the end of the episode, the groundwork is there for the ongoing portrayal of Mark’s struggle for acceptance as a trans kid.

Something to remember is that, in its original run, “Roseanne,” despite its small-town, blue-collar setting, was one of the most socially progressive shows on the air. It had more openly gay regular characters than any other show on network television (more even than “Will & Grace”), plus a seriously diverse roster of supporting players. The one constant thread throughout the show’s original run was Roseanne’s love and support of her family and friends, regardless of how weird, eccentric or atypical their lifestyle choices might have seemed.

That aspect of Roseanne the character, and Roseanne Barr the woman, clearly has not changed. Is this not important? Should this not be a significant part of the discussion among progressives? I think it should be, and here’s why:

First, there’s the matter of that dear, sweet trans kid Mark (played by the charming and charismatic young Ames McNamara). This is the first prepubescent trans child ever portrayed on network television. That is hugely important. Activists have long maintained that visibility, in and of itself, is a crucial component in changing the attitudes of moderate and conservative populations. The impact of the original “Roseanne” and “Will & Grace” in the campaign for marriage equality cannot be overstated. Likewise, the presence of the sympathetic Mark on a show watched by so many Trump supporters will go a long way towards planting that first seed of sympathy, or at least tolerance. The mere fact that these people will be exposed on a weekly basis to a courageous and sympathetic young boy in a skirt in the middle of Trumpland — well, no telling where that might lead.

And finally, there is an issue moderate Democrats and Republicans have been trying to inject into the discourse for a while now, which this new “Roseanne” perfectly exemplifies. Some day, hopefully soon, Trump will be gone — but his voters will always be with us. How are we ever to move past this Trump-inspired polarization? Something “Roseanne” is trying to tell us is that not all Trump supporters are racist neo-Nazis beyond all hope of redemption.

Yes, Roseanne Barr voted for Donald Trump. Yes, she is a frequently offensive provocateur. But what else is she? She is the woman showing millions of conservative Americans the challenges faced by a 9-year-old boy who wants to wear a dress … as well as those of the Trump-voting grandmother who loves him.

Can we talk about that too? n