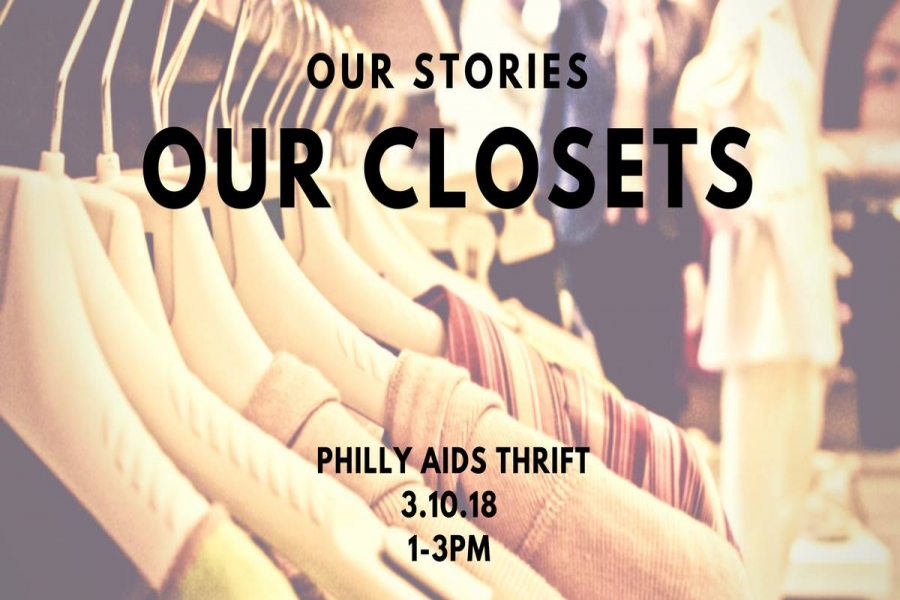 Qunify is a relatively new LGBT social group, formed less than a year ago. According to group spokesperson Dredeir Roberts, the group’s purpose is “to organize events for LGBTQ people.”

These events include social and informational gatherings.

“Through our events, we want to build a holistic community that fills a social need regardless of interest or gender identification,” Roberts said.

Qunify’s next event is “Our Stories — Our Closets,” a March 10 discussion at Philly AIDS Thrift. According to Roberts, “Our Stories” will “explore the issue of fashion and identity.”

Qunify has pulled together a lineup of speakers who run the gamut of queer fashion consciousness and gender identity. These individuals include Token, Mese and Taz, who run a clothing line called Rejected Society. In a Qunify statement, the group described itself this way: “We are a genderless clothing line that is spreading awareness while uniting society through fashion, art and entertainment.”

Then there is Ron Binary, who identifies as “a non-binary trans-masculine gender-queerdo vampire freak” and hopes to comfort those “feeling displaced and rejected by a binarist world and to bring chaos and horror to those who are complacent with the system dragging us down.”

Also speaking will be Jessica, who describes herself as “everyone’s favorite lesbian pinup girl.” Jessica is a blogger who specializes in “lingerie and everything femme.”

Also included will be Mason Billie, a non-binary trans person studying industrial design at the University of the Arts, whose senior thesis is a gender-neutral clothing line to help other people express their queer identities through fashion, according to a statement.

Finally, there is Brandon, a non-binary model interested in “wellness, gender-free self-expression and fitting vegan cuisine into your life.”

Qunify chose to hold this event at PAT because of the special relationship between queer people and thrifting, the group stated: “Thrifting is an accessible way for [queer people] to get clothing that really fits their style and show their true self to the world.”

Other Qunify events take place in a host of different venues: bars, coffeehouses and “wherever people are interested in building connections between different communities,” Roberts said. She added that Qunify’s events are intended to “gather people to foster personal connection, group community and city partnership to make additional spaces and opportunities open for all LGBTQ+ people.”

Since the group is mostly comprised of young people, Qunify networks mostly through social media. The group uses Facebook and Instagram not only to announce upcoming events, but also to foster the connections and feedback that can build community online and offline.