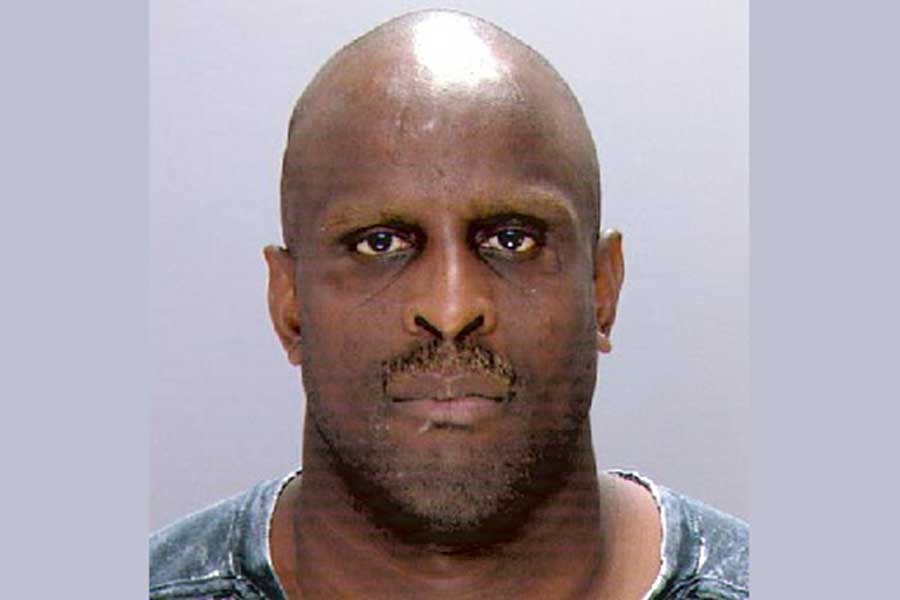 After deliberating only 28 minutes, a Philadelphia jury handed down a first-degree murder conviction for Charles N. Sargent, who brutally stabbed to death trans woman Diamond Williams five years ago.

The verdict was rendered March 6 during the seventh day of Sargent’s murder trial at the Criminal Justice Center in Center City.

“Your crime was so egregious and horrible,” Anhalt told Sargent. “Diamond Williams was an important and valuable part of the world. And you wiped her away. I hope I don’t remember you but I will always remember her.”

Sargent brought Williams to his Strawberry Mansion home in July 2013, punctured her cranium with a screw driver, dismembered her corpse with an axe, then scattered her body parts in a vacant lot and the Schuylkill River.

The defendant insisted he acted in self-defense after Williams became violent during a sexual encounter inside his home, but jurors apparently rejected his story.

The prosecutor, Kristen J. Kemp, was pleased with the jury verdict.

“I’m very glad the jurors were able to give justice to Diamond and to give her a voice in death that the defendant silenced in life,” Kemp told PGN.

Benjamin Cooper, an appellate attorney for Sargent, declined to comment, other than to note that he’ll handle Sargent’s post-conviction appeal. Sargent represented himself during the trial.

Amber Hikes, director of the city’s Office of LGBT Affairs, expressed agreement with the jury verdict.

“The news of this gruesome and horrifying crime sent shockwaves through our LGBTQ community five years ago,” Hikes told PGN. “Diamond Williams deserves justice and we are relieved and grateful for today’s guilty verdict.”

“There’s never any joy in a conviction,” Williams told PGN. “But there’s satisfaction in seeing a trans woman of color being treated equitably in the judicial system. The verdict yet again serves as a reminder that Philadelphia is truly a beacon of LGBT sensitivity and equality.”

The belated realization came as a “shock” to Sargent, and a violent argument ensued. Williams pulled out a boxcutter from her purse and demanded $40 pursuant to a prior agreement, which caused Sargent to stab her in self-defense, according to Sargent’s testimony.

“That wasn’t a plan,” he testified.

“I’m a humble guy; I’m not a troublemaker. I can be aggressive. But I don’t go around hurting people. That’s not in me. It never was in me.”

Still, Sargent admitted his overall treatment of Williams was wrong.

“I was a slimeball. I should have been hurt, at the end of the day. It was a loss all around. I lost my family. And I apologize to the community … I’m still coping with this, five years later.”

Under Kemp’s intense cross-examination, Sargent insisted he had a right to protect himself in his home. At one point, he asked Kemp: “How would you like a knife to rub up against you?”

Anhalt said Kemp didn’t have to answer the question.

Kemp focused her questioning on the excessive use of force by Sargent against Williams. When Sargent asked Kemp if she ever did anything wrong, the prosecutor retorted: “No, I’ve never chopped up a body and thrown a pelvis into a river.”

Sargent repeatedly misgendered Williams during the trial. At one point, Anhalt corrected Sargent and told him to refer to Williams in a manner consistent with her gender identity.

Due to an evidence-retention mishap at the city Medical Examiner’s Office, blood collected at the crime scene couldn’t be linked scientifically to Williams. But despite the mishap, Kemp presented a strong case for the first-degree murder, which jurors accepted.

Outside the courtroom, LGBT advocate Frank Potopa said he wanted to honor Williams’ memory by attending the trial.

“I want to give support to the spirit of Diamond Williams,” Potopa told PGN. “I also want justice served and I’m very happy that jurors rendered a guilty verdict.”