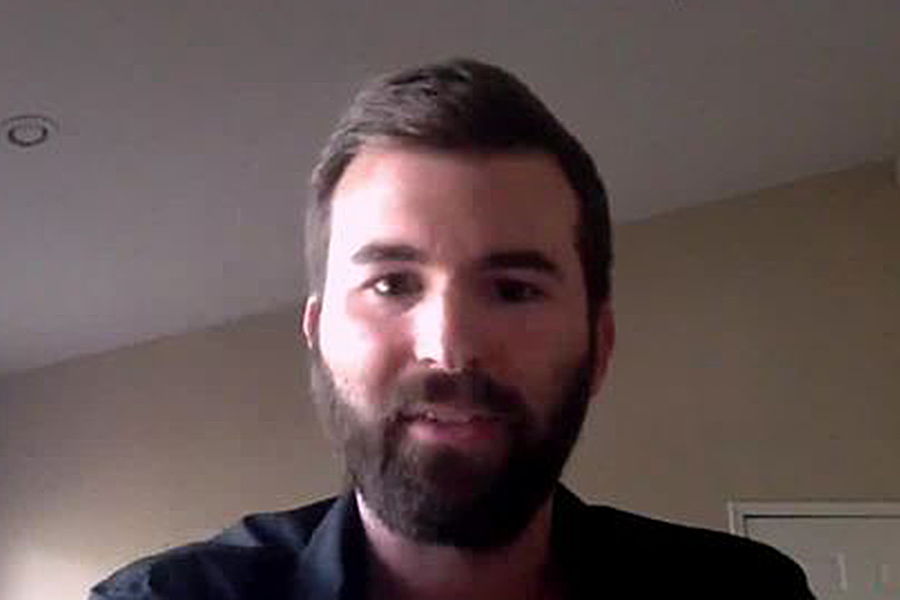 Confession: I haven’t been watching the Olympics. I’m not against it or anything. I just have other shit to do.

But I’ve been seeing on the internets that a certain Adam Rippon has been ice skating on rainbows, and skier Gus Kenworthy is also out and proud in Pyeongchang representing the U.S.

In fact, Rippon and Kenworthy make quite the pair on Instagram, where they’ve posted some unbelievably handsome/adorable/are-these-men-even-real-how-can-they-look-so-perfect photos.

Under a shot of the men with their arms around each other, Kenworthy wrote: “I feel incredibly honored to be here in Korea competing for the U.S. and I’m so proud to be representing the LGBTQ community alongside this amazing guy! Eat your heart out, Pence. #TeamUSA #TeamUSGay” followed by American and rainbow flag emojis.

Kenworthy’s dig at Pence caused some understandable controversy. Telling Pence to “eat his heart out” is incredibly unfair, as there’s no evidence that he has a heart to begin with. I mean, a fleeting glance at Pence’s long anti-LGBT history as Indiana governor, in Congress and now as vice president will show you that Pence is a cruel and hateful little man.

But cruel and hateful men are running the country right now, so that’s fun. GOOD WORK, AMERICA. Please Jesus, go vote for Democrats in every election for the rest of your life, because it’s doubtful any of us will live long enough to see the Republican Party redeem itself in any meaningful way. (Note to Log Cabin Republicans: Get everyone out of the cabin safely and burn it down.)

Anyway, the Rippon/Kenworthy bromance (or maybe more, who knows? That’s their business. But I’ve heard rumors about what happens in the Olympic Village that would make Pence go running for mother) has angered some.

One such person is Brandon Morse, a writer for Red State. In a Feb. 12 piece, Morse writes that “the shock value of being homosexual is pretty much all but dissipated. A man announcing he’s gay in today’s society is worth about a shrug.”

In other words, gay Olympians are so boring that Morse had to spend 700-plus words writing about them, but OK.

Morse laments that “the two men turned their sports expedition into a political one, and every action they had there was tainted with it.”

As if the Olympics aren’t already infused with politics. And anyway, “tainted” is an ugly word. Here, I fixed it: “every action they had there was FABULOUS with it.” Much better.

In an effort to defend the vice president, Morse posted a tweet from Pence to Rippon that read, “I want you to know we are FOR YOU. Don’t let fake news distract you.”

But the thing is, Pence’s long anti-LGBT history isn’t fake news. It’s real life. Expressing support for Olympic athletes is also, like, the bare minimum a vice president can do. It’s hardly a repudiation of his anti-LGBT agenda. Besides, Pence is one impeachment away from the presidency and he’s hand-picking anti-LGBT judges for Trump to give lifetime appointments to. Pence has the power in this dynamic.

But Morse appears to see Kenworthy and Rippon as a couple of mean girls.

“It seems to them,” Morse writes, “their sport was just the ticket to the political platform from which they now grandstand.”

Granted, Olympic athletes start training when they’re practically still in diapers, but sure, Kenworthy and Rippon probably decided to dedicate their lives to their respective sports because they hoped one day that the country they live in would elect leaders who hate them and they’d be able to swing their medals around in defense.

Morse might think that being a gay athlete is boring, but what’s really boring is another straight guy’s take on how gays need to shut up. After all, the shock value of being a homophobe is “pretty much all but dissipated.”